Ontario lawyer works with those representing themselves, but who need specific help

Ontario lawyer James Cooper sees the legal power imbalance a lot – the gap between someone with an issue who enters the court system without a lawyer, up against an adversary who has a law practitioner on their side.

And sometimes, even if the two sides of a civil or family law matter are representing themselves, there is a power imbalance with the legal system itself.

Cooper is one of the few lawyers in Ontario to exclusively focus on providing “limited scope” services to self-represented litigants. He describes it as a “tricky” specialty, given that he is often retained to deal with specific tasks that are only part of what may otherwise be an extremely complex case. 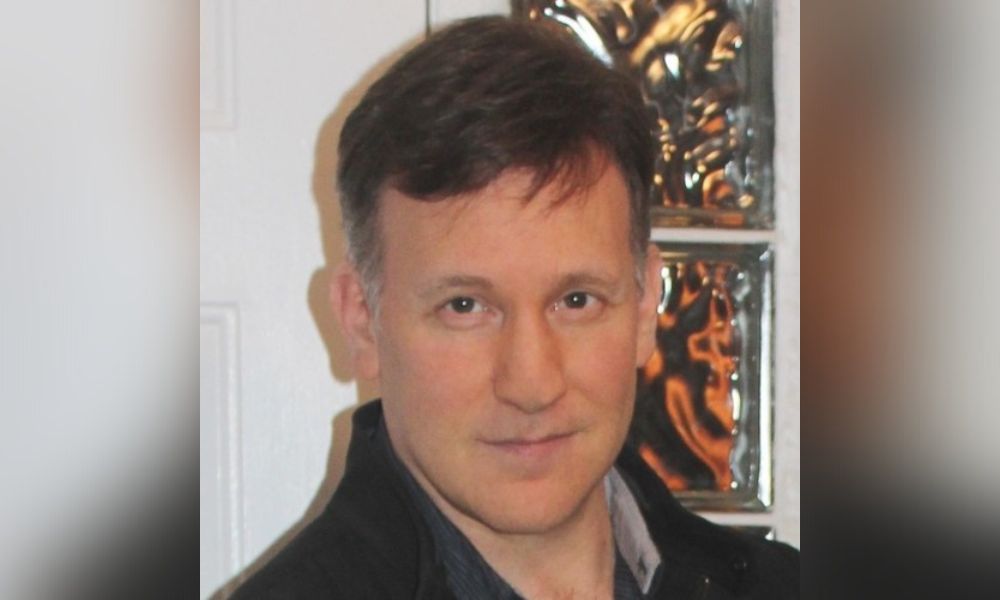 Based in Richmond Hill, Cooper provides flexible limited retainer arrangements and specific legal help for self-represented litigants in both civil litigation and family law cases, as well as for more sophisticated clients concerned with managing their legal fees. He conducts legal research, makes court appearances, drafts pleadings, motions, affidavits, factums, and settlement negotiations, court regarding litigation matters. Even before the COVID-19 pandemic, he was moving towards remote consultation, but now uses that format almost exclusively.

Cooper has also conducted Law Society of Ontario CPD accredited presentations about legal research and practice management and is a member of the society’s Coach and Advisor Network. He hopes to educate law firms and mediators toward taking a more evidence-focused approach in the application of case law research, and "war-gaming" a client's prospects for success or failure in a legal action.

Cooper says he feels he plays an important role in helping self-represented litigants make the best legal argument to get what they want out of the judicial system. And, as legal aid resources get cut back for civil cases, the number of SRLs is growing. Cooper says, by some estimates, about 60 percent of litigation cases involve self-represented parties.

According to a 2013 paper released by the National Self-Represented Litigants Project (NSRLP), the majority of litigants in Ontario are self-represented at the time of filing.  The NSRLP reported that, in two of the busier downtown Toronto courthouses, close to 75 percent of family court applicants were self-represented. In the context of accessing justice, Cooper says, the “more disturbing” finding by the NSRLP was that 75 percent of self-represented litigants failed at trial when going up against a represented party.

There are many reasons why people end up representing themselves on civil matters, Cooper says. The first reason is often financial. “Litigation can be extremely expensive,” he notes, and many who have little knowledge or experience with the law, feel that legal representation is an all-or-nothing matter, that it’s full carriage or nothing.” They don’t realize that you can pay for “unbundled” services as you need them.

A poorly resourced litigant is more likely to jump from one lawyer to another, which can break the continuity of a case, Cooper says. Deadlines may pass, clients may not understand the strategy their former counsel was planning, and the new lawyer must orient themselves to a matter that has long been in litigation.

As well, among the more psychologically draining and stressful tasks faced by unrepresented parties are the formalities of filing, serving, and document preparation.  In contrast, most lawyers have paralegals and legal assistants to perform these duties with these duties, freeing them to concentrate on “the more substantive aspects of a case.”

The other type of SRL Cooper comes across are those who may be “well resourced and able to pay” but they have already gone through one or two lawyers and were not satisfied.

“They didn’t get anywhere, so they are going out on their own and they are contacting me because they’ve seen my website or have been referred, and they have a discreet task they want me to attend to.” These clients are often “pretty competent” and have a good handle on their case but want a lawyer to sharpen the tools.

What both types of clients have in common, Cooper points out, is that “they're coming to me because there are procedural questions, and they need procedural legal help.”

While the Rules of Civil Procedure are an important part of standardizing how legal issues are dealt with ae even out the playing ground for all parties, Cooper says they have evolved into a “weaponized tool” in the hands of a party can afford the legal resources to keep the other party from effectively putting forward their case. This can also be a huge financial drain, bogging down the case with issues like how evidence is presented, and how documents should be served.

The Canadian Judicial Counsel recognized in a 2006 statement of principles on SRL that “judges, the courts and other participants in the justice system have a responsibility to promote opportunities for all persons to understand and meaningfully present their case, regardless of representation.” However, Cooper says, this hasn’t necessarily meant that working through procedural rules has gotten easier.

Cooper also makes a distinction between providing “legal information” to a SRL and “legal advice” or coaching. The former deals with deadlines and what’s needed to properly fill out a form, for example, while the latter deals more about case preparation, evidence, and communicating that evidence to a judge. “You can’t let emotions overtake you.”

There are many lawyers who can offer unbundled services, Cooper says, and some will offer case evaluation, but the type of client who can benefit from Cooper’s practice are those who have been through the legal system and have become frustrated and have concluded the system is somehow corrupt. “They become stalled, and need someone to help them clarify what the ‘seed’ of their case is,” he says. “And if you can’t communicate the seed of your case in one or two sentences, you are going to fail in court.”

Cooper says that some clients who are representing themselves “want to tell the novel of their lives and have a problem getting the point.” So, meeting with a lawyer who is experienced in getting SLR to take the “fat” off their cases can often be seen as a form of therapy to get them on the right track legally.

So, one of the biggest challenges of a lawyer who helps a SRL get their case together, Cooper says, is to “be a good listener” and at the same time understanding that “time is money.” This requires techniques to keep those who represent themselves on point to distill the case to its essentials.

“It's an art to use the phone consultation to distill things efficiently,” he says. “I always warn those looking for a consultation that I am going to interrupt you and to not be upset by that.” He also finds that talking things through with a client or potential client can help shed light on a case that they have lived with, in many cases, for years. “It can give them a new perspective.”

Another rule he has adopted is to “not be a pawn of clients.” Some lawyers are “so eager” they may take a job they shouldn’t. “I always tell my clients, I’m going to tell you what you need to know, not what  you want,” he says. “You have to manage the client’s expectations so as no to enable them into becoming vexatious litigants.”