A Law Society of Upper Canada committee has reversed its position to end the Law Practice Program. 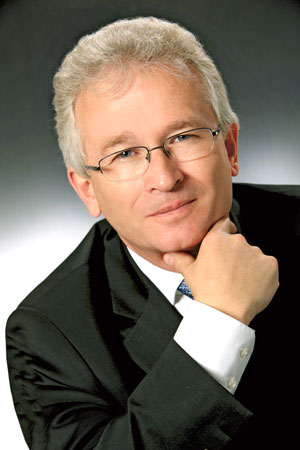 The LSUC’s Professional Development and Competence Committee initially recommended scrapping the alternative to articling, but it has endorsed extending the pilot program for an additional two years after hearing from an avalanche of LPP supporters.

“The majority of the stakeholders who provided comments were strongly of the view that it was too early to give up on the LPP and that we should extend it for two years, while the Law Society develops a longer-term strategy for the licensing process,” Peter Wardle, the committee’s chairman, said in an email.

The committee’s reversal came after it received 93 submissions from individuals, 104 comments linked to a petition and 32 letters from various organizations, schools and legal clinics.

Wardle said the law society will need more time to consider articling and other aspects of licensing.

“The Committee believed it important to take the views of our stakeholders into account in its final recommendation,” he said.

The committee’s original report had argued that LPP candidates are perceived as second-tier, even though it said there was no evidence to prove they were actually inferior. It also said the program needed to end as it was not sustainable, and had lower enrolment numbers than was hoped for.

LPP administrators at Ryerson University and the University of Ottawa applauded the recommendation to give the program two more years.

“We were pleased to see that the committee responded to the overwhelming support we have been seeing,” said Anne Levesque, a co-director of the francophone program at uOttawa — Programme de pratique du droit.

Chris Bentley, the executive director of Ryerson’s program, thanked the committee for “taking another look,” and he thanked those who sent submissions.

“This is another example and a very important example of how important it is for organizations and people to let decision-makers know what they think and why,” he says.

The final report said that the majority of committee members reflected on the submissions that cautioned the law society about ending the program at too early a stage.

“Consultation is a meaningful, not pro forma, process and the Committee has taken what it has heard into account in formulating modified recommendations to Convocation,” the final report said.

The LPP was first proposed as a five-year pilot, but Convocation trimmed it down to three years over the fear it might become “entrenched,” before the law society could properly evaluate the program. And with the shortened pilot came less data in order to conduct that evaluation.

The report highlighted some of the main concerns of the submissions, which included a worry that not enough data has been collected to properly analyze the LPP.

The original report based the existence of a perception of a second tier on data it had gathered in surveys from LPP candidates. It found that 62 per cent of candidates in the program’s first year did not choose the LPP as its first choice. In the program’s second year, that number grew to 73 per cent.

The report, however, had insufficient data to come to any conclusions on the perceptions of potential employers.

“The Report offers no evidence of a stigma or perception of second-tier status within the profession at large,” said a submission by the Ontario Bar Association.

The uOttawa program criticized the report for lumping data from both programs in together. The francophone program conducted its own surveys that showed only 12 per cent of the candidates in its first two years chose the program because they could not get an articling position. Other submissions called for a concrete plan to be put in place before any decision is made to end the LPP.

Some submissions also railed against the “disconnect” between the recommendation to end the LPP and the LSUC’s report on the barriers faced by racialized licensees.

In its submissions, the OBA also criticized the short amount of time to respond to the original recommendations, which were presented to Convocation on Sept 22.

Those who wanted to submit comments were given just three and a half weeks as the law society was under a tight deadline to alert the program’s providers if the LPP was going to be cancelled.

“In our view, the allotted timeframe is entirely inadequate for the bar to meaningfully comment on the numerous important issues within the Report, both with respect to the cancellation of the LPP and the proposed changes to the lawyer licensing process,” the OBA submission said.

Opponents of the program have also said it is costly for both LPP candidates and articling students whose own fees have increased to help pay for the program. Some submissions recommended exploring alternative financing methods, such as increasing licensing fees for lawyers, or requiring LPP candidates to pay the full fee with help from bursaries and loans.

Benchers will vote on the final report’s recommendations on Nov. 9.