San Francisco-based labour and employment giant is expanding into Canada after snapping up almost all of the lawyers from a well-established Toronto boutique practice. 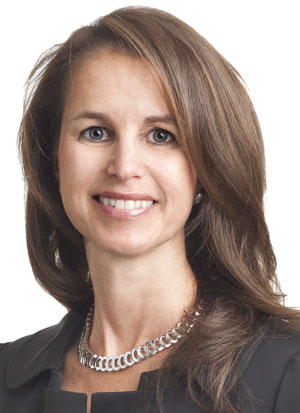 Last week, Littler Mendelson PC, which claims to be the world’s largest labour and employment firm representing management, announced it had opened an office in Toronto with seven lawyers. All but one of the seven, office managing shareholder Sari Springer, are from Kuretzky Vassos Henderson LLP.

It’s the latest move in a series of expansions Littler Mendelson has been undertaking recently, especially in North, Central, and South America, the firm says. It now has more than 1,000 lawyers in 67 offices.

“Littler has been searching the Canadian marketplace for some time to establish this office,” says Springer, who joins the firm from Cassels Brock & Blackwell LLP.

“It was a natural foray for them to head north into a very robust Canadian economy, and after due diligence on all of our sides and speaking with various people at Littler and then as well speaking with the Kuretzky Vassos people, we all decided together to join our forces and become the new Littler Canadian office.”

The new office allows Littler Mendelson to better serve U.S.-based companies operating in Canada, according to Springer. “It’s just a natural expansion for them to have their own team members up here servicing their own clients in a different jurisdiction so that there is cohesion amongst the lawyers, there’s institutional knowledge that is shared amongst us, and it makes sense for the firm and the clients to have one firm servicing their needs worldwide.”

But the move will also mean more work for the Canadian lawyers, she says. “Quite a number of our clients have operations in the U.S., and we now will have connections with our U.S. partners to work together or make cross-referrals to one another, so it’s certainly a win-win on both sides of the border.”

Littler Mendelson declined to term the move a merger, although Kuretzky Vassos Henderson, according to Springer, will no longer operate.

Most of the lawyers formerly at Kuretzky Vassos Henderson have joined Littler Mendelson, Springer confirms.
The firm lists 10 lawyers on its web site, although Howard Levitt, senior partner with Levitt & Grosman LLP, says Kuretzky Vassos Henderson actually had fewer lawyers before the move. Those who joined Littler Mendelson represent “pretty much what’s left of the firm” other than its 20-year labour relations veteran, James Henderson.

Springer declined to comment on Henderson’s reasons for not joining Littler Mendelson. According to the Canadian Law List, James D. Henderson currently works for labour and employment firm Grosman Grosman & Gale LLP. Law Times was unable to reach him last week at the firm.

“I think it was reasonably well known in the employment law legal community that the firm was looking to do something over the past couple of years in terms of merging, amalgamating,” he says.

However, the move has Samfiru scratching his head given that the two firms have historically focused on opposite specializations within the labour and employment field.

“Kuretzky Vassos is an excellent firm — great reputation, been doing employment law for many, many years. However, they’re more identified as being on the employee side, whereas the American firm are exclusively a management-type firm. Not to say these lawyers aren’t perfectly qualified to do excellent work on the management side, but it wouldn’t be a natural leap that I would make. . . . So that I found somewhat surprising.”

Levitt agrees, saying that by joining a firm that specializes in management work, the former Kuretzky Vassos Henderson lawyers may have to give up a considerable part of their business. “From Kuretzky Vassos’ perspective, I guess, the other offices of this firm would refer whatever Canadian work they have to the firm, so it’s a good marketing ploy that way. But other than that, I don’t see any advantage to it,” he says. “I would guess it would damage them if they have to give up their employee side.”

Springer confirms that management work will continue to be the focus of Littler Mendelson’s new Toronto office but she insists the move will still be a gain.

“We up here in Canada will now have a client base from the U.S. which is incredibly substantive and formidable and serves as a wonderful springboard for us to attend to the clients’ needs in their Canadian premises,” she says.

Doug MacLeod, principal at the MacLeod Law Firm, says the Toronto lawyers might be able to charge higher hourly rates to the global corporations they would serve as part of Littler Mendelson.

The relative complexity of Canadian labour laws, says Samfiru, can make expanding into Canada attractive to U.S. firms. “An employment law practice generally would be more profitable in Canada than the U.S. simply because there are more laws governing the employment relationship here in Canada, so there’s more work for lawyers to do in helping to navigate those laws,” he says.

Both Levitt and Samfiru, however, say the arrival of the U.S. giant is unlikely to shake up the Toronto labour and employment scene.

“I think it’s business as usual,” says Samfiru. “We have some pretty big giants here ourselves in Canada with some huge, huge corporations, and I’d be very surprised if the American firm would be able to pry any of those clients from the big firms here. I don’t necessarily see them being more than a small- to-mid-sized player here.”