The latest attempt to bring the presumption of equal shared parenting to child custody matters in Canada has failed. 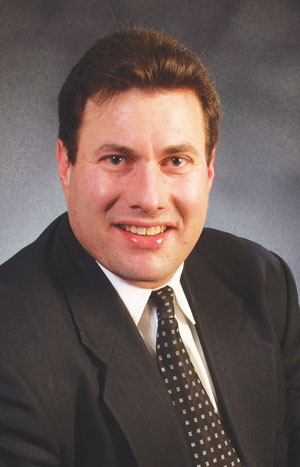 Bill C-560, legislation introduced by Saskatchewan Conservative MP Maurice Vellacott, went down to defeat on second reading. The bill would have amended the Divorce Act in a number of ways, most prominently to prescribe that judges should start from an assumption that parents should have equal custody unless giving one side a greater share could demonstrably enhance the best interests of the child.

Brian Ludmer, founding partner of Ludmer Law and co-founder of Lawyers for Shared Parenting, wrote the language in the bill. He was surprised and disappointed the bill didn’t at least make it to the committee stage.

“What were they so afraid of that they couldn’t let it get to committee for further study? You know what they were afraid of in my view? That the committee would say there’s a lot of merit to this. I think this got shut down because they didn’t want to hear a further study and to hear there’s actually merit.”

Equal shared parenting has become a major cause for fathers’ and men’s rights groups internationally. Proposals similar to bill C-560 have surfaced during several parliamentary sessions but have yet to make any headway.

Ludmer points to social science literature, much of it by Edward Kruk, a social work professor at the University of British Columbia, that argues equal shared parenting is in the best interests of children.

“The social science literature tells us that the closer you get to 50/50 and two primary parents, the better the outcomes,” says Ludmer.

Currently, judges try to determine an arrangement that’s in the best interests of the children. Ludmer argues the approach often leads to needless litigation that’s actually bad for children.

John-Paul Boyd, executive director of the Canadian Research Institute for Law and the Family, believes proponents of equal shared parenting misunderstand the reasons custody arrangements often end up favouring one parent over another.

“If the parent who has not been the stay-at-home parent is still working full time, why on earth would you arrange a 50/50 set of parenting arrangements?”

And while he agrees there are some studies that show an equal parenting arrangement is best for children, there are also a large number of reports that come to different conclusions.

“In fact, if there is any consensus in the literature, the consensus tends to gather around the idea that there is no particular parenting arrangement which is presumptively best for all children,” says Boyd.

While Boyd is against a presumption of equal shared parenting, he thinks it’s wrong for a judge to impose any sort of presumption.

“The only issue I have is that there should be a presumption about any kind of parenting arrangements, whether it’s shared parenting or some sort of primary-caregiver-plus-weekend-parent kind of thing. Both of those presumptions are wrong-headed.”

Many people involved with the fathers’ rights movement argue that since a significantly greater number of women receive a larger share of custody in separation cases between heterosexual couples, the courts have a bias against men. Boyd, however, argues the disparity reflects the fact that women, for a variety of economic and social reasons, tend to be the primary caregiver before separation. Courts simply maintain that.

“After all, the status quo is an arrangement that the parents themselves agreed to. They together made the economic and social decision that this particular parent would be the parent staying at home caring for the children,” he says.

“And so the judge makes an order carrying on the status quo on the basis that this is the arrangement that the child is used to, but also just from a purely logical perspective, this is what the parents themselves had agreed to.”

Boyd argues there are many reasons women tend to be the primary caregiver before separation. For example, women on average tend to earn less than men and, as a result, are more likely to leave their jobs or take on part-time work.

Another reason women become the primary caregiver, according to Boyd, is mothers have the ability to breastfeed, something many families want to do for their children. But Boyd says that even without these two realities, women still end up with most of the childcare work.

“Even if you were able to strip away the economic part of it and biological part of it, there’s still the sociological expectation that we continue to be acculturated with, this idea that moms are the perpetual caregivers and the idea that dads work outside the home,” he says.

Another aspect of the bill that worried Boyd was that it would have retroactively applied to all divorce orders made in the past.

“You can imagine the tidal wave of annoyed people flooding into court saying this is what should apply to me,” he says.

He didn’t oppose all aspects of the bill.

“One of the good parts was finally overhauling the antiquated and adversarial language with which we talk about the care of children, which is custody and access, which of course places the locus of the right in the hands of the parents rather than the hands of the children,” he says.

Bill-560 would have changed that language to instead talk about parenting time and parental responsibilities.

Ludmer maintains that in addition to providing better outcomes for children, the bill would have had the added benefit of clearing up some of the backlog in the family courts.

He argues other proposals, such as funding more mediation or making it mandatory, have failed to fix the problem.

For “the types of people who don’t settle their own affairs with the assistance of lawyers, mediation was always available,” he says.

“They’re not the type of people who are going to settle because you have mandatory mediation.”

“And these types of people, the people that are so intent on marginalizing the other parent, they don’t hire collaborative lawyers in the first place. They hire lawyers who are going to fight this case and win this case for them,” he says.

Instead, Ludmer sees equal shared parenting as the only long-term solution to the problem.

“The answer is you need a default position to make it more difficult to litigate,” he says.

“And then guess what happens? Then the backlog gets cleared up, and suddenly you’ve got court time available for the cases that really need it, the troublesome situations.”

Although currently only the Green Party of Canada supports equal shared parenting, Ludmer is adamant.

“We’re not dissuaded; it is the only answer,” he says.

“We’ll keep going and hopefully it will become an election issue for the benefit of children.”