The duck test — “If it looks like a duck, swims like a duck, and quacks like a duck, then it probably is a duck” — captures the essence of Jajj v. 100337 Canada, a labour and employment case that concerned the novel issue of whether the law, in dealing with lawyers who practise in association and arguably hold themselves out to the public as a law firm, should treat them as such and hold them to the same conflict of interest rules as those in partnerships. 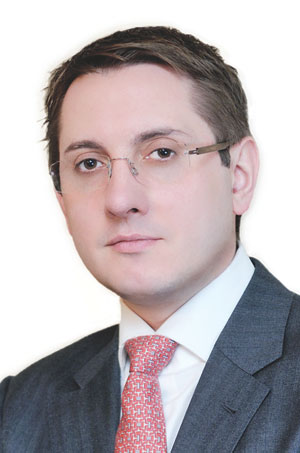 Sitting on appeal from a master’s order, Superior Court Justice David Stinson concluded the same conflict requirements apply in both modes of practice. Aside from clarifying the law of conflicts of interest, Jajj offers insights into addressing vulnerabilities that may threaten a client’s confidentiality when retaining lawyers who practise in association.

In response, BJ Supermarket’s lawyer, Gregory Sidlofsky, wrote to Alexander stating that Fox’ previous advice to his client put the Davenport Law Group in a conflict of interest and asked him to
remove himself from the record. Alexander refused. In his opinion, Fox didn’t act for BJ Supermarket in the ensuing litigation but merely provided it with general employment law advice.
Consequently, BJ Supermarket brought a motion to remove Alexander as lawyer of record.

In dismissing BJ Supermarket’s motion, Master Benjamin Glustein opined that while the presentation of an association as a collective entity could lead to a reasonable perception by a client that a lawyer is working in a law firm with other partners and associates, it would be inappropriate to presume that a practitioner who meets with someone would then discuss the matter with colleagues or conduct a common conflicts check. Such a presumption would be contrary to the lawyer’s professional and ethical obligations set out in Rule 2.03(1) of the Rules of Professional Conduct that compel a practitioner not to disclose anything about a client to someone else in the association. That includes the fact of someone consulting or retaining the lawyer.

Glustein concluded a reasonably informed client wouldn’t expect the lawyer to share confidential information with any other practitioner in the association, thereby distinguishing Jajj from MacDonald Estate v. Martin. In that case, the Supreme Court of Canada created a presumption that in a law firm setting, a client’s reasonable expectation is to infer that lawyers discuss files and as such, firms must establish that protective measures were in place to prevent the disclosure of confidential information.

Without a presumption of disclosure of confidential information, the court must review the evidence to determine whether the lawyers have separate practices. If they do and there’s no evidence of any disclosure of confidential information, disqualification isn’t appropriate. Having found Alexander and Fox had separate practices, bank accounts, and conflict-check systems and given the fact Fox never discussed the issues raised in his meeting with BJ Supermarket with Alexander, Glustein dismissed the motion.

On appeal, Stinson observed that Alexander and Fox hold themselves out as lawyers practising under the name Davenport Law Group and they share the same business address, premises, telephone and fax numbers, and suffix for their e-mail addresses. Their letterhead and business cards disclose neither that Davenport Law Group isn’t a partnership nor that it’s an association of independent practitioners. The absence of any precaution to prevent sharing of confidential information pertaining to the clients of any particular lawyer concerned Stinson. For example, he pointed out that all of its lawyers share a common fax number, yet there’s no evidence regarding how they deal with fax communications to prevent disclosures to the wrong person.

Of note is Stinson’s instruction that lawyers who practise “in ‘association’ ought to maintain some form of common conflicts search system in order to avoid the very type of problem that has arisen in this case.”

In light of Jajj, lawyers who practise in associations should take a number of measures:

Not hold themselves out as anything the public would mistake as being a law firm partnership. They must make it clear they’re practising in association on their letterhead, business cards, and web site. If they fail to do that, they run the risk of disqualification.

Develop and implement mechanisms designed to prevent impermissible disclosures of confidential information pertaining to a client of any particular lawyer.

Instruct their shared support staff to take precautions aimed at maintaining confidentiality and dealing with such things as mail addressed to an association, direct information, and telephone communications.

Consolidate their individual conflicts search systems in order to detect, warn of, and respond appropriately to situations where overlaps and potential conflicts exist with the clients of others in the association.

Jajj makes it clear that if lawyers who practise in association hold themselves out to the public as being part of a law firm, the court will treat them as such and subject them to the same disqualifying conflict of interest standard as practitioners in law firm partnerships. This expectation flows not necessarily from concerns about the misuse of confidential information but from the need to preserve the public’s confidence in the administration of justice.

For more, see "Law firm standards applied to associations" and "Lawyers in association get confidentiality reprieve."

Nikolay Chsherbinin is an employment lawyer at Chsherbinin Litigation and author of The Law of Inducement in Canadian Employment Law published by Carswell. He can be reached at 416-907-2587, [email protected] or nclaw.ca.