Can you steal something that doesn’t physically exist? Is portrayal of a criminal act in the virtual world prosecutable in the real world? 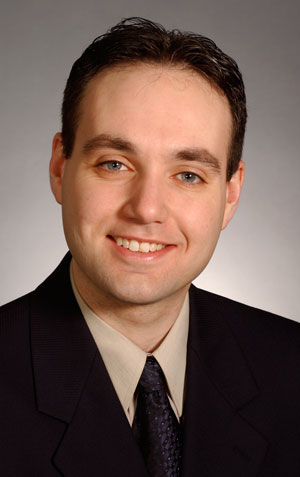 These aren’t trivia questions or a first-year law school essay challenge. It’s part of a burgeoning area of law driven by the rise to prominence of websites like Second Life and Weblo, where participants exchange real dollars for two-dimensional items or artificial real estate, and where they are jealously guarding trademarks and copyrights.

The most prominent of the virtual sites is Second Life, and while it may be the playground of thousands of people who have too much time, too much money, and no real life, it’s also enough of a phenomenon for major brands like IBM, for example, to create a virtual presence where they make major announcements in parallel with the real world and showcase their technology and history.

As such, about $1 million changes hands on the site every day, and that’s why over the past year it’s also attracted a flurry of lawsuits that have brought the issues of copyright, intellectual property, and property rights to the forefront.

The starting gun was fired last May when attorney Marc Bragg from Pennsylvania sued for $8,000, after Linden Labs, which created and owns the Second Life site, shut down his account. He claimed the company improperly confiscated his virtual real estate holdings and other properties.

A few months later, after a judge ruled that Linden Labs couldn’t hide behind its terms-of-service agreement, because it provided only one-sided remedies, the site reported the dispute settled, and the account under the online moniker of “Marc Woebegone” was restored. Terms weren’t disclosed under a confidentiality agreement.

It was the first of several lawsuits that year involving Second Life, and, as London, Ont. lawyer David R. Canton, who specializes in technology issues and privacy at Harrison Pensa LLP, predicts in his year-end blog, expect to see more in the coming months.

“It’s similar to when the internet first came around; it seemed a different world where laws couldn’t apply, but that concept and notion really didn’t fly,” he says.

There are many virtual world issues such as property rights and even assault that have yet to be tested in the real world, says Canton. “If you described a robbery and murder in a book or a movie, for example, there’s no liability. But, in the virtual world, if your avatar [an animated representation of the user or player] engages in sexually predatory behaviour towards children, I don’t think it would be socially acceptable.”

For the most part, he says, players might expect the owner of the site to adjudicate, which raises the premise of virtual courts.
Even then, it presents a challenge, says Canton.

“In our society we have spent centuries refining our legal system,” he says, questioning whether the same principles would apply in the virtual world courts and what responsibilities the site’s owner might have to bear in the real world as a consequence of incidents in their virtual domain.

If online players in Second Life amass virtual property and another player steals or copies that property, is the aggrieved player entitled to copyright protection of what constitutes intellectual property, he asks. As it turns out, in the U.S., the answer is yes.

Indeed, after the Bragg notice was served, more disputes emerged on Second Life, including one involving high-profile player Kevin Alderman, who claimed his SexGen bed - a piece of furniture that has a catalogue of animations that purchasers can use to assemble an adult film, using their avatars as their “actors” - had been copied by another user.

Alderman, whose company, Eros, made $50,000 when it sold a virtual island modeled on Amsterdam’s notorious Red Light District a year before, sued for copyright and trademark infringement, demanding $75,000 in damages from 11 defendants in New York U.S. District Courts last October.

He was joined by five other plaintiffs who similarly alleged that the lead defendant, Thomas Simon, aka “Rase Kenzo”, and 10 others named as John Doe 1 through 10 (whom, it is alleged, were either aliases of Simon’s or were acting for him) distributed cloned items, ranging from boots to “skins” - male and female body representations of avatars that users can use to make themselves appear nude or sexually aggressively dressed - to floor lamps and other items.

The matter was settled when Simon agreed to pay damages of about $500.

And, as more reports surface, it appears luxe goods - or just desirable goods - are being targeted for more than just sexual gratification. Second Life denizens can buy knock-off Ferraris - for about $7.50 - or copies of Cartier jewelry.

So far, those real-world icons haven’t reacted but they may be caught in the same hesitation that some brick-and-mortar companies found themselves in at the onset of the web.

Businesses that were also slow to react to the internet found themselves fighting an initial uphill battle to evict the cybersquatters who had jumped the gun and registered company names as web site domains. And to some extent it’s still going on - it’s just more blatant on Second Life.

“Certainly from a trademark perspective, the internet continues to present a lot of challenges, though not in the same way as it did in the beginning,” says Antonio Turco of Blake Cassels & Graydon LLP in Toronto, a specialist in IP, technology, and internet domain-name dispute resolution.

While disputes in the real world over IP still outweigh those in the virtual, it remains an arena worthy of a watching brief.

“There are still those who use the grace period in registering a site and having to actually ‘pay’ for it to do what’s called ‘kiting’ or ‘tasting’, in that they register a domain with an existing company’s name or brand name product and then ‘sample’ the traffic to see if it can generate enough returns to make their investment worthwhile,” says Turco.

Often they’ll use a dot-ca designation, since the real company may have registered just the dot-com domain, he says.

But experience over the years with the internet and cybersquatters - and clear direction from the courts - means it usually only requires a “cease-and-desist” letter to the registered owner to shut them down. Because the amounts of money generated are small and the sites usually obscure, proving and litigating for damages is usually unwarranted.

“These guys realize they’ve had their run and that it’s not worth fighting and move on,” he says.
Still, he says, there’s still some confusion among companies about their trademarks online. Some e-retailers put up trademarks on their site without permission, assuming they have consent to do so because they sell that brand.

On the other hand, some manufacturers think they can still control depictions of their trademarks online in the same way they do in stores or in print, stipulating how big the images must be and that it may not be in juxtaposition to their competitor’s - something hard to do online, especially if items in a e-retailer page load randomly.

Just as the internet grew out of its Wild West frontier mentality as it matured, so too will the virtual world, says Sarah Dale-Harris of Davis LLP, which itself has a virtual presence on Second Life.
As if in reaction to the claims of trademark and copyright infringement controversies, Second Life now has a Second Life Office of Intellectual Property, though Dale-Harris is somewhat skeptical.

“We are very careful not to offer legal advice on the site, but these guys are apparently doing this for free,” she said. “Registering your trademark or copyright through the site doesn’t seem to have any teeth. If it has value why wouldn’t you register it in the real world?

“Still, people are talking this all seriously and everyone is watching to see what the courts will do with a case.”