Lawyers say a recent decision clarifies procedures around administrative dismissals just as a potential wave of dismissals is expected in the new year. 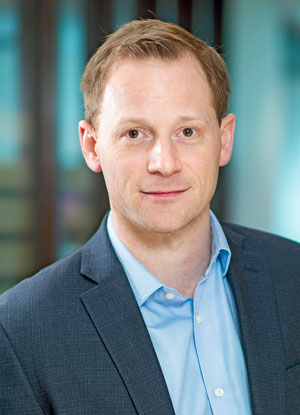 In Apa Holdings Inc. v Duscio, Ontario Superior Court Justice C.S. Glithero refused to grant an extension of time to restore an action to the trial list, as the Divisional Court was set to hear an appeal in the case.

Apa Holdings Inc. first started the action, which is a construction lien matter involving a claim for $250,000, in October 2006 and it was struck off the trial list in September 2009.

In September 2016, a motion judge dismissed Apa Holdings’ motion for leave to restore the action to the trial list.

The Divisional Court is set to hear Apa Holdings’ appeal of that order on Feb. 6, 2017, more than a month after the mandatory administrative dismissal date of Jan. 1, 2017. Apa Holdings requested an extension to restore the action to the trial list and asked that the judge order there be no administrative dismissal until 20 days after a decision was rendered on the appeal.

Apa Holdings argued that denying the extension would render the appeal moot, but Glithero found that an extension was unnecessary given that the Divisional Court would have the authority to restore the action if the appeal is successful.

“I think it unlikely that if the Divisional Court concluded that the impugned order was in error, and that the case should be restored to the trial list, that it would feel that such a result was thwarted by an intervening administrative dismissal order,” Glithero said, in the decision. Glithero pointed to a 2015 Court of Appeal decision, Carioca’s Import v. Canadian Pacific Railway Ltd., in which the appellate court ordered the restoration of an action to the trial list after it had been administratively dismissed.

In that case, a motion judge had also dismissed a motion to restore an action to the trial list before it was administratively dismissed a month later.

The Court of Appeal set aside the order, saying the motion judge had erred in applying the appropriate principles.

“If the defendants should argue that the appeal is moot because of an intervening administrative dismissal, Carioca would seem to provide him with an answer,” Glithero said.

The defendants in Apa Holdings successfully argued that the motion requesting an extension was unnecessary because if the appeal is successful, s. 134 of the Courts Justice Act empowers appellate courts to “make any order that could have been made by the court appealed from,” meaning it has the jurisdiction to restore the action to the trial list. Glithero agreed.

Ryan Wozniak, the lawyer representing the defendant, Antonio Duscio, says the case clarifies the procedure when a motion has been brought to restore an action, fails and has been appealed but won’t be heard until after an administrative dismissal date.

“It doesn’t render the appeal moot because the appellate court will have the jurisdiction to make any order to restore the action if it finds the original motions judge erred,” he says.

Wozniak says the decision makes it so that a party who unsuccessfully moves under rule 48.11, which allows for the restoration of an action to the trial list, can’t move a second time under 48.14. Wozniak says this closes a gap that would potentially allow a party to engage in re-litigation. The ruling is important given that lawyers need to understand how new rules around administrative dismissals are being interpreted, he says.

The rules concerning administrative dismissals — Rule 48 of the Rules of Civil Procedure — were amended effective Jan. 1, 2015 in order to reduce the number of administrative­related claims LawPRO had been receiving. Under the new rules, the courts dismiss any actions that were not set down for a trial five years after they started. Any actions started after Jan. 1, 2012 could be automatically dismissed after that amount of time, and any actions that were filed before would be dismissed by Jan. 1, 2017.

Colin Dubeau of Nelligan O’Brien Payne LLP said the Apa Holdings action seems to be exactly the type of thing the new rules were hoping to address.

“I don’t know if they envisioned one this old, but that seems to be what the new rules with respect to procedural dismissals were intended to address,” says Dubeau, who did not act in the Apa Holdings case.