Heavy reliance on sureties in bail courts is unique to Ontario and comes at great cost to the province, according to a Canadian Civil Liberties Association report released this week. 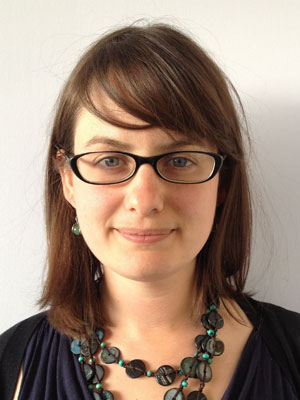 The report, which for the first time compared Ontario’s bail system with four other jurisdictions, found “a remarkable inconsistency” across the provinces, says Abby Deshman, one of the authors. Although the Yukon has a similar trend as Ontario, other large provinces generally don’t see delays in bail courts because of problems with finding sureties, the authors found.

“In other provinces that we observed, there were just no surety releases. They were hardly relying on sureties, certainly not to the extent Ontario is,” says Deshman.
Ontario bail courts see surety-related adjournments far more often than other provinces, according to the report. It notes those accused of crimes stay longer in remand custody while trying to find suitable sureties.

“Counsel in other jurisdictions were of the opinion that if they went the way of Ontario, their bail courts would clog up significantly, and individuals that we spoke to who had worked in multiple jurisdictions said that the surety requirement in Ontario contributed to delays,” says Deshman.

The authors suggest Ontario should review its surety requirement provisions and ask why it follows the practice when other provinces don’t.

DAYS IN REMAND
The map above shows the median number of days spent in remand at provincial facilities by province or territory.
In addition to clogging up bail courts, the surety requirement is especially onerous for people who come from low-income and remote communities, Deshman notes.

Sureties must have money in the bank, attend court in person, and in most cases live with the accused for the duration of the interim release.

“It’s a lot of requirements for people who are already marginalized to meet,” says Deshman.

In the other provinces the report looked at — Manitoba, British Columbia, and Nova Scotia — bail courts generally released people on their own recognizance, says co-author Nicole Myers.

Less reliance on sureties could reduce the number of adjournments in Ontario bail courts, which in turn could curb the number of days people are in remand custody, according to the report’s authors.

About 67 per cent of all people in Ontario prisons are on remand. A trend that began in the 1990s and in the early 2000s, the growth in remand detention is among the causes of overcrowding in penitentiaries.

According to University of Toronto criminology Prof. Anthony Doob, part of the reason for the increase in the use of remand is that 50 per cent of cases in Ontario start their lives in bail courts. That means police are detaining people rather than releasing them on a promise to appear in court, says Doob.

Although there’s a legal presumption to release people on bail, the reality is different in this province, he adds. “If you go into bail court and watch bail courts here in Ontario, you don’t see that. You see that in reality, an accused has to provide justification for release,” he says.

“I think what’s happened is that the bail courts . . . have become risk averse because what they’re worried about is the accused person being released and going out and doing something bad.”

Myers and Deshman spoke to sureties in Ontario who said they were under an “enormous amount of stress” due to the responsibility the court had placed upon them, which in some cases includes making sure the accused is complying with a curfew.

Bail courts also present a long list of conditions for release that set people up for failure, according to the report. In some cases, the court will ban alcohol consumption by an admitted alcoholic, says Deshman.

The longer the list of conditions, the more likely it is that someone will breach one of them, says Doob, who notes many people end up back in court for breach of their conditions and stay longer in remand custody even after the Crown has dropped the initial charge.

People held in remand custody aren’t always facing charges for violent offences, according to Doob. “I’ve been told everybody who is detained is there for violent offences.
You know, that’s actually not true. If they’re there for breaching a condition of release, maybe we should ask ourselves if that condition was really necessary.”

But violence isn’t always determinant of whether someone should stay in remand, he suggests. While cases like domestic violence merit detention, it’s “maybe not the end of the world” to release a person who got into a brawl at a bar, he says.

Jacqueline Tasca, a policy analyst at the John Howard Society of Ontario, says time spent in remand can have immense consequences on people’s livelihoods.

“Even if people are not guilty of their charges, a short time in jail could mean people losing their jobs, losing their income, they can lose or sever ties with families,” she says. “So it really cuts them off from all of the positive support that they have in their lives.”

In response to the concerns, the Ministry of the Attorney General says it’s “working with senior leaders across the criminal justice sector to ensure that bail processes in Ontario are as effective and efficient as possible.”

For more in the series, see "Prison segregation rising."

As Canada’s penitentiaries begin to overflow, a four-part Law Times series this summer will look at the issue of remand and other trends within the correctional system.