Many lawyers lack a will despite growing concern

Amid concern about the 56 per cent of Canadians who don’t have a will, it seems even many lawyers haven’t gotten the message despite the Ontario Bar Association’s designation of November as Make a Will month. 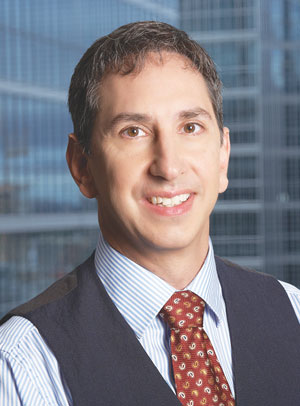 “The percentage of lawyers who don’t have wills is about the same as the general population,” says Jordan Atin, counsel at Hull & Hull LLP in Toronto.

And there doesn’t seem to have been much progress on the issue over time. The fact that a majority of Canadians don’t have wills first came to light in a 2012 LawPRO survey. Some three years later, according to an August 2015 survey by CIBC, the numbers haven’t changed significantly.

“Given the bucket-list mentality that has permeated our culture, it seems counterintuitive that the majority of us don’t have our affairs in order,” says Atin.

“Aggravating the situation is that, for the first time in history, we are living long enough to lose our mental capacity through diseases like Alzheimer’s and other dementias.”

“In many cases, people don’t like lawyers to begin with,” says Atin.

“They’re busy, they think it will be a huge and involved process, and they don’t like the idea that they’ll have to talk about things they don’t want to talk about, like what happens when I’m not here? And many of these factors apply to lawyers, particularly the ones who don’t practise in the wills and estates area.”

Although making a will is an easy thing to put off, it’s not as if doing so is off the radar.

“Everyone knows they need a will, above all if they have kids,” says Atin.

“Sometimes, I think the firm should open a booth at Pearson [International Airport] so people can do their wills while they’re waiting for their flights.”

When people get around to making a will, it often comes as a relief.

“I’ve never had a client who didn’t feel better after it was done, largely because it gives them peace of mind,” says Atin.

Atin can’t say if there has been an uptick in the last 20 years or so in the proportion of people who have done their wills but he does note that the number of guardianship and capacity cases has skyrocketed in that period.

“Dementia makes for the hardest cases, all of which could have been avoided if the individual had just prepared a power of attorney, which is a simple document,” says Atin.

Even individuals lacking the capacity to make a will may be competent to execute a power of attorney.

“Making a will requires the capacity to exercise some executive functions like knowing what assets you have, who would normally benefit, and that you’re signing a final distribution,” says Atin.

“That’s a considerably higher standard than the capacity required for a [power of attorney] or for something like getting married, which probably requires the least amount of capacity.”

In other words, capacity is a sliding scale.

“We tend to think of capacity as an on-off switch, but it’s not,” says Atin.

“Someone may not be capable of making all the decisions that need to be made, but that doesn’t mean they can’t make some of those decisions.”

However that may be, imminent changes to the rules governing testamentary trusts give Make a Will month some added urgency.

As of Jan. 1, 2016, graduated tax rates will no longer be available for ongoing trusts.

“Going forward, there won’t be any tax benefit at all in setting up a testamentary trust,” says Atin.

The change is likely to have the most significant effect on wills involving second marriages where spouses leave a life interest to the survivor with the remainder reverting to each of the respective spouses’ children on the death of the surviving spouse.

“Currently, if Bob dies and leaves a life interest to Carol, his estate would be liable for any capital gains on Bob’s assets when Carol dies,” says Atin.

“Under the new rules, Carol’s estate would have joint and several liability with Bob’s estate.”

What makes the tax shift more meaningful is the lack of grandfathering for existing wills.

“Everyone should take a look at this issue,” says Atin.

Otherwise, new regulations under Ontario’s Courts of Justice Act, the most significant of which relates to mediation in estate matters, will also come into effect in January.

Currently, mediation in estate matters is mandatory only in Toronto, Ottawa, and Essex County. The new regulations give courts elsewhere in the province the power to direct mediation even when it’s not mandatory.

A new rule governing the conduct of mediation in estates matters generally will also be in place.