The Ministry of the Attorney General and the Law Society of Upper Canada are spearheading a review of family law to improve access to justice. 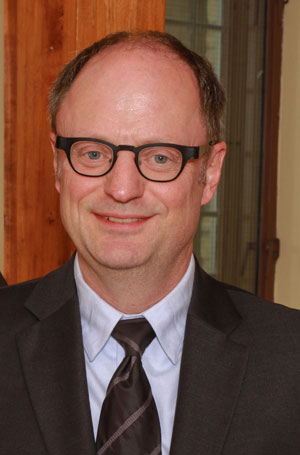 The ministry and LSUC announced Feb. 9 that Annemarie Bonkalo, the former chief justice of the Ontario Court of Justice and now a part-time judge, has been appointed to lead a family law review to address the lack of legal representation in family court.

Statistics from the Ministry of the Attorney General show that more than 57 per cent of Ontarians lacked legal representation in family court in 2014-2015.

The review will investigate whether a broader range of legal service providers, such as paralegals, law clerks, and students, should be allowed to handle certain family law matters to address the lack of legal representation.

“There’s so many different perspectives on this [review]; the lawyers are going to scream and yell, the public is going to applaud it because it’s going to give them more options, and the judiciary is going to be torn because . . . they are significantly disadvantaged by self-represented litigants coming into court,” says family law specialist Steven Benmor of Benmor Family Law Group, also a past chairman with the Ontario Bar Association’s family law executive.

A public consultation has begun, and public feedback is invited to help craft a proposal on how to provide qualified legal services to those without proper representation.

Bonkalo will also be seeking input on what types of legal services, if handled by a broader range of providers, could improve the family law system and how alternative service providers could be held accountable through LSUC regulation.

The project’s mandate does not include child protection matters under the Child and Family Services Act, but it does include identifying people other than lawyers who may be capable of providing some services and what safeguards may be required to ensure quality representation.

Benmor says the judiciary prefers having cases with lawyers who know how to handle matters and get them resolved efficiently. He says that by injecting law students, law clerks, and paralegals, it might cause more headaches for judges because “you’re going to replace one problem with another problem.”

“The self-represented litigant will say ‘I have no idea what I’m doing,’ whereas the paralegal who may not have any idea of what they’re doing will at least pretend as though they know what they’re doing,” Benmor says.

Benmor says that while the results of the review remain to be seen, he is concerned that the LSUC, as the professional regulator, could be wading into difficult waters in terms of oversight. He adds that it’s important to reduce the cost and increase the efficiency of family court, and suggests that greater investment in diversion and mediation may benefit Ontarians so only matters that truly require a court setting end up in front of the bench.

Nye Thomas, executive director of the Law Commission of Ontario, says that while the “devil is in the details,” the organization applauds the review.

“We want to promote access to justice, but it has to be with the quality assurance mechanisms at the same time,” says Thomas.

He says the idea of using paralegals and students on certain issues in family court could address concerns of lack of representation, but he adds that establishing proper oversight for those positions will be crucial.

“It’s very welcomed to have a principled, independent review of the paralegal issue in family law,” Thomas says. “As everyone knows, there’s a very large number of unmet legal needs in the family law system, and the traditional methods of meeting those needs, either through legal aid or the bar, haven’t been meeting the demands, so it’s appropriate to look at alternatives.”

Dr. Patricia Hughes, founding executive director of the Law Commission of Ontario, says the key to making successful changes will be in balancing the provision of alternate service providers with the quality of representation. Any recommendations need to thoroughly address the educational requirements of alternate providers, she says.

She led a family law review for the LCO from 2009 through 2013, trying to recommend ways to simplify and improve the system. Part of that review suggested allowing paralegals to practise in family law.

“Family law, more than most other areas of law, is highly emotional. It doesn’t come just with the legal issues,” she says. “You have to conclude there needs to be help; one of the questions Justice Bonkalo really has to look at is not just whether paralegals, law clerks, and so on can work in family law, but what training would be needed.”

She said the findings were that family law matters can be quite complex and often involve other areas of law, such as tax law, that make paralegals a limited solution without increased educational requirements. She says if the recommendations properly address educational requirements for paralegals, it could be a solution, but, otherwise, they would be best left to simpler family law issues.

Hughes says one of the problems with having lesser-trained service providers in family court rests in the emotional aspects of the matters, and education in law isn’t always enough. She says those who provide support in family court must also be well trained in dealing with the highly emotional, personal family matters and be able to recognize things such as potential spousal abuse.

LSUC Treasurer Janet Minor says it is vital to explore new options, and the LSUC will await the final report recommendations before determining how potential added service providers would be regulated.

“This review addresses a very important area in access to justice,” Minor says. “It provides the public and our professions with a very valuable opportunity to address various solutions to the issue.”

The deadline for submissions to the MAG, via mail or e-mail, is set for April 30. Minor says the final report will be due to the MAG and LSUC for consideration in September.