Lawyer and therapist Doron Gold has had many patients who told him they couldn’t open their e-mails. 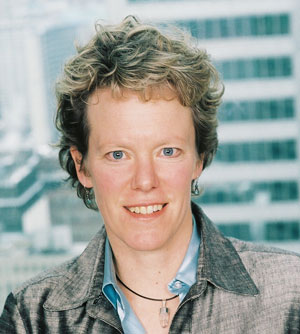 They know they should but they can’t.

At times, those e-mails are from a Law Society of Upper Canada investigator seeking information in relation to a complaint against them. No reply often means another notice of application for failure to respond to communications from the law society.

“That’s mental health. They weren’t covering up; they were just so wracked with anxiety that they were paralyzed. That’s not them trying to hide anything.”

When it comes to the law, precedent is important. And a precedent set at the law society requires licensees who bring a complete mental-health defence to prove their mental illness affected their ability to comprehend their professional responsibilities.

It’s a principle rooted in case law that assumes knowing must always translate into doing. In this line of thinking, mental health is a reasonable defence only when it causes people to lose sight of their duties.

But a recent hearing panel decision suggested that notion was out of date. Earlier this year, hearing panel chairman Larry Banack set a new precedent for how the law society should treat mental illness in the context of disciplinary proceedings.

In a matter involving Vanessa Vader, a paralegal who failed to correspond with the law society, the hearing panel ultimately dismissed the application after finding Vader had been suffering from depression. But she didn’t need to prove her illness made her oblivious to her duties, according to Banack. “This is not a situation of a licensee who sought to avoid their obligations to the law society by, as it said, ‘sticking their head in the sand,’” he wrote. “This licensee did not do that. She tried, to the limit of her capacity, to engage in communications with the law society, but appears to have been thwarted by a process she could not engage with at that appropriate time.”

If a lawyer or paralegal was in a coma, the law society likely wouldn’t prosecute the person for not following up with an investigation, said Banack. “In reaching this conclusion, I have considered that if some other recognized medical condition, such as a broken back, paralysis or coma, interfered or prevented a licensee from fulfilling an obligation to the law society, I am satisfied that such situation would be considered in determining whether the licensee had engaged in professional misconduct for failure to co-operate, respond or provide information to the law society,” he wrote.

“The existence of mental illness should be treated no differently.”

It’s a decision that seeks to shift tribunals’ understanding and treatment of cases involving mental health, according to Janice Wright, the duty counsel who represented Vader. “This individual is extremely distraught, had a lot of issues, particularly around anxiety. The law society proceeding and the way in which she was dealt with by the enforcement counsel exacerbated that,” says Wright.

In the past, the law society has restricted lawyers with mental illnesses from practising law until they regain their health, something lawyer Robert Kominar calls “completely reasonable” when licensees don’t know how to manage their illness. Kominar is applying to practise again after the law society restricted him in 1990 due to misconduct arising from serious depression. He has a hearing scheduled for June 7.

In his notice of application, Kominar notes that at the time of the law society order, “there was very little public awareness of the disabilities related to this mental-health condition.”

Kominar’s notice of application says he “has learned significantly about depression and other mental-health conditions over the years. He has come to understand that depression is a chronic condition, analogous in many ways to conditions such as diabetes, that needs to be, and can be, managed as there is no known ‘cure’ for it.”

More recent cases involving mental health suggest that as society’s understanding of the issues changes, so should the LSUC’s governing principles.

In his ruling, Banack said the law society addresses mental-health issues by relying on decades-old case law. Although society’s knowledge of mental-health issues has changed tremendously since those days, the factors the law society considers in determining the penalty, such as specific and general deterrence, are signs of an archaic system in need of an overhaul, according to Banack.

“In the context of our understanding of mental illness in 2012, a discipline process leading to the penalty phase consideration of specific and general deterrence is wholly inapplicable when the inappropriate conduct is caused by mental illness,” he wrote.

“A sentence objective of specific deterrence can have no application to a licensee who, although she may appreciate the nature and consequences of her actions and knows right from wrong — but is simply incapable of getting out of bed to actually do right from wrong.

“For a person whose regulatory shortcomings are directly linked and caused by mental illness, the sentencing principle of ‘specific deterrence’ is inapplicable.”

The concept of general deterrence is also trite in the context of mental health, added Banack, since it’s synonymous with the belief that such an approach will stop other licensees from developing an illness.

Banack’s decision is “a real call to action” to adjust of the disciplinary process with respect to mental health, says Wright.

“It doesn’t make a whole lot of sense to bring enforcement into action,” she says.

“Someone couldn’t get out of bed because of cancer — you certainly won’t be coming after them with a failure to co-operate charge.”

Even after Vader arrived at the law society and was “visibly distressed,” the prosecution continued, says Wright. She adds that although Vader’s mother phoned the law society to say her daughter was ill, “they weren’t willing to resile and change their course of conduct.”

Of course, the law society’s primary mandate is to protect the public, says Gold, “and lawyers generally know that.”

“That tells you the law society has some interest in lawyer wellness. So it’s not that they don’t. Their first job is the protection of the public and so their discipline process has always been about protect the public first. In the early days, it was sort of like, ‘We don’t care what your excuse is.’ That’s gotten better over the years. It seems to me like a progression that’s continually improving.”

In the Vader matter, Banack noted: “The public interest in regulatory cases arising out of mental illness can be satisfied by means other than formal disciplinary proceedings, particularly in cases as the one before me, where the licensee is already administratively suspended. Having regard for her condition, demonstrated during her testimony and her lack of financial resources, she is no risk to the public and she is likely to remain suspended for a significant period [of] time.”

The case was illustrative of a system Banack called “blunt” and “ineffective.”

He continued: “In Toronto, we are familiar with the important and positive outcomes that are achieved in respect of offending behaviour dealt with in a mental-health court. The province has recognized the importance and effectiveness of such an institution. The benefits of that initiative or some variations of it should be considered for application in addressing regulatory concerns arising from the conduct of licensees in appropriate but narrowly defined and recognizable circumstances as mental illness.”

In a statement to Law Times, LSUC Treasurer Tom Conway pointed to the sigma attached to mental health and licensees’ reluctance to share information about their issues. Often, they volunteer the information only at a later stage of the proceedings, he said.

“In our experience, although licensees are told about the support and resources that are available, very often licensees do not want to disclose mental health and addiction challenges. Their health situation may be the cause of the complaints brought to us, but unless we have some independent means to identify that there is an underlying health issue, we treat the complaint as conduct or competence. It is only at the more formal stages of the process, when the matter becomes, from the licensee's point of view, more serious and less avoidable that the issue of mental health is raised by licensees, usually as a defence.”

Conway also said the law society pursues formal proceedings only after exploring other ways of addressing the matter.

“The law society has available means within our regulatory proceedings to informally address a licensee's health issues if they are raised with us, and we are more than willing to use them, including undertakings to practise with some form of mentorship, a treatment plan, and regular reports on progress,” he said.

“The formal discipline process is lengthy and costly, so we only resort to it when other means to respond to the issues raised by complaints don’t result in an appropriate result for the purpose of public protection and the administration of justice.”

For Banack, distinguishing cases that should follow the normal proceedings or an alternative measure is something law society counsel and hearing panels can learn how to do after special training.

Banack also urged the law society to continue to ensure the availability of resources for members of the profession who struggle with mental illness and encourage them to get help before putting client interests at risk.

“That’s how the public interest can be served in this context and not through prosecution of discipline proceedings of licensees suffering from mental illness.”