LSUC gets $8M from insurance battle

OTTAWA - The Law Society of Upper Canada will get $8 million from its former liability-insurance fund accountants and actuaries following a lawsuit that began eight years ago over the fund’s $67-million deficit. 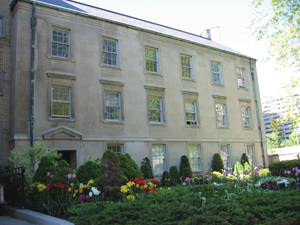 In a mediated settlement this month with no liability admitted, accounting firm Ernst & Young and the actuary, Tillinghast (a company of Towers Perrin Inc.), have agreed to pay restitution stemming from the massive deficit the fund faced in 1991.

The law society took the firms to court with a claim that they had failed to report or misrepresented the true financial state of the lawyers’ insurance program, which the LSUC said had caused it to incur liabilities and costs it otherwise would not have had to face.

Both firms rejected the claim, saying the LSUC increased members’ levies to pay off the deficit and therefore suffered no real damages.

But the law society said the failure to know the true extent of liabilities and costs in the insurance program had deprived it of the opportunity to drop insurance coverage for lawyers’ mortgage-brokering activities between 1992 and 1995. It also contended it could have reduced costs to members by $30.4 million.

The LSUC claimed that continuing vicarious-liability coverage of $1 million between 1992 and 1995, instead of reducing it to $250,000, caused the Lawyers’ Professional Indemnity Co. - now called LawPRO - to incur liabilities of $7.1 million.

Ernst & Young and Towers Perrin vigorously contested the law society’s claims, including a position that had it known about the $67-million deficit in advance, it would have raised additional revenue that might have yielded in excess of $29 million in interest.

The two firms argued that rule 50 of the Law Society Act made members responsible through the payment of fees and levies for anything that might happen to the insurance fund.

“The lawsuit by the Law Society of Upper Canada and LawPRO against their former auditors, Ernst & Young, and former actuaries Tillinghast has been settled following a judicial mediation,” Susan Tonkin, an LSUC communications adviser, tells Law Times.

“As a result of the settlement, the law society will receive payment of $8 million from the defendants,” she added in an e-mail.

“The lawsuit related to the calculation and reporting of claims liabilities incurred in the period 1991 to 1994 in the law society’s insurance plan. No party made any admission of liability as part of the settlement.”

The LSUC declined to provide information about the assignment of costs in the settlement and said it was communicating the terms of the agreement to its members.

The Ontario Bar Association declined to comment about the settlement, as did LawPRO, which referred questions to the  law society.

In the midst of all the legal wrangling, LawPRO reported in its latest annual report that it “weathered the economic storm quite well.”

Chairman Ian Croft said in the 2008 annual report that LawPRO, which provides liability insurance to about 21,000 LSUC members and more than 1,400 law firms, posted a net income of $7 million for the year.

That was attributed “in part” to a reduction in costs for claims from the previous year. In terms of actual investment income, the figure fell by about $5 million to $20.7 million on investment assets of $411.6 million.

Premium income was also down by $6.8 million because of a $300 decrease in the 2008 base premium to $2,300 per insured lawyer. LawPRO’s current auditing firm is Deloitte & Touche LLP.