As Toronto civil litigators grow increasingly frustrated with delays of up to seven months to have simple motions heard, Superior Court Chief Justice Heather Smith says she and her colleagues are working to address the issue. 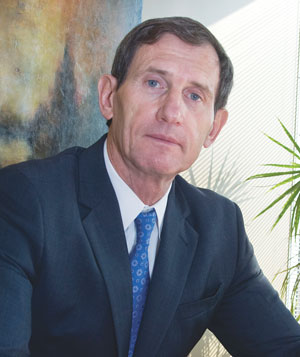 Acknowledging there are “real delays” with scheduling long motions in Toronto, Smith said she and regional senior Justice Edward Then “have already begun to review scheduling efficiencies and how the court’s judicial resources can be maximized.”

Then has asked Superior Court Justice Geoffrey Morawetz to lead a motions effort to identify ways of maximizing both facilities and judicial resources for a more efficient system, Smith said, noting the review will also consider the issue of better case management.

The comments follow growing concerns by lawyers working in the civil justice system in Toronto. Chet Wydrzynski, a partner at Reisler Franklin LLP, is airing his frustrations after learning he’ll have to wait seven months to bring a motion in a case involving more than 20 parties. “We’ve been struggling to get major steps in the litigation achieved and we’ve been trying to get to case management, which is supposed to help with these types of cases and make things smoother.
And in order to do that, I have to wait seven months just to get to the court,” he says.

A lack of judges and courtrooms and a lacklustre case-management system are to blame for the delays, according to lawyers practising in Toronto. The problem is so severe that the “system has broken down,” says personal injury lawyer Roger Oatley.

“It’s completely unacceptable that the court tells a litigant who is ready for a trial that they have to wait 2-1/2 years,” he says.

A similar backlog is affecting the civil justice system in Brampton, Ont., to a lesser degree, says Oatley.

“The population in the GTA has exploded, and the resources — the number of courtrooms and the number of judges — hasn’t changed appreciably for decades.”

Oatley says the problems in the system are becoming an avenue for tactical delays in cases where one party could benefit from more time. Some lawyers are asking judges in other jurisdictions to move cases to Toronto for “strategic reasons,” he notes.

In a recent case, Oatley challenged a motion to move a personal injury matter from Barrie, Ont., to Toronto. At the time, Barrie courts were booking trials for as early as November 2013 whereas in Toronto, the earliest available slot was in the fall of 2016.

“The government is simply going to have to accept the fact that if we’re going to have a viable justice system in Ontario, they need to provide the administration of justice the resources to do the job,” he says.

Whenever he can, lawyer John McLeish says he’ll book cases outside of Toronto. “It’s a shame because the judges here are great,” he says.

It’s true, he notes, that criminal proceedings get priority over civil ones and that civil litigation “in Toronto is the poor second cousin to these other proceedings.” But while a lack of judges and courtrooms are realities of Toronto courts, so is a poor case-management system, according to McLeish of McLeish Orlando LLP.

In Newmarket, Ont., McLeish says he and his opposing counsel were able to take care of small matters during a conference call with a judge instead of having to arrange a motion the formal way.

He says it’s also possible to correspond with judges via e-mail, with each party copied, in order to sort out minor matters without looking at the court calendar for the next available time for a motion hearing.

While more resources would be great, McLeish says “the right kind of case management would do wonders.”

In Toronto, lawyers in civil cases have to fill out certificates of readiness in order to outline the time they need for the trial and the witnesses they’ll bring to the stand. They must also have tried mediation beforehand.

“Very often, it takes an inordinate amount of time to get through those two hurdles with a Toronto case even before the issue of delays in the court system comes up,” says Oatley.

But when it comes to the question of whether the system has enough judges, Smith said she’s not rushing to conclusions. “Before reaching a conclusion about the sufficiency of judicial resources in either Toronto or Brampton, we will first examine scheduling practices and options to ensure we are maximizing all available facilities and the current judicial complement,” she said.

In Brampton, Smith said delays “are not apparent in scheduling either civil motions or trials” but noted her office is working with the Ministry of the Attorney General to secure two additional courtrooms, a motions hearing room, and two conference rooms in that court.

The ministry, he said, has worked with the legal community “to improve and modernize Ontario’s civil justice system, making it more accessible and affordable for the public.”

Donation of $12,000 to promote urban studies efforts at Windsor Law

Hearsay probative value must be measured against prejudicial effect and not by case strength: ONT CA