Firm gets nearly $600K after fight over files

A judge has ordered a lawyer to pay his former employer almost $600,000 for files he took to his new firm when he left. 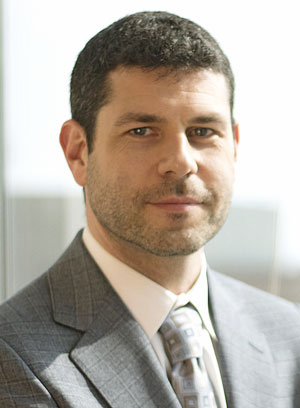 Lawyers say the decision serves as a reminder to lawyers who are leaving an employer to start their own firm to make sure they are aware of their obligations to their old firm and clients.

“One of the lessons from this case really is that if you’re leaving a firm and planning on taking clients with you, make sure that whatever agreement you have with your former employer is clear and unambiguous to avoid a looming liability,” says Aaron Grinhaus, of Grinhaus Law Firm, who was not involved in the case.

Last summer, SLS learned from the website of Wilkins’ new firm that two claims related to a particular client had been settled for $5.9 million.

While both sides in the dispute agreed they owed some money to each other, at issue was the amount that Wilkins owed SLS. The firm owed Wilkins $65,054 from a file it resolved that he had carriage of, and the lawyer agreed that he owed SLS $427,004 for the two settled claims — an accidents benefits claim and a tort claim.

But the firm disputed this amount. The agreement held that the firm would be paid 50 per cent of fees from the agreed-upon files, after a referral fee was deducted from the total fees, and the firm claimed the referral fees paid on the claims were unreasonable.

The files were on the agreement’s schedule as one of the files Wilkins would take with him, but no referral fee had been identified.

Wilkins had settled the accident benefits claim for $288,000 and paid out a referral fee on that claim of 33 per cent of $95,040 to a referring lawyer. SLS argued that this fee was unreasonable as the firm typically paid a 15-per-cent referral fee.

On the tort claim, which was settled for $1.1 million, Wilkins paid 33 per cent or $372,240 as a referral fee to a paralegal who worked with Wilkins at SLS and joined him at his new firm.
SLS disputed the paralegal’s entitlement to the referral fee and the reasonableness of the fee that was paid.

Wilkins argued that while referral fees were paid out at 15 per cent at his old firm, he could not continue to work there because he was going to lose his referral sources because he could not pay a higher fee rate.

New law society rules that have capped referral fees at $25,000 were not yet in place when these fees were paid out.

Ontario Superior Court Justice Jasmine Akbarali found that there was nothing in the agreement that required Wilkins to pay out the 15-per-cent fee that was typical at SLS, but she agreed with the firm that the money paid to the paralegal was not a proper referral fee but compensation. The judge added that the fee in the second claim, therefore, should not have been deducted and that Wilkins, therefore, owed the firm $572,265.

The judge also awarded $21,389 in costs against Wilkins.

Thomas Slade, a lawyer with Supreme Advocacy who was recently retained to represent Wilkins in the matter, says that an appeal of the decision has not been filed yet, but he has notified opposing counsel of his intention to do so.

Slade says he takes issue with the finding that the money paid to the paralegal was not properly a fee.

“Mr. Wilkins paid out a referral fee as promised, but now [he] is being expected to pay that money personally all over again to his former firm,” he says.

Slade adds that one of the difficulties in this area is that the law society’s rules around referral fees recently changed, and that the courts should, therefore, focus on the intentions of the parties when they entered the agreement, as well as its terms.

James Srebrolow, a partner at SLS, who represented his firm in the matter, says the firm challenged the referral fee to the paralegal as he was an employee at the time of the referral.
“You can’t refer something to yourself,” he says.

Lawyers say it is common to see these types of disputes happen when lawyers leave a firm, but what was unusual in this matter was that it got to litigation — something lawyers say likely could have been avoided.

Akbarali echoed that sentiment, saying the dispute could have been avoided if the two parties had communicated.

“It would have been far more preferable for SLS and Mr. Wilkins to communicate with each other about these issues earlier,” she wrote in the decision. “Each appears to have held back funds owing from the other because they did not trust that the other was paying what each was owed. On this, they were both right. When SLS attempted to begin a dialogue, Mr. Wilkins should have engaged with the firm on the outstanding issues.”

Erin Cowling, the principal of Flex Legal, says there are a number of steps lawyers should take to avoid similar disputes, such as making sure to have a clear agreement in writing with the law firm. They should also get in touch with the law society to make sure they understand their responsibilities, she says.

“You have to be aware of your professional obligations with the Rules of Professional Conduct and ultimately you’re responsible to your client as well,” says Cowling, who was not involved in the case.

Grinhaus says there are lessons lawyers can take from the decision when considering to leave an employer to start their own firm.

“Don’t burn your bridges,” he says.

Cargo e-bike regulation vague on what cyclists should do in many situations: personal injury lawyer