Law firms are few and far between on the long list of financial disclosure information released by Elections Ontario of donations to political parties. But a closer look shows that among the many names on the list are partners of the province’s biggest firms and familiar names such as Heenan Blaikie. 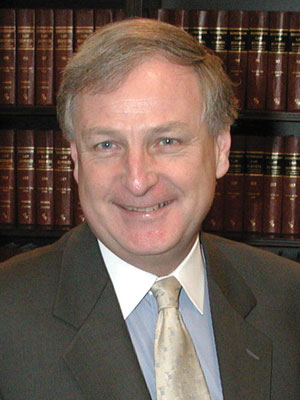 When political fundraiser Karen Miller receives cash from a law firm to go to political party coffers, she also gets the names of several partners to divide up the total. The public disclosures from Elections Ontario list the partners’ names rather than the firm.

Since limited liability partnerships aren’t corporations, “receipts have to come out in the name of individual lawyers,” says Miller.

Law firms “have always been giving” to political parties, according to Miller, who notes Toronto’s big law firms are particularly generous. The most common way law firms contribute is through the purchase of tables at political party fundraisers.

Among the names on the list of donors is Heenan Blaikie Management Ltd. with a contribution of $9,300 to the Progressive Conservatives in 2013. Osler Hoskin & Harcourt LLP, which chipped in $5,000 to the campaign of Ontario Premier Kathleen Wynne’s 2013 Liberal leadership rival Sandra Pupatello, says it donates equally to all parties.

“Osler on behalf of its partners supports the democratic process by making contributions on an equitable basis to political parties where that is permitted under applicable law,” said spokeswoman Judy Stein-Korte.

“The firm contributes to the provincial political process in Ontario by giving an equal amount to each of the three main political parties.”

Aside from that, Stein-Korte noted “partners are frequently asked by political parties for personal donations” but said the firm doesn’t track who the active contributors are.

Other firms say they avoid making contributions of any kind to political parties in Ontario. Bennett Jones LLP, founded by former Conservative prime minister R.B. Bennett, may have Conservative ties, but spokesman Andrew Lang says the firm doesn’t give financial support to any party in Ontario.

“If you look at our public policy group, it’s filled with former Liberals as well as Conservatives, so we’re very balanced in that regard and will always be perceived as such,” he says.

Lawyers’ individual contributions of up to $9,000 appear on the Elections Ontario disclosure. Among them is Fasken Martineau DuMoulin LLP senior partner John Campion.

Campion, a self-proclaimed devout Liberal who has run political campaigns and served as counsel to a number of politicians, contributed a total of $1,450 to the Ontario Liberal party last year.

“As long as I have been in the practice of law, which is 42 years, we’ve always made our own individual contributions,” he says in reference to himself and politically active colleagues.

“I make [contributions] to parties . . . to individuals, and sometimes I jump out of line and if some of my partners are running for the Tories, I give them some money,” he adds.

Although firms have a culture of political charity, their leaders don’t ask lawyers to make contributions, Campion notes.

“I can absolutely assure you that there’s nobody paying anybody any money off the grid in some fashion that you can’t see. If law firms pay, they pay. You can’t just be using firm money to spend it on one party or another, so the best thing to do is leave it to individuals. That’s a whole lot easier.”

Campion says that for him, making political contributions is “a public duty.”

“I’ve always made my own contributions for two reasons. One, because if you’re not making contributions, how are you going to run a political party? And as an individual, you are part of a society. If you want to have a sensible political structure, you’ve got to pay,” he says.

“It used to be that you can give larger donations but you can’t anymore,” he adds.

In Ontario, individuals can give up to almost $10,000 to a party per year and in election years and an additional $10,000 for each campaign period.

Among the handful of law firms listed by name in the disclosure documents, professional corporations make up the majority of them. Last year, Bisceglia & Associates PC gave the Progressive Conservative party $7,500.

For the Liberal Party of Ontario, Alliance Legal Services PC and Wolfe Lawyers PC each made a $2,000 contribution. The documents also show a $900 gift from Heydary Green PC to the Liberals.

When Pupatello vied for the leadership of the provincial Liberals last year, two law firms, Wishart Law Firm LLP and Laura Joy Legal PC, donated $1,500 and $1,000 respectively to her campaign, according to the disclosure documents.

The Ontario Trial Lawyers Association gave $6,600 to the Liberals and pitched $1,000 to Wynne’s leadership campaign. The association also contributed another $4,140 to the Conservatives.

Although law firm names are largely absent on public disclosure lists in Ontario, many of the largest firms have given to political parties in Alberta. Interestingly, big law firm support for Alberta’s right-wing Wildrose party spiked in 2010. That year, Blake Cassels & Graydon LLP made a $3,300 donation to the party, and Fraser Milner Casgrain LLP, McCarthy Tétrault LLP, and Macleod Dixon LLP each contributed $2,750.

When contributions to federal parties were still legal, law firms were generous donors. FMC gave the Liberals $37,129 in 2002 and in the same year, the Tories pocketed a $17,259 gift from McCarthys.