The Divisional Court has ruled that a mortgagee’s loan to a couple was not fraudulent, despite the fact the mortgagor had fraudulently discharged a previous mortgage. 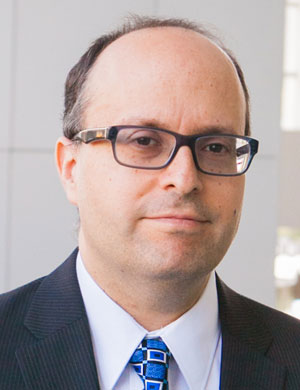 The court recently overturned an application judge’s decision that a first lender — Computershare Trust Company of Canada — should be given priority of funds recovered from the sale of a house after the owners fraudulently discharged their mortgage to seek other loans.

In CIBC Mortgages Inc. v. Computershare Trust Company of Canada, Dhanraj and Sumatie Lowtan secured a $280,801 loan from Computershare, and registered a mortgage on their Brampton, Ont. home in 2008.

The couple then fraudulently discharged the Computershare mortgage, but they continued to make payments on it until 2013.

The three mortgage providers brought an application to the Ontario Superior Court in order to resolve the issue of who should have priority over the $297,754 retrieved when the Lowtans’ house was sold.

The application judge, Justice John Murray, found that Computershare should be given priority, despite the fact the first mortgage had been discharged, as it had been filed fraudulently.

Murray found that while CIBC and Secure Capital were innocent parties, their mortgages were fraudulent and that Computershare’s mortgage was not invalidated by the fraudulent discharge.

Lawyer Ben Frydenberg, who represented CIBC, says the application judge’s decision threatened to undermine some of the basic principles of the province’s Land Titles Act. He was pleased with the Divisional Court’s decision.

Frydenberg says the Ontario Superior Court decision subverted a “mirror principle” that holds the province’s land title system is designed to effectively mirror what the actual title is so that users can rely on it. It also undermined the “curtain principle” — which means users do not have to go behind registered instruments on title, says Frydenberg.

“Effectively, what Justice Murray did was to say that our client couldn’t rely upon the registered discharge of Computershare’s mortgage, which had taken place a few years before we obtained what was expected to be a first-ranking mortgage and essentially putting the onus on our client to go behind the discharge; in other words, implicit you couldn’t take it at face value,” says Frydenberg.

In CIBC’s appeal of the decision, it argued the judge misinterpreted the Land Titles Act in her finding that the CIBC mortgage was fraudulent.

The Divisional Court found that the CIBC mortgage was not a fraudulent instrument, as it was simply a “conveyance of a charge on the property that the Lowtans were the registered owners of in return for a mortgage loan.”

Toronto real estate lawyer Lisa Laredo says the mortgage document did not contain any recital that it was a first mortgage and merely stated the mortgagor is the registered owner.

“Because the mortgage was not a fraudulent instrument, the mortgagee could rely upon the state of the title register, which showed no prior mortgages,” says Laredo, who was not involved in the case.

As such, the court ruled the CIBC was the proper first mortgage and had priority over Computershare.

“I do not doubt that the Lowtans perpetrated a fraud on CIBC and Secure Capital, by concealing from them, at the time they entered into the respective mortgage agreements, the existence of the Computershare mortgage,” Justice Michael Dambrot wrote in the Divisional Court decision.

“But that is not enough to make the Lowtans ‘fraudulent persons.’ To be fraudulent persons in this circumstance, the Lowtans had to have knowingly and falsely held themselves out, in the two mortgages, to be the registered owners of the estate of interest in the land affected by the mortgages.”

Dambrot added that as the Lowtans were the true owners of the property, their ownership was properly registered, and as such the CIBC and Secure Capital mortgages could not be fraudulent.

“The error is plainly seen, goes to the root of the challenged finding of fact and is sufficiently significant to vitiate it,” Dambrot wrote.

As property values have risen over the last decade, so has the number of people who refinance their homes, says Frydenberg.

This has led to an increase of mortgages and discharges on titles, he says.

“So the implication of this decision would be that you can’t even accept at face value any of those prior discharges if so much as one of them might have been procured in a fraudulent manner, such as was done in this particular case; you may be stuck and be subordinate to that prior mortgagee’s interest,” says Frydenberg, of the application judge’s decision.

Lawyer Christos Papadopoulos, who represented Computershare, did not respond to requests for comment.