Corporate directors and officers are facing increasing liabilities, particularly in light of the recent economic downturn. 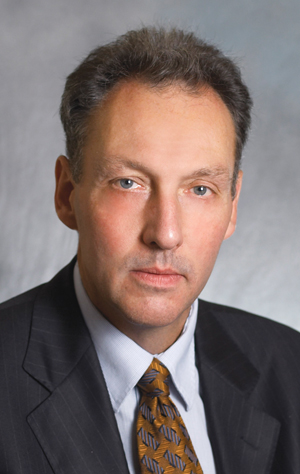 Many lawyers who act as in-house counsel or are retained externally to advise corporate clients have been inundated during the past two years with requests for assistance with restructuring issues such as insolvencies and bankruptcies.

Alex MacFarlane, head of the Toronto insolvency and restructuring group at Fraser Milner Casgrain LLP, acknowledges that in the past couple of years, there has been a surge in companies seeking legal advice for such issues.

MacFarlane notes that one of the significant concerns for lawyers advising companies that are insolvent or in the zone of insolvency is ensuring that the risk of ongoing liabilities attached to their directors are eliminated or minimized.

MacFarlane made a presentation to Ontario lawyers at the Six-Minute Business Lawyer conference in June in order to assist colleagues in better understanding the challenges of advising clients facing insolvency.

In an accompanying paper, MacFarlane and FMC colleague Alexandra North note: “Advising directors of companies that are either insolvent or in the zone of insolvency regarding the scope of their personal liability can be an enormously daunting task as directors can be exposed to significant personal liability in a variety of areas of the law.”

Due to recent case law and legislation, “Directors are now accountable not only to the corporation and its shareholders but also under certain circumstances to employees, creditors, customers, suppliers, and governments.”

In their presentation, the pair referenced the 2008 decision by the Supreme Court of Canada in BCE Inc. v. 1976 Debentureholders, which was to be Canada’s largest leveraged buyout.

In that case, the board of directors of BCE had approved a proposal whereby the Ontario Teachers’ Pension Plan and its partners would acquire all of the outstanding shares of BCE at a price of $42.75 per common share, which constituted a 40-per-cent premium for BCE’s common shareholders.

The SCC affirmed the deal, which reversed a decision by the Quebec Court of Appeal, while ruling BCE’s directors had acted in the corporation’s best interests and had regard for all relevant considerations with respect to the various stakeholders.

In the accompanying paper, MacFarlane and North point out: “The decision in this case turned on the scope of the BCE directors’ duties in the context of the leveraged buyout.

The court confirmed that while directors of a corporation, when acting in the best interests of the corporation, may be required to consider the impact of their decisions on other corporate stakeholders, the directors’ fiduciary duty is limited to the corporation.”

In their paper, MacFarlane and North also note that in the run-up to or during an insolvency or restructuring process, directors’ risk increases as a result of employee-related benefits, including liabilities around wages, pension plans, source deductions, and those arising under the recently enacted Wage Earner Protection Program Act.

MacFarlane and North say there are certain situations in which a company’s directors can limit their potential statutory liabilities either by proactively establishing due-diligence defences or ensuring there’s sufficient directors’ and officers’ liability insurance in place prior to filing.

There have also been recent amendments to the Companies’ Creditors Arrangement Act and the federal Bankruptcy and Insolvency Act that now provide certain enhanced protections for officers and directors.

In addition, MacFarlane and North note that the Ontario Court of Appeal’s decision in Budd v. Gentra Inc. established a two-step test to determine when an oppression action may be brought against a director or officer. The criteria include:

- Are there acts pleaded against specific directors or officers that could provide the basis for finding that the corporation acted oppressively?

- Is there a reasonable basis in the pleadings on which a court could decide that the oppression alleged could be properly rectified by a monetary order against a director or officer personally?

MacFarlane points out that if there’s one key lesson to be learned from the recent economic downturn, it’s that directors need to recognize the benefits of seeking independent legal advice sooner rather than later.

Rie Ishizuka, a civil litigation lawyer who practises commercial law at Pace Law Firm in Toronto, says that in general, the threshold for liability is low even though the recession put a lot of directors and officers at risk.

As well, she says the courts have been relatively consistent in asserting liability.

“They have basically said that directors of corporations owe a fiduciary duty to their corporations in all circumstances, and these recent cases confirm that officers and directors are not immune and can’t hide behind the corporate veil.”

Ishizuka and two other lawyers from the firm recently made a presentation about developments in directors’ liability to the Toronto Japanese Association of Commerce & Industry at which they addressed the oppression remedy.

Cameron Fiske, a Pace lawyer who attended the presentation, agrees that the recession yielded a number of tough rulings from the courts.

“Recent cases indicate the courts are getting more stringent in defining liability for directors and officers of corporations,” says Fiske, who suggests that in light of the courts’ response, in-house counsel who have doubts about their company’s exposure should seek a second opinion.

“Outside counsel can probably look at situations much more objectively,” he says.
In an effort to resolve the heightened exposure to liability, the Law Commission of Ontario began public consultations last spring to recommend changes to the Ontario Business Corporations Act.

In announcing the consultations, the commission acknowledged that the joint-and-several liability provision in Ontario’s legislation can unfairly cost a single defendant a significant amount of money.

As a result, the province is at a competitive disadvantage in attracting business, particularly when it comes to the cost of insurance for directors and officers.
The results of the consultations and formal recommendations are expected to be released later this year.