The Ontario Court of Appeal has upheld a rare Divisional Court decision to award a former Deluxe Windows of Canada employee nearly $470,000 after her supervisor sexually assaulted her. 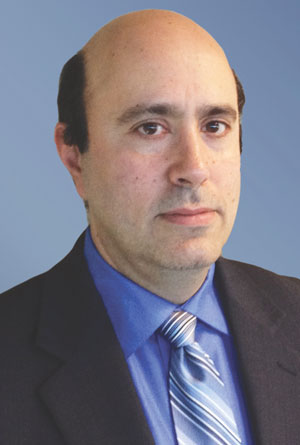 Writing on behalf of a unanimous appeal court panel in the March 2 ruling, Justice Paul Rouleau dismissed an appeal by a part owner of Deluxe Windows, Mickey Weig. Rouleau found that although a general damages and cost award of more than $400,000 was “high and outside of the generally expected range,” it didn’t warrant interference by the court.

Weig had argued the damages were “grossly disproportionate” to those the plaintiff in the matter suffered. He suggested a review of the case law showed the appropriate range of damages resulting from the sexual assault of an adult victim to be between $75,000 and $125,000.

But Rouleau ruled otherwise, finding the appeal court couldn’t substitute its own assessment of damages merely because it would have awarded a different figure.

“Although it is certainly generous and may not have been one this court would make, it is not so plainly unreasonable and unjust as to satisfy the court that no jury reviewing the evidence as a whole, and acting judicially could have reached it.”

During that time, Weig inappropriately touched the plaintiff and forced sexual intercourse on her. Weig also confined the plaintiff without lawful authority on two occasions and uttered threats to cause her death or serious bodily harm, according to the ruling.

According to the appeal court ruling, the plaintiff testified during the trial that she felt “shame” and feared “should would be targeted again.” She also said she was afraid to leave her home, had intermittent suicidal ideations, and slept with double locks on her bedroom door.

The plaintiff was sexually assaulted as a child, had previously been involved in an abusive 14-year marriage to her first husband, and was in a car accident after the first sexual assault took place. She claimed statutory accident benefits and damages for personal injury due to the accident.

In his appeal, Weig questioned, among other issues, whether the jury should have received instructions to assess whether the plaintiff was suffering damages that were attributable to the previous instances in her past.

Rouleau ruled that although the trial judge should have considered whether the jury should have assessed whether the plaintiff’s damages were attributable to certain points in her past, the error didn’t cause a substantial wrong.

Rouleau also granted leave to the plaintiff to amend her pleadings to conform with the jury’s general damages award and ruled the trial judge didn’t err in failing to instruct it on the cap on non-pecuniary damages.

The Divisional Court rarely delivers such an award to adult victims of sexual assault. Personal injury lawyers say the ruling is “very unexpected.”

“Yes, you could say it does fall far outside the range of possible results,” says Judy Hamilton, who represented Weig in the matter.

“We presented a chart showing where the range typically falls and, needless to say, our range was a lot lower.”

The result, according to Hamilton, highlights the “very high standard” appellants must meet in defeating high damage awards in cases of sexual assault. “The standard says the award has to shock the contents of the court,” she says.

“Often, higher awards are granted in cases involving the sexual assault of a child, particularly when there are a series of assaults that change the way a person develops or grows. But I can’t speculate as to how the jury reached their decision. You never know when you’re going into court to argue your case just what the outcome may be.”

Paul Koven, who represented the plaintiff, says that although the ruling may be rare, the jury found the award wasn’t out of line given the circumstances.

“The jury appeared to consider the fact that [the plaintiff] was new to the country, had difficulty speaking the language, and was a single mom desperate for work to support her two young children to reach their decision,” says Koven.

“That, coupled with the fact that the appellant knew full well her circumstances and the fact that she was desperate for work in addition to the sexual assaults being coupled with violence at the time or threats of violence, appears to have been a factor in their decision.”

Koven notes Weig at one point threatened to “cut off” the plaintiff’s head if she spoke out against the assaults. “I think it’s important to remember the award was made by the jury and they are entitled to deference in the matter.

I think that there’s a general sort of recognition and standing of recognizing sexual assaults and the significant impact it has on victims.

As we begin to appreciate that magnitude more and more and begin to take harm into account more often, I think we begin to catch up to that recognition and better understand the impact sexual assaults have on the individual.”

In the meantime, Koven says the plaintiff is looking forward to the end of yet another stage of an eight-year process before the courts. “We were certainly pleased the court left the decision of the Divisional Court intact.

“From our client’s perspective, she was relieved to have another step of the process completed. She has had to relive the assaults in court for eight years and is pleased this part of the process is over.

Although the harm doesn’t go away, appearing before the courts so often delayed her ability to get better. This decision is particularly helpful from a quantum of damages standpoint in terms of ensuring sexual assault victims get the damages they are entitled to.”