The Ontario Court of Appeal has overturned a lower court decision that found a one-year limitations period was appropriate for claims tenants bring against their landlords. 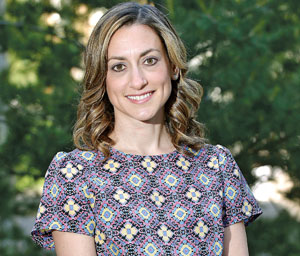 The decision means the limitations period for such matters is two years. Lawyers say the decision to overturn the earlier October 2016 ruling in Letestu v. Ritlyn Investments Limited is important because it could have led to the dismissal of hundreds of claims and an increase in negligent representation claims against lawyers who would have been more likely to miss the shorter limitations period.

Sonia Leith says the Court of Appeal’s ruling means there will be less confusion for tenants and the lawyers that represent them.

“Whenever there’s a change in limitation periods, there is always a sense of panic because that’s one area where lawyers can become exposed,” says Leith, a personal injury lawyer with Neinstein LLP, who was not involved in the case.

The case concerned a claim that had been brought by the estate of a deceased man against his landlord for an alleged fall he suffered on a damaged carpet.

The tenant’s estate started the claim 23 months after the alleged slip and fall, seeking $500,000 in damages.

Shortly before the trial started, the landlord moved to have the claim struck on the basis that the Ontario Superior Court did not have jurisdiction to hear the case as it fell within the jurisdiction of the Landlord and Tenant Board.

The motion judge, Ontario Superior Court Justice James Sloan, dismissed the claim, finding the Landlord and Tenant Board had exclusive jurisdiction and that a limitation period of a year under the Residential Tenancies Act applied. He found that as the action had not been started within that one-year period, the court could not assume jurisdiction.

Kieran Dickson, one of the lawyers who represented the defendant, argued that the one-year limitations period within the act should apply if it is accepted that the court’s power to hear such a dispute is derivative of the board’s jurisdiction.

Daniel Zacks, the lawyer who represented LawPRO, says he cannot remember a lower court decision involving a limitations issue that has had a more dramatic and immediate impact.

Up until the lower court decision was released last year, Zacks says it was understood that claims brought on behalf of a tenant would be subject to the Limitations Act 2002, which meant a two-year limitation period applied. This changed overnight with the decision, he says.

“There are an awful lot of claims involving tenants and landlords, and a very large subset of those claims were commenced within two years, but not within one year of the accident,” says Zacks, a lawyer with Clyde & Co Canada LLP. He says LawPRO figured that the best way to deal with the large number of insured lawyers that could be facing claims for failing to commence proceedings in time was to try to get Sloan’s decision overturned. Rather than intervene in the case, the plaintiff’s counsel invited LawPRO to participate in the appeal. Contrary to the lower court decision, the Court of Appeal found that there was “no basis for importing the limitation period prescribed by” the Residential Tenancies Act into such a claim.

Joel McCoy, one of the plaintiff’s lawyers, says the main takeaway for lawyers from the Court of Appeal’s decision is that they will not be facing claims for missing limitations periods.

“Their clients’ rights remain in place and they’re not put in a position to be treated any differently,” says McCoy, a lawyer with Bergmanis Preyra LLP.

Donation of $12,000 to promote urban studies efforts at Windsor Law

Hearsay probative value must be measured against prejudicial effect and not by case strength: ONT CA