A Superior Court judge has rejected a certification motion for a class action against a Toronto law firm. 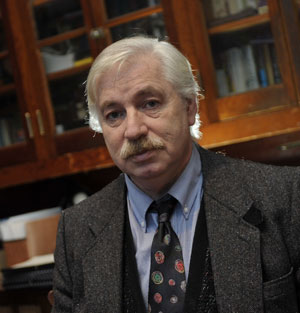 About 6,000 clients of Neinstein and Associates LLP, spearheaded by Cassie Hodge of Brooklin, Ont., took the personal injury law firm to court on the basis that it unlawfully included costs in its contingency-fee payment arrangements among other alleged breaches of the Solicitors Act. None of the allegations have been proven in court.

But Superior Court Justice Paul Perell found a class action isn’t an appropriate way of dealing with the claims because of the need to assess each class member’s matter individually.

“A class proceeding is not the appropriate procedure to obtain access to justice for a group of individual claimants without a commonality other than the possibility of having been victimized by the same villain or group of villains,” he added.

According to the July 29 reasons in Hodge v. Neinstein, Hodge argued, there’s a commonality between the class members on the basis that a breach of ss. 28. 1(8) and 28.1(9) of the Solicitors Act is a strict-liability cause of action. The sections deal with the requirements for contingency-fee arrangements, including the requisite approval from a Superior Court judge.

Perell, however, found otherwise. “The legislature did not make the sections a free-standing strict liability cause of action,” he wrote.

The respondents’ counsel, Chris Paliare, says the decision is proof of the problems with the case. “It was obvious that this matter as a class action was ill-conceived from the outset and that’s just demonstrated by the excellent reasons of Justice Perell.”

Gary Neinstein of Neinstein & Associates had informed Hodge’s counsel before the class action certification motion that if she had any concerns about costs, he was willing to waive any timelines and have the account assessed, Paliare notes. “That was an offer unaccepted by Peter Waldmann; in fact, he never even responded to the offer,” he says.

Hodge’s case had three or four pretrials, Paliare notes, adding that “on a quantum meruit basis, the Neinstein account would have been a lot more than what they charged her.”

Waldmann, counsel for the plaintiffs, says his clients will seek leave for a motion to appeal the decision at the Divisional Court.

“The decision is contrary to other decisions in Ontario and elsewhere,” he says.

“The decision is important to the law and it’s likely wrong.”

Perell said that with the exception of one case, Séguin v. Van Dyke from the Superior Court, the case law doesn’t suggest a breach of the Solicitors Act sections cited amounts to a strict-liability cause of action. He wouldn’t rely on Van Dyke, he said, because a Court of Appeal ruling that made contrary findings trumps that decision.

But according to Waldmann, Perell didn’t point at a specific appeal court ruling that deals with the specific sections of the act brought up in this case.

Although Hodge took the law firm to court alleging it had unlawfully included costs in a contingency agreement and charged her fees she didn’t understand, the judge noted “every conceivable contravention is alleged” in the case, including exorbitant fees and disbursements.

In rejecting the certification motion, Perell also said a class proceeding in the matter would force class members to forgo solicitor-client privilege with Neinstein & Associates, something he said was “unfair” to them.

“I think that the case a bar is one such instance where there would be an implied waiver if a class member did not opt out of the class proceeding, and, thus, I agree with the respondents’ argument that certifying the case presents problems because it would be unfair to class members to certify the action at the cost of their solicitor and client privilege,” he wrote.

It’s another reason why the case would be “unmanageable,” the judge said, adding it wouldn’t have been “an insurmountable obstacle to the certification of Ms. Hodge’s proceeding, if it was otherwise certifiable.”