The Ontario Court of Appeal is being asked to determine what privacy rights exist in the content of an individual’s text messages when they are obtained by police through the seizure of the phone of the recipient and not that of the sender. 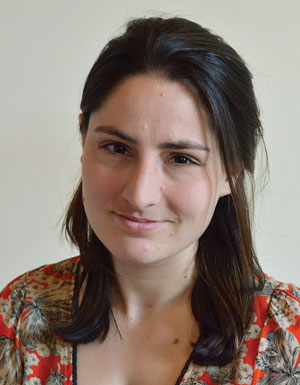 It is only the second time that the status of text messages on another person’s phone has been before an appellate court. The B.C. Court of Appeal ruled last year that there are privacy interests for the sender of the communications. At the Ontario Court of Appeal, the issues have been raised in two cases that are being heard together this week.

Tristin Jones and Jermaine Smith, convicted of gun and marijuana offences after a trial in Ottawa, are challenging production orders to obtain text messages. They are arguing that a wiretap authorization was required. Nour Marakah, convicted in Toronto of gun trafficking offences, is challenging the admission of text messages obtained without a warrant from the phone of a co-accused.

The provincial and federal Crown, lawyers for the appellants and the Criminal Lawyers’ Association, which was granted intervener status, are all represented at the hearing.

If past text messages are treated as if they are the same as phone conversations, it would impair the work of law enforcement, said provincial Crown Randy Schwartz in written arguments filed with the court.
“It would dramatically and illogically impact wiretap law,” wrote Schwartz. “It would have significant, practical negative effects by unduly hampering the ability of police to obtain highly relevant text messages.”

As well, he suggested there is no legal basis for individuals to assert a privacy right in content obtained from another person’s phone. “It would upset the law related to searches of computers, cell phones and other electronic devices,” argued Schwartz.

Once a text message has been sent and stored on another phone, it does not fit the Criminal Code definition of an “intercept” if it is later obtained by police, he said.

The argument there is no privacy right once a text message has been sent is a very “old school” notion based on control, which does not fit with modern communications, says Laura Berger, acting director of the public safety program at the Canadian Civil Liberties Association.

“For an increasing percentage of Canadians, especially younger people, text messages are supplanting voice telephone calls. We need to ensure that privacy protections in place [for phone conversations] are not diluted because of changes in technology,” says Berger.

The Supreme Court of Canada ruled in 2013 in R v. Telus Communications that police needed a wiretap warrant, which is more onerous to obtain, to compel a service provider to capture prospective text messages from an individual.

However, the court did not deal with text messages that had already been sent, and only five of the seven judges directly addressed the status of this form of communication. In a judgment for the majority of those five judges, Justice Rosalie Abella said that texts have several of the “hallmarks” of phone conversations. “Text messaging is, in essence, an electronic conversation,” she stated.

Patrick McCann, who represents Jones at the Court of Appeal, states in his written arguments that the decision in Telus supports the position that wiretap authorization under the Criminal Code is needed to obtain text messages. “These unique requirements recognize the heightened expectation of privacy in private electronic communications and the public abhorrence of state sponsored snooping in private communications,” wrote McCann, a partner at Fasken Martineau DuMoulin LLP in Ottawa.

Last year, the B.C. Court of Appeal released its decision in R v. Pelucco, which concluded there is an expectation of privacy, even if texts can be shared without the knowledge of the person sending the messages. “A person’s right to privacy does not depend on there being no reasonable possibility of an intrusion on that right,” the majority wrote.

Elizabeth Lewis, co-counsel for Pelucco, says the rules for police should not depend on when a message is sent or whether a record of the conversation is preserved on another phone. “It is a massive triumph of form over substance to suggest that the state acquisition of word-for-word private communications should be characterized differently on a matter of the number of days or minutes that have passed since ‘send’ was hit. They are all private communications that the state has intercepted,” says Lewis, a partner at Cobb St. Pierre Lewis in Vancouver.

The federal Crown had an appeal “as of right” in Pelucco because there was a dissent, but it decided not to take the case to the Supreme Court. In the hearing before the Ontario Court of Appeal, though, a federal Crown lawyer is sharply critical of the ruling, in his written submissions.

“That decision is wrong,” stated Nick Devlin. “It obviates the need for privacy claims to be objectively reasonable and creates justice-defeating absurdities in the operation of the Charter.”