In less than a month, the Canadian Radio-television and Telecommunications Commission received almost 50,000 complaints under the new anti-spam legislation. 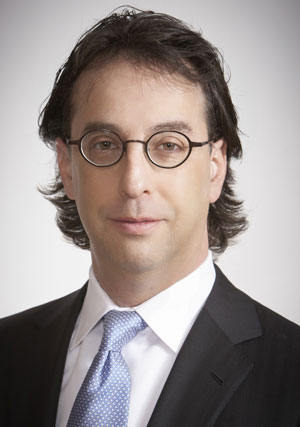 As of July 29, the CRTC had received 47,544 complaints, including through its online spam-reporting centre. The law, which provides for administrative monetary penalties of up to $10 million for an organization found in violation of it, took effect July 1. The law includes provisions for vicarious as well as director and officer liability.

“It’s really an unbelievable number,” says Adam Kardash, co-leader of Osler Hoskin & Harcourt LLP’s national privacy and data management practice. “The volume is unprecedented. We expected there would be a fair volume of complaints, but this number has exceeded the general expectations on this.”

The law has been controversial, particularly for businesses that face more stringent requirements for obtaining consent before sending people commercial e-mails. According to the CRTC, one of the measures of the law’s success will be to change Canada’s reputation as a so-called spam haven.

But how will the CRTC, as well as the two other bodies responsible for enforcing the new law — the Competition Bureau and federal privacy commissioner’s office — handle complaints about spam? Valladao says the response will be similar to the CRTC’s handling of the do-not-call list in regards to telemarketers. “Once the complaints come in, we analyze the data and there’s a triage [based on] the nature of the complaints,” she says, citing the severity and amount of spam at issue as factors the regulator will consider. The CRTC may issue warnings or alerts with the outcomes including notices of violation, the issuance of administrative monetary penalties, injunctions, undertakings or negotiated settlements. “It’s a case-by-case [approach],” says Valladao.

“Due to the sheer volume, they’re going to have to take a triage approach,” says Kardash, who has spent a lot of time during the past few months along with a team at Oslers helping clients prepare for compliance with the new act.

“They’ll have to focus investigations in a formal sense on the most egregious violations,” he adds, noting companies issued an administrative monetary penalty will have the option of paying it, entering into an undertaking similar to a settlement arrangement that acknowledges the offence or taking the matter to the Federal Court.

For those who do go to court, Kardash notes the act includes a due-diligence defence on the basis of having an effective compliance program. “If you’ve been diligent in your efforts . . . this will serve as a bar,” he says, adding lawyers are now focusing on a second wave of anti-spam act work to enhance compliance programs when it comes to things like training and awareness.

As for the future, Kardash expects a wave of litigation, including class actions, once the provisions related to a private right of action take effect in 2017. He also suggests the concerns about the breadth of the law remain and says the government should still consider amending it. “I think it’s really important from a public-policy perspective that amendments to this legislation are put into effect,” he says, citing the lingering concerns about the breadth of the types of messages it covers.

In fact, he says the preparatory work companies undertook to comply with the act was far beyond what they faced when provincial and federal privacy laws took effect several years back. “That pales in comparison with what took place in the two to three months prior to CASL coming into place,” he says.

The debate on the act, then, continues. But for those wondering whether the law really would have an impact, it seems Canadians have been embracing it so far. Despite all of the preparation and consents that filled people’s mailboxes prior to July 1, the number of complaints continues to increase. “It’s growing daily,” says Valladao.