In a move some lawyers are calling unprecedented, Tax Court of Canada Justice Patrick Boyle has recused himself from completing further proceedings in a case after finding appeal materials filed in the matter had accused him of “deceitful and untruthful conduct.” 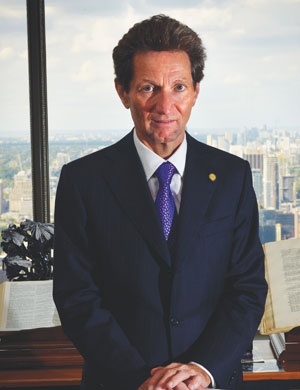 Boyle had rendered a decision last year in favour of the government in McKesson, a case about transfer-price adjustments between McKesson Canada and its parent company, McKesson International Holdings (MIH). But in the recent order, Boyle said he would no longer sit on the case in order to wrap up further issues such as costs because the statements made in McKesson Canada’s appeal factum filed with the Federal Court of Appeal had cast a doubt over his neutrality.

“It is not my habit to review the factums filed in the Federal Court of Appeal in respect of my decisions,” wrote Boyle, who noted “prominent tax lawyers” and a colleague on the court had sent him McKesson Canada’s factum.

But after seeing it, he said he had to ask whether “a reasonable person reading the factum, my reasons, and the relevant portions of the transcript would believe that the trial judge so strongly complained of by McKesson Canada might not be able to remain impartial in his consideration of costs and confidential information.”

What many lawyers find extraordinary is that in the 45-page ruling, Boyle went on to respond in detail to statements McKesson Canada made in its appeal, some of which he said he was “deeply troubled by.”

“For these reasons, it is my view that the appellant has wrongly accused me of being untruthful, dishonest and deceitful. I am simply unable to read their factum or the reasons any other way on this point. I believe they have wrongly written these things in the appellant’s factum about me intentionally under the guise of fearlessly advancing and representing the interests of McKesson Canada. I believe this clearly crosses the line as to what is appropriate,” wrote Boyle.

He added: “I am satisfied that a reasonable fair-minded Canadian, informed and aware of all the issues addressed above, would entertain doubt that I could remain able to reach impartial decisions. I believe that such a reasonable fair-minded and informed person, viewing this realistically and practically would, after appropriate reflection, be left with a reasoned suspicion or apprehension of bias, actual or perceived.”

It’s very unusual for a judge to comment on the merits of an appeal factum filed in a case he already tried, says MacKenzie, who’s also the author of a book on professional responsibility.

“I think it’s very ill-advised for a trial judge to comment in a decision, or for that matter out of court, on the merits of an appeal from the judge’s own decision.”

Boyle’s decision “reads more like a respondent’s factum,” adds MacKenzie. While the judge criticized McKesson Canada’s appeal factum for lacking “polite qualifiers,” MacKenzie says he found nothing inappropriate in it.

“I thought the criticisms of the appellant’s counsel were very unfair. Based on the passages that the trial judge quoted from the appellant’s factum, which he found objectionable, I have to say I disagreed entirely,” he says.
The issue for Boyle, it seems, was how the appellant had worded the factum.

“English is a very rich language; the appellant and its counsel could have forcefully advanced their chosen grounds for appeal without the use of unqualified extreme statements which attack the personal or professional integrity of the trial judge,” he wrote.

In the ruling, Boyle quoted three specific sentences he took issue with:
•    “In these circumstances, I am deeply troubled by the statement by the Appellant in paragraph 89 of the Factum that ‘[t]he Trial Judge did not, in fact, leave this question for another day, as he claims to have done.’”

•    “I am similarly deeply troubled by the statement by the Appellant in paragraph 84 of the Factum that ‘[t]he Trial Judge, without acknowledging it, has challenged whether the written terms of the Agreement reflected the ‘real’ allocation of risk between MIH and McKesson Canada.’”

•    “I am equally concerned by the statement of the Appellant in paragraph 88 of the Factum that ‘[t]his is so notwithstanding the Trial Judge’s contention, at paragraph 132 of his Reasons, that ‘in this case, I do not need to [consider notional continued corporate control] in order to fully dispose of the appeal with respect to the proper transfer pricing adjustment.’”

Despite Boyle’s emphasis in underlining his concerns, MacKenzie says that when advancing appeals, the best approach, and the one courts of appeal appreciate, is a direct one.

“If you’re arguing that the trial judge was wrong, say so, explain why you say so. There’s certainly no requirement that your argument be modified or qualified in any way,” he says.

Tax lawyer Robert Kreklewetz of Millar Kreklewetz LLP says he, too, has never seen anything like Boyle’s decision.

“It’s a very unique decision,” he says. Part of the surprise, he says, is that no one had brought a motion to recuse the judge.

“This was on his own motion.”

While the issue of recusal does give the judge leeway to talk about what a party has said in a factum, Kreklewetz wonders whether the judge could have arrived at the same decision without the analysis he did on the brief in this case.

“He seems to spend a lot of time more or less setting out his particular side of the story and more or less indicating why he thought some of the statements in the appeal are either not correct or supportable, but I was left wondering whether he really needed to say that,” says Kreklewetz.

“You begin to wonder if he needed the detailed reasons or not. I’m not saying he shouldn’t have, [but] you’re just left wondering if he could have gotten to the same point without all the detailed analysis.”

Kreklewetz says what happens next in the case will be interesting. “The note I made after reading it is that I really wanted to read the Federal Court of Appeal’s decision on it,” he says.