Appointment of military judge to Superior Court a first

A 35-year-veteran of the Canadian military is among the latest round of judicial appointments in Ontario announced by the federal government. 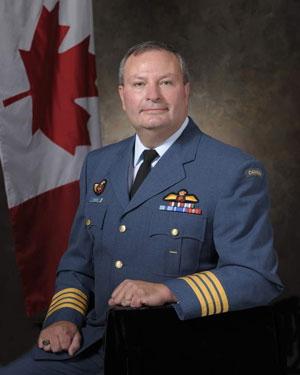 The appointment of Col. Michael Gibson is believed to be the first time someone whose legal experience has been solely in the military justice system, has been named to a Superior Court-level position.

More than two decades ago, a lawyer who practised briefly in the private sector before a lengthy career as a military counsel and judge, was named to the Supreme Court in Prince Edward Island.

Gibson enrolled at the Royal Military College in 1980. He received a law degree from the University of Toronto and two masters degrees in England, while serving in the military. He was also legal counsel with the Judge Advocate General office, a deputy judge advocate and since 2013, has been serving as a military judge.

Gibson appeared a number of times before Parliamentary committees between 2011 and 2013 to explain proposed changes to the National Defence Act, including on one occasion, with then-defence minister Peter MacKay.

The military veteran told members of the standing committee on national defence in November 2011, that only individuals with military experience had the expertise to serve as military judges.

“The bottom line is that there are differences between the civilian justice system and the military justice system,” Gibson stated.

Gibson’s appointment is the second time in less than two months that MacKay has named someone with an unusual background to the bench in Ontario. Grant Huscroft, a constitutional law professor at Western University, was appointed directly to the Court of Appeal. Huscroft, who previously co-authored a text with Stephen Harper’s first chief of staff, is the first law professor in three decades to be named directly to the Court of Appeal.

A different legal background does not serve as a way to predict how someone will perform on the bench, suggests Adam Dodek, a professor at the University of Ottawa law school, who specializes in public law and legal ethics.

“There are examples of fabulous judges, both from amongst those who were superb litigators and from those who never stepped into a courtroom before they were appointed to the bench,” says Dodek, who believes that time spent as a military judge should be good preparation for the Superior Court.

“A lack of substantive experience in civil litigation should not be a concern at all. The Superior Court of Justice has some excellent judges who only practised criminal law prior to their appointment to the bench, for example,” Dodek states.

Gibson was one of four military judges, who presided over a total of about 60 court martial proceedings per year, according to documents filed in 2012 with a military judges compensation committee. His pay will rise from about $225,000 to just over $300,000 as a Superior Court judge.

Four other Ontario appointments were announced by MacKay on Feb. 6, including Kirk Munroe, to preside in Windsor. Munroe is the first criminal defence lawyer to be named to the Superior Court in Ontario, since MacKay was named justice minister in July 2013. There have been 10 former provincial or federal Crown attorneys appointed during that time.

About 83 per cent of new appointments to the bench in Ontario under MacKay’s tenure have been male lawyers.

A number of legal groups have criticized the lack of diversity in judicial appointments by the federal Conservatives and the naming of people with ties to the governing party.

In terms of allegations of patronage, that is nothing new, suggests Troy Riddell, a political science professor at the University of Guelph, who has conducted extensive research on judicial appointments in Canada.

“I am not sure there is any more [patronage] now,” than when the Liberals were in power federally, says Riddell. The one group traditionally excluded from federal judicial appointments has been NDP supporters, he observes.

“You are in trouble if you are not a part of the two big parties,” he states.

Whether the Conservatives have also looked more closely at the ideology of applicants, is an area that deserves more research, agrees Riddell. “That is a question worth asking.”