The rancour between Ontario ombudsman André Marin and a couple of municipal councils — notably those in Sudbury and London, Ont. — continues as the watchdog maintains his campaign against closed meetings. 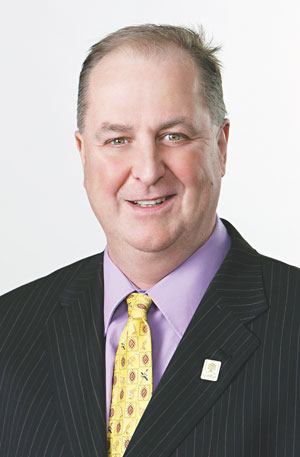 The latest issue dates back to March when Marin’s office announced an investigation into complaints about an allegedly improper in camera meeting at a local restaurant in London on Feb. 23.

On March 8, the office noted it had already received 60 complaints that the gathering of local councillors may have violated the open-meeting requirements of the Municipal Act. It was the highest number of complaints received in relation to a single incident since the ombudsman began dealing with closed municipal meetings in 2008.

City councillors, however, are fighting back. The latest London case isn’t the first matter Marin’s office has investigated there. In August, he released a report on a lunch gathering at the Harmony Grand Buffet on Feb. 21, 2012, that involved six members of the London council, including the mayor.

The councillors defended the gathering as simply a social occasion.

While Marin ultimately accepted that assertion, he was critical of the fact that gathering took place just before an important and controversial vote on the budget.

As a result, he reminded councillors that their conduct is subject to public scrutiny and encouraged them to adopt “modern approaches to closed meetings” by, for example, requiring electronic recording of in camera sessions. Such an approach, he suggested, reduces the time and resources necessary to respond  to an investigation.

The issue, however, hasn’t ended. London Coun. Stephen Orser is among the more vocal of Marin’s critics when it comes to the meeting issue. “Under the Charter of Rights, we have freedom of association,” says Orser, who has publicly declared his right to dine with whoever he chooses.

“The rights of people accused of this should be upheld,” he adds.

Orser has a number of concerns with the investigation process related to municipal meetings. First, he’s critical of the fact people can make anonymous complaints about meetings after which Marin, in some cases, then comes out with public statements announcing an investigation.

In Orser’s view, the process allows complainants, who may have a political agenda, to damage politicians’ reputations during the course of the investigation. He notes that in the February case, there were 35 complaints following a news story about the gathering at the restaurant.

Many of the complainants weren’t there and had no first-hand knowledge of what happened, according to Orser. Instead, they were simply people who had read the news story.

His other concerns include having the right to disclosure and the ability to have a lawyer for what Orser calls a “legal process” that involves summonses and consequences for, among other things, refusing to abide by a subpoena. In addition, he takes issue with Marin’s use of Twitter to provide information on issues related to his office.

The rancour between Marin and some municipal politicians has grown to the extent that some councillors have been calling for his removal from overseeing the open-meeting issue in their municipality. In Sudbury, the local council took that step this year.

The move followed a public spat between council members and Marin when several of them insisted on having the city solicitor present for their interviews. According to Marin’s October 2012 report on municipal meetings, only three of 13 councillors ultimately agreed to an interview. “It was the worst failure to co-operate I have seen,” he wrote in the report.

Orser is calling on his council to follow in Sudbury’s steps in removing Marin. “I’m to the point where I’m going to make a complaint to the Speaker of the legislature and possibly a complaint to the law society,” says Orser, who notes his plan is to move to have council remove Marin after his investigation into the February restaurant gathering.

For its part, Marin’s office says it’s fine with that.

“As Mr. Marin has noted several times, municipalities are able to choose to use the free services of our office or appoint their own investigator,” wrote Linda Williamson, the office’s director of communications, in response to questions on the issue.

“That’s their prerogative under the law as it now stands. However, if they do choose to use our office as their investigator, they have to accept our processes — the same investigative processes we follow with the hundreds of provincial organizations we oversee.

We do hundreds of interviews with provincial officials in our investigations every year, and there is a general understanding throughout the government of our role and our work; witnesses understand they are required to co-operate in our investigations, they are not in any personal jeopardy, and they do not need legal representation.”

Marin himself addressed many of the issues raised by councillors in the October report. In responding to concerns about complainant anonymity, for example, he wrote: “Our findings are wholly based on the facts of the case, not the identity of the complainant.

Confidentiality not only protects complainants from attack and reprisal, it ensures the process is apolitical and allows my office, as an independent and objective investigator, to determine the merit of the complaint without the case being influenced by the personalities involved.”

Marin addressed the issue of legal representation as well. “My investigations are not adversarial or prosecutorial,” he wrote. “They are simply fact-finding exercises. It is completely unnecessary for witnesses to be represented by lawyers during ombudsman investigations.

We do hundreds of interviews in provincial investigations each year with no lawyers present. There is no right to a lawyer in such circumstances, as the witness is never detained or facing arrest. There is no individual interest at stake that would warrant legal representation.”

Orser, however, points to a section of the Ombudsman Act that provides for penalties for obstructing an investigation. Others, too, see merit in allowing those under investigation to have legal counsel.

“There are clearly provisions in administrative investigations where lawyers aren’t allowed,” says Greg Levine, former general counsel with the ombudsperson office in British Columbia and now a lawyer in London.

“I have some trouble with it, though, in the context of ombudsman investigations,” he adds.

While there may not be legal consequences against an individual stemming from the findings of an investigation, Levine says there are effects on people in other ways.

“There are effects from publication of whatever is in the findings,” he says, noting that having an impact on an issue is generally the point of doing an investigation and issuing a report.

At the same time, Levine refers to a section of the act that provides for the same rights and privileges as witnesses in any court.

“So why aren’t lawyers allowed?” he asks, noting having legal counsel is often crucial to being able to exercise those rights. In particular, Levine emphasizes the importance of having counsel when an ombudsman sends out a preliminary report to those under investigation for comment.

Levine notes the B.C. office was fine with allowing counsel when he was there. “When I was there, we certainly accepted counsel or representatives,” he says. “I can’t see any downside to having counsel,” he adds, noting there were no problems with the proceedings being subject to delay due to the involvement of lawyers.

Levine also takes issue with the use of Twitter during ombudsman investigations. “You would expect it to be private,” he says, noting there’s merit to using Twitter in relation to a case once a report is available.

In his October report, however, Marin defended his tweets. “I let people know via Twitter about developments that wouldn’t warrant a traditional press release — for example, that we have sent investigators to a particular municipality or that we have completed a preliminary report,” he wrote.

“Those familiar with Twitter know that tweets are typically brief, informal, and direct,” he added. “It is a highly efficient way of communicating, accepted by hundreds of millions, and I encourage municipal officials to embrace it as part of the modern media landscape.”

Orser, though, has another view.

“A judge making public statements like this is so wrong in my view. It shouldn’t be a pissing match between the city council and the ombudsman.”

Municipal councils looking to remove Marin from the investigations can appoint another investigator in his place. One body they can turn to is the Local Authority Services, a subsidiary of the Association of Municipalities of Ontario.