Plaintiffs who pick the Small Claims Court to fight their wrongful dismissal suits are taking a gamble with their cases due to a lack of judicial expertise, according to a Toronto employment lawyer. 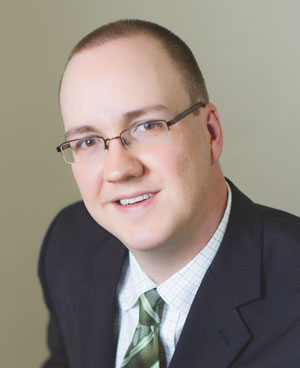 Employment cases have flooded into the so-called people’s court since the government raised the monetary limit to $25,000 from $10,000 three years ago, but Dennis Buchanan is unsure the court is always in a good position to decide them.

“Deputy judges are practising lawyers and they’re very good at what they do,” he says. “The challenge is that not a lot know a lot about employment law. The Small Claims Court has its advantages, but in niche areas you can run into trouble. The common law of wrongful dismissal in particular is a very niche and very well-developed area. Employment lawyers know it very well, but that’s not to say every deputy judge does.”

When both sides have counsel, the pretrial settlement conference can be a pointless exercise, according to Buchanan.

“The deputy judge will say, ‘I can’t really help since you two know the law better than I do,’” he says.

But his big concern is cases in which plaintiffs represent themselves against an employer that has hired a lawyer. “You’re often at the mercy of the submissions being made. Some judges will do their own research when they need to, but when you start getting self-represented parties, you may end up in a scenario where they’re simply not getting guidance in terms of the case law,” says Buchanan.

But Sean Bawden says a lack of judicial specialization is a reality at any level of the courts.

“It’s the luck of the draw, but that is very much like the Superior Court, too. Sometimes your judge is very well versed in the issues, sometimes not. I think given the uptick in the number of employment cases, deputy judges are getting better with more experience.”

Buchanan says it’s not unusual for a mention of the Bardal factors to draw a blank from a deputy judge. Taken from the landmark 1960 case of Bardal v. Globe & Mail Ltd. on reasonable notice, the factors are at the heart of most wrongful dismissal matters.

And since CanLII began reporting Small Claims Court judgments, Buchanan says he has been troubled by decisions in which judges have been tempted into faulty reasoning or misapplication of the law, including cases that have attached inappropriate weight to some of the Bardal factors, and others where the judge appeared to reverse the onus by requiring a plaintiff to show sufficient efforts to mitigate the damages.

Earlier this year, the Ontario Divisional Court ordered a new Small Claims Court trial in another case, Majewski v. Complex Services Inc., in which the deputy judge failed to consider whether dismissal was proportionate to the nature of the misconduct committed by a casino card dealer.

“The judge is not obliged to refer to the test explicitly, but looking at his reasons as a whole, with particular attention to the evidence that he considered important and his analysis of it, I conclude that he did not apply the correct test,” Ontario Superior Court Justice James Ramsay wrote in the Jan. 30 decision.

Jordan Farkas, a Toronto lawyer who founded the web site mrsmallclaimscourt.ca, says he often gets calls from plaintiffs who want to appeal a Small Claims Court decision. Although he says he wouldn’t hesitate to advise a client to file an appeal, he would prefer them to come to him much earlier in the process.

“Wrongful dismissal is not something a dismissed person can do by themselves. There are too many legal factors. You’ve got to understand them well if you want to successfully negotiate a settlement or go to trial.”

Still, he warns all of his clients that the relative informality and looser rules of the Small Claims Court make it an inherently unpredictable venue.
“Anything can happen,” says Farkas.

But it is those same factors that make the court attractive, according to Bawden, and despite the risks, he says a small claims action is still worth it for many.

Doug MacLeod, principal at Toronto’s MacLeod Law Firm, says the increased monetary limit was a big factor in boosting case numbers since it hit a sweet spot in the value of wrongful dismissal cases. While few cases are worth less than $10,000, the $25,000 limit captures a large swath of matters, he says.

“It’s a good place for employees who don’t earn a lot of money. If you’re fairly long term, earning $25,000 a year, you could claim for up to a year’s pay. It’s also good for employees on higher wages, depending on how long your service is or how quickly you mitigated. If you’re earning $80,000 for a year or two, three months’ pay comes out at about $20,000. Even if you earn $120,000 a year and you got a new job after two months, your potential damages are still within the jurisdiction.”