Immigration lawyers are hoping the Supreme Court of Canada will make ministerial exemptions from the broad inadmissibility provisions of the Immigration and Refugee Protection Act a more realistic possibility. 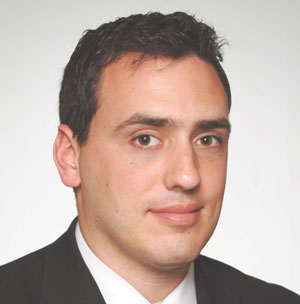 In December, the country’s top court agreed to hear the case of Muhsen Ahmed Ramadan Agraira after the Federal Court of Appeal upheld then-minister of public safety Peter Van Loan’s decision to deny the Libyan an exemption because of his membership in an anti-Gadhafi group.

“The courts have narrowed the ministerial relief subsection to the point where it is really almost irrelevant,” says Steven Meurrens, an immigration lawyer with Larlee Rosenberg in Vancouver. “Hopefully, the Supreme Court will help sort it all out.”

Agraira fled his home country in 1996 and claimed refugee status on the basis of his membership in a Gadhafi opposition group, the Libyan National Salvation Front.

But since there was evidence the group had engaged in terrorism in an attempt to overthrow a government, an immigration officer told Agraira in 2002 that it was her opinion that he was inadmissible to Canada under s. 34(1) of the act.

Subsection 34(2) allows for an exemption if applicants can convince the minister their presence in Canada “would not be detrimental to the national interest.”

The judge said the minister had failed to consider a list of factors in the department’s own guidelines for the processing of ministerial relief applications, including whether the applicant’s presence in Canada would be offensive to the public and whether the applicant had cut ties with the organization or had ever benefited from membership.

They also included the extent to which the applicant had adopted the democratic values of Canadian society.

Then in March 2011, Federal Court of Appeal Justice Denis Pelletier reversed the lower court ruling after finding the minister didn’t have to consider the guideline factors and that humanitarian and compassionate considerations had no place in the decision on relief.

“The notion of ‘national interest’ in the context of subsection 34(2) must be understood in terms of the minister of public safety’s mandate,” Pelletier wrote.

“In my view, this means that the principal, if not the only, consideration in the processing of applications for ministerial relief is national security and public safety.

That line of thinking “goes a bit against what everyone thought that section was about,” Meurrens says. “I think every lawyer was using the test that is outlined in the guidelines, but to everyone’s surprise, the Court of Appeal said that’s not the case.”

Permanent residents and foreign nationals can be declared inadmissible to Canada under sections 34, 35, and 37 of the act. Chantal Desloges, a Toronto immigration lawyer, says the “inordinate delay” associated with exemption requests, along with the low success rates, has rendered ministerial relief “practically unavailable.”

“Most of the public would be shocked to know how broad those provisions are and how many people they apply to that you would never ever think would be dangerous,” she says.

“Nelson Mandela falls under s. 34 because he has been a member of a group that historically used violence. It doesn’t matter if you’re still a member or if the group has reformed. It’s frozen in time and you’re stuck forever, so not to have any effective relief really is a kick in the pants.”

Desloges used a recent case to challenge the constitutionality of the three sections. She argued the Federal Court had accepted the broadness of the inadmissibility criteria in the past because of the safety valve of ministerial relief.

“There are cases that are just sitting there forever. What’s the point of having a relief mechanism if you have to wait 10 years to get an answer on it? Hardly anyone gets it and after Agraira, they’ve ripped the guts out of it, so they can only consider a very limited range of factors.”

Her client Mark Stables, a permanent resident who had been in Canada for more than 40 years after moving here with his family from Scotland at the age of seven, was found inadmissible to Canada in 2010 on the grounds of organized criminality under s. 37 of the act for his membership in the Hells Angels.

Stables joined the group in 2000 and was its treasurer in Ontario for seven years before leaving in 2009. Stables said he was never involved in any criminal activity and claimed to have been vocal in his opposition to the membership of individuals who were.

Desloges filed an access-to-information request with the Canada Border Services Agency that showed that none of the 12 applications for ministerial relief under s. 37 since the act came into force in 2002 had been successful.

Under s. 35, the government had granted just three out of 18 applications during the same period. Under s. 34, there were 24 successful applications out of 247 of them.

In his Nov. 17 judgment, however, Federal Court Justice Yves de Montigny said Stables shouldn’t be able to raise his constitutional arguments because he had failed to bring them forth earlier in the process.

In any case, de Montigny said the huge number of pending cases made it difficult to tell what the actual success rate is for ministerial relief.

“These delays are no doubt troubling, but there may be a number of valid and compelling explanations for each and every case,” the judge wrote.

In the meantime, Stables has been deported to his native Scotland and can only wait until the minister gets around to his exemption request.
“Maybe he’ll be able to come back in 10 years when he is 60. It’s kind of crazy,” Desloges says.