The eyes of the pharmaceutical industry will be on the Supreme Court of Canada in April as it deliberates on the issue of compensation to generic drug manufacturers in Sanofi-Aventis v. Apotex Inc. 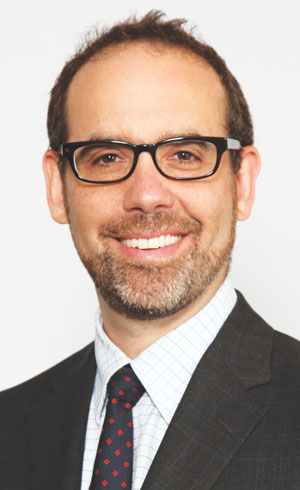 The case will examine compensation for generic drug manufacturers subject to delayed entry into the market as a result of a statutory stay caused by failed prohibition proceedings.

“It will be the first opportunity for the Supreme Court to provide direction on the factors and approach of the calculations under s. 8,” says Adam Bobker, a partner at Bereskin & Parr LLP who focuses on intellectual property litigation.

“The patented medicines (notice of compliance) regulations is an important piece of legislation in the world of patents. One of the issues the court is likely to deal with is how to deal with historical facts or facts in the real world [and] how that plays into the hypothetical but-for world. . . . It’s significant because it deals with a large amount of money.”

The regulations strive to strike a balance between the innovative drug makers and the generic companies. The generic manufacturers may file an abbreviated new-drug submission in which it compares its proposed copy drug with a product already marketed in Canada for which a notice of compliance has already been issued.

Sanofi-Aventis Canada Inc. has the rights to a series of Canadian patents for Ramipril, a drug used in the treatment of hypertension that was set to expire in 2002. Sanofi-Aventis obtained a further series of patents for different indications for Ramipril. Apotex and other generic manufacturers that had certain regulatory approvals from Health Canada and were seeking a notice of compliance to market a generic version of Ramipril challenged the new patents.

Sanofi-Aventis applied for orders prohibiting the health minister from issuing the notice of compliance to Apotex, which prevented the generic drug makers from entering the market for 24 months. But only one prohibition application was successful. At the end of 2006, Apotex obtained its notice of compliance to market Apo-Ramipril and brought an action to claim damages for lost profits during the prohibition period under s. 8. The trial judge determined Sanofi-Aventis had to pay $200 million.

Under the legislation, s. 8 allows for a calculation of liability if an application for a prohibition order is unsuccessful in order to compensate for the earnings the generic drug maker would have made during the prohibition period. Without such a remedy, there’s no disincentive for brands to challenge the generics on every application, says Jonathan Mesiano-Crookston of Goldman Hine LLP. “It’s designed to compensate the generic for the damages it suffered for being wrongfully off the market,” says Mesiano-Crookston.

“There’s so much money at stake, it’s rational for brands to challenge generics for almost all notices. Whatever they [the Supreme Court judges] say will certainly impact every s. 8 case that comes down the pipe. . . . All the practitioners will be watching this closely.”

During the Federal Court proceedings, the judge assessed the compensation owed by considering what would have happened if Sanofi-Aventis hadn’t brought applications for prohibition against Apotex. To do that, she constructed a hypothetical but-for world during a defined period to determine what share of the Ramipril market Apotex would have captured if it had been able to sell its generic version of the drug.

Sanofi-Aventis contends the determination amounted to excessive compensation and that the award to the generic drug makers was an inappropriate windfall.

The Supreme Court of Canada now has to decide the correct interpretation of s. 8 and the legal framework that applies to determine the appropriate compensation.

“In my view, the Supreme Court has elected to take this up because this s. 8 . . . has been litigated significantly and will continue to be litigated,” said Geoff Mowatt, a lawyer who focuses on patent and trademark litigation at Dimock Stratton LLP.

“The scary thing is rejecting one hypothetical for another varies the amount so much.”

In it, Justice Karen Sharlow wrote: “Therefore, it appears to me that in the hypothetical world as well as in the real world, the prohibition applications against Apotex would have been dismissed just as they were in the real world. Each such dismissal gave Apotex a right to claim damages under section 8 of the NOC Regulations. But at the same time, each dismissal based on an invalidity allegation potentially put at risk any other Sanofi prohibition applications based on the same allegation, including the invalidity allegations made by Teva and Riva.”

In dissenting, Justice Robert Mainville agreed, in part, with Sanofi-Aventis. “In my view, the trial judge’s construction of a hypothetical market in which Apotex enters the market free of the regulatory constraints of the NOC Regulations, while the market entry of other potential generic manufacturers is impeded by these Regulations, almost invariably ensures that there will be a windfall for Apotex and the other generic manufacturers availing themselves of section 8 of the Regulations in their respective proceedings,” he wrote.

“This is particularly clear in this case.”

In its examination of the case, the Supreme Court will decide what the necessary framework is to make the calculations for damages. And that guidance, says Mowatt, will lay the foundation for all s. 8 cases that follow.