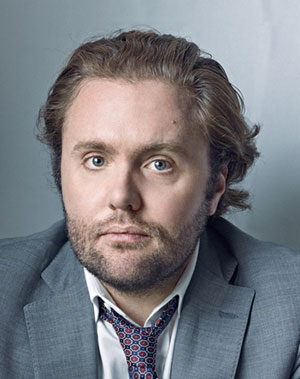 Why the difference with this particular sexual act? The reason wasn’t exactly a mystery. More than 20 years ago, the Ontario Court of Appeal provided an answer, when it struck down the provision as being contrary to the equality rights of homosexuals. But like most laws deemed unconstitutional by the courts, the government never bothered to repeal it. So there it sits in the Criminal Code, sandwiched between the offences of incest and bestiality. Professor Peter Sankoff has referred to the phenomenon as “zombie laws.”

Declared dead by the courts, they continue to wander the pages of the Code. Mostly this is just annoying. But sometimes it has disastrous consequences, as we saw most recently in the Travis Vader case in Alberta. Vader was convicted of two murders under a constructive murder provision declared unconstitutional by the Supreme Court a generation ago. (Once the error was pointed out, and a subsequent hearing held, the trial judge substituted convictions for manslaughter.)

Bestiality has come under scrutiny as well. Earlier this year, the Supreme Court had to settle the issue of whether this offence requires actual penetration or just a sexual act between a person and a non-human animal.

Although the offence has been in the Criminal Code in unchanged form for 60 years and has a common law lineage dating back centuries, its elements had never been clearly defined.

The case that finally caused the court to settle this question (R. v. D.L.W., 2016 SCC 22) involved appalling acts of child abuse by the accused of his own step-daughters, which also involved the family dog. This factual scenario led to the possibly unedifying spectacle of our country’s leading legal minds debating what people from the Renaissance through to the 1950s meant by terms such as “sodomy” and “buggery” and how these offences contributed to the historical understanding of bestiality.

While all of this might be interesting from an historical point of view, it’s frankly ludicrous to think it should have any bearing on whether a person is guilty of an offence in 2016. Presumably, in contemporary Canada, many of us would think that sex with animals is something that ought to be forbidden. But the discussion would focus on the harm it might cause to the animals involved (and possibly also to the people who engage in it) rather than the linguistic habits of long-dead people arising mainly out of religious dogma and sexual taboos.

As Justice Thomas Cromwell aptly noted for a majority of the court, “Parliament may wish to consider whether the present provisions adequately protect children and animals.” His bottom line seemed to be the view that if the law is unclear to judges and scholars, it can’t be invoked to exact a criminal penalty — a view with which I agree.

The problem is this issue isn’t likely to draw the attention of elected legislators who have more pressing and popular things to attend to. And, since the abolition of the law reform commission, Canada has had no dedicated expert body charged with developing law reform proposals. The result is a badly bloated and outdated criminal law, both substantively and procedurally.

We usually think of English law as the fusty domain of wigs and Lords, but the English are actually far more active in law reform than we are.

In just the past few months, the Law Commission has published impressive and practical proposals on the reforming law of misconduct in public office and simplifying sentencing procedure. Our own efforts, like the repeal of section 159, tend to be reactive and piecemeal rather than systematic. I hope that the coming marijuana legalization proposal will prompt a re-thinking of how (and whether) we criminalize the consumption of drugs, but so far the indications seem to be that it will be another niche effort.

Section 19 of the Code enacts the well-known principle that ignorance of the law is no excuse. In theory, this is based on the idea that everyone is presumed to know the law. Naturally, this supposition is absurd.
Even most criminal lawyers have no more than a passing familiarity with much of what fills the Criminal Code. Now, obviously, people should know that crimes such as murder, robbery and sex with animals are wrong without having to consult the law books. Yet the accused in D.L.W. was actually acquitted of bestiality because there hadn’t been any penetration. Other gray areas, both at the macro and micro level, are legion. It’s time for a more systematic effort to redress these problems.
Matthew Gourlay handles criminal and regulatory matters at Henein Hutchison LLP with an emphasis on appellate litigation. He’s available at mgourlay@hhllp.ca.