A Criminal Mind: Time for a constructive look at bail controversies

The other day, a colleague of mine won an appeal for a client previously convicted of a serious offence with the Court of Appeal holding that the trial judge’s reasons for conviction were legally insufficient. The appeal court ordered a new trial. While that was good, what made the victory somewhat pyrrhic in nature was the fact that the client had been sitting in jail while the appeal proceedings were playing out. By the time the court quashed his conviction, he’d served almost all of the sentence originally imposed. 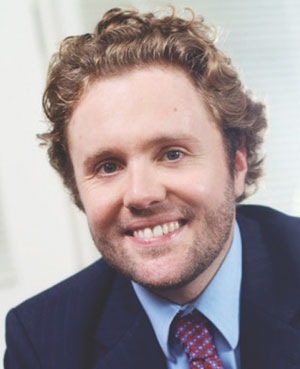 My colleague had tried to avoid this outcome at the very outset by applying for bail pending appeal. But a judge of the Court of Appeal denied the application on the grounds that the appeal appeared weak and unlikely to succeed. I don’t necessarily fault the judge for deeming an appeal to be weak that a panel of the court would later determine to be wholly meritorious. It’s difficult to predict at the beginning of any court process who’s likely to prevail once all the evidence and submissions are in. But when it comes to detaining people in custody based on prognostication about the future, the potential for a wrong guess that leads to an injustice is precisely the problem.

This brings me to the case of Shawn Rehn, whom police say shot two Mounties at a casino outside Edmonton on Jan. 17 before killing himself. A public debate followed the disclosure that Rehn was on bail at the time with the court having granted him release twice in the past 14 months despite having a lengthy criminal record that included some crimes of violence amongst a host of lesser offences.

According to The Globe & Mail, by the age of 32 Rehn had served three federal penitentiary sentences and accumulated close to 60 entries on his record. Nonetheless, he seems to have had little difficulty getting bail on his most recent charges and the court apparently didn’t even require him to present a surety to supervise his compliance.

RCMP commissioner Bob Paulson was outspoken in criticizing the system for having repeatedly released Rehn notwithstanding his unenviable history. My experience tells me that in Ontario, rightly or wrongly, his release would have been more difficult to secure and all but impossible without a reputable surety and a number of strict conditions the surety would have to supervise on pain of losing a lot of money. That won’t stop anyone from going on a murderous rampage, of course, but I haven’t seen any indication that Rehn gave notice of his homicidal tendencies or that anyone should have been aware of them. It’s unfair to fault anyone for failing to anticipate an aberrant outburst of violence.

Still, it may well be true that Rehn should have faced greater obstacles to release or never gotten bail altogether. The system may have failed in this instance. The system includes individuals who are capable of making mistakes based on poor judgment, overwork, inattention or any number of other factors. And reasonable people can disagree about the appropriate result of a given bail hearing. The court must make judgment calls, some of which turn out in hindsight to have been questionable or even wrong.

But any sensible public debate must also take into account cases like that of my colleague’s client where the system misfires in the other direction. These kinds of cases are, I think, a lot more common than the horror stories of a released person who runs violently amok.

It’s true that in these cases, nobody dies as a result. But those denied bail can’t get back the lost time spent unjustly behind bars and monetary compensation is almost never available.

The common parlance doesn’t usually consider denial of bail to someone who later succeeds in obtaining an acquittal to be a miscarriage of justice. Maybe it should be. As it is, nobody hears about these cases. Public outrage isn’t forthcoming. And yet, unlike my colleague’s appeal client, people who are merely facing a charge enjoy a constitutional right not to be denied reasonable bail without just cause. That right is a fundamental aspect of the presumption of innocence, the cornerstone of our system. A person can’t exercise it, however, if police officers, prosecutors, and judges treat every accused as a potential killer.

Last year, the Canadian Civil Liberties Association released a compelling report on the bail system. Contrary to the impression of laxity some have taken from the Alberta case, it paints a picture of reluctance by police to exercise their statutory powers to release people from the station, intractable delays in processing bail, overreliance on sureties, routine imposition of overly restrictive bail conditions, and a proliferation of charges of failure to comply based on conditions the court should never have imposed in the first place.

This last phenomenon is particularly troubling, in my view, because it speaks to a systemic inertia in which jail leads to more jail, on its own momentum, with no socially beneficial end in sight. All of this can seem tedious and statistical to those who haven’t had family members or clients on the wrong end of an unreasonable denial of bail or a trivial charge of breach. But these trends need to be front and centre in the debate over bail if the latest headline-making tragedy is going to help spur constructive reflection rather than misguided reaction.

Writing in The National Post recently about the Alberta case, Christie Blatchford made a provocative point: Rehn’s case isn’t about the need to be tougher on crime at all. It shows us that jail doesn’t work. Rehn was in jail for a good chunk of his adult life, serving sentences that were by no means lenient. Jail didn’t deter him. It didn’t rehabilitate him. We can only surmise, but there’s a good chance that it played a role in keeping him on the petty-crime treadmill. That doesn’t excuse or even fully explain his behaviour. It would be reductive and glib to lay all of the blame for an ordinary criminal’s wrongdoing at the feet of the system. But it does suggest that more jail is unlikely to be an effective prophylactic against the kind of tragedy that unfolded near Edmonton.