Ryerson University has submitted forms to the Ontario Ministry of Training, Colleges and Universities seeking approval of its new law school and expects to hear in the next six to nine months whether its program is approved and has received provincial funding, according to Anver Saloojee, dean of record for the law school.

Ryerson University has submitted forms to the Ontario Ministry of Training, Colleges and Universities seeking approval of its new law school and expects to hear in the next six to nine months whether its program is approved and has received provincial funding, according to Anver Saloojee, dean of record for the law school.

If Ryerson is successful, lawyers who support the proposed law school say it could promote diversity among the bar and provide law students alternative pathways to careers where they can use their legal educations.

However, other lawyers say adding another law school to Ontario in the midst of an articling crisis for graduates is problematic.

By 2025, there is expected to be 1.6 new licensed lawyers for every one new practising position, according to a 2015 report by the Higher Education Quality Council of Ontario.

Hamoody Hassan, a trial lawyer in London, Ont., supports a new law school at Ryerson, in part due to the curriculum it is proposing.

“Their approach to law will be cutting edge,” he says.

Hassan says that many of his articling students have had to teach themselves legal software suites, digital research, financial accounting and practice management.

However, he says students who are considering law degrees should understand that a law degree is not necessarily a direct career path into the profession. Instead, it should be viewed as providing enhanced educational qualifications akin to an MBA, Hassan says.

“The idea that you have to work for a lawyer in order to become a lawyer seems to me to be quite anachronistic, like an 18th-century concept. And there’s no articling jobs, so it’s sort of ridiculous for our law society to say that’s what you need to do to become a lawyer,” he says. 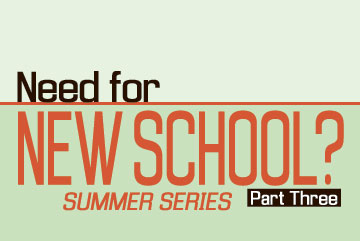 Only 10 per cent of Ontario law firms provide articling positions, and by August or September each year, there are between 200 and 300 candidates that haven’t secured articling slots, the law society estimated in a May report on licensure reform.

In April 2017, Ryerson provided a proposed curriculum for law students — if a school was approved — to the Federation of Law Societies of Canada.

It outlines two-and-a-half years of mandatory courses, including courses on ethics, contracts, torts, property, criminal, constitutional, administrative and Indigenous law in the first year and business law, family law, civil procedure, wills and estates, advocacy and intellectual property in the second year. The curriculum also includes other required courses, such as the business of lawyering, social innovation and the law, legal innovation and access to justice solutions, according to Ryerson’s FLSC proposal.

Students would do five one-week boot camps at the beginning of each semester, the FSLC proposal says, which would focus on career planning, technology innovation boot camp, accounting, taxation and financial analysis, coding and an Emotional Quotient/Cultural Quotient (EQ/CQ) boot camp.

Ryerson’s law school proposal received approval from the Ontario Universities Council on Quality Assurance in October 2017, and then from the Federation of Law Societies of Canada in December 2017. A majority of benchers with the Law Society of Ontario also voted to approve the school in February.

While the school has passed many of the necessary steps to officially open its doors, there are still more steps left to clear. The last stage of the external approval process awaits, from the Ministry of Training, Colleges and Universities. So far, the province has not said what its plans are for a law school at Ryerson.

“The government has not made any decisions related to Ryerson’s proposed law school at this point,” said a spokesman for the ministry on Aug. 8.

Saloojee says the last step in the process for approval for the new law school “is receiving what’s called ‘program approval’ from the Ministry of Training, Colleges and Universities.”

“They haven’t responded to us yet, but we anticipate six to nine months,” he says.

“It may be a tad longer, it may be a tad shorter, it’s just that the government has an enormous amount on its agenda right now. So we wait in the queue.”

Ryerson’s FLSC proposal suggested a tuition of $20,000 for the first year of the law program, which assumes a certain level of provincial funding, called a basic income unit, will be approved.

“The BIU funding [from the province] is an important component of access.”

There have been issues identified by third parties with creating a new law faculty at Ryerson.

A letter released in November 2016, when CamilleCameron, then-president of the Council of Canadian Law Deans and current dean of the Schulich School of Law at Dalhousie University, said that Ryerson had missed an opportunity in the lack of consultation process and had presented a “caricature of Canadian legal education.”

The CCLD letter also said that some of Ryerson’s tech-related proposals are “hardly breaking new ground.”

In keeping with national standards, the Law Society of Ontario delegated responsibility to The Federation of Law Societies of Canada approval committee to consider new law program applications in the first instance and make recommendations to law societies as to whether they should be approved, according to the LSO report.

The FLSC approval committee said in its December 2017 decision that there were three concerns about the proposal, the faculty complement, the law school budget and the proposed physical resources for the faculty and students.

In particular, the FLSC noted that Ryerson’s plan to use existing building space for the new law school might come under pressure if a new, dedicated space doesn’t eventually go forward.

“The Committee is of the view that if Ryerson is unable to secure provincial funding or is unable to demonstrate a sufficient alternative revenue source to offer a J.D. program, that these concerns would escalate to a deficiency and the program will be denied approval,” the FLSC report says.

The FLSC report also notes that the proposed tenured-track faculty complement is low in comparison to the proposed enrollment of students in the school.

However, Peter Wardle, associate counsel at Singleton Urquhart Reynolds Vogel LLP and chairman of the law society’s Professional Development & Competence Committee, who presented the FLSC report to the law society’s Convocation in February, said those concerns are “actually routine and not something for us to be alarmed about,” according to Convocation minutes posted on the law society’s website.

Saloojee notes that the school is not quite ready to open yet and is still in the process of assembling a dean and faculty. The proposed curriculum reflects comments from external consultations, where practicioners told Ryerson students need to be more practice-ready.

“We did an enormous amount of external consultations,” Saloojee says. “We went to law firms, we went to associations like the Canadian Association of Black Lawyers, the South Asian Bar Association. We consulted, we spoke with them, we met with them. We went to independent legal professionals, we brought them into campus and sought their advice, and their input and they were actually fulsome in the advice they gave us.”

Next week, the fourth installment of Law Times’ summer series on the need for a new law school in Ontario will examine how Ontario’s lawyers outside of the Toronto area are adapting to the changing legal landscape.

Management-employee communication key to preventing discrimination in the workplace: lawyer