Labour and employment lawyers are split over the suitability of prison for Employment Standards Act violations after the court jailed a company director for 90 days for failing to pay employees.

In addition to his jail term, Steven Blondin also received $280,000 in fines plus a 25-per-cent victim surcharge. At the same time, the six companies he operated must pay employees more than $125,000 in owed wages, taking his total exposure to almost $500,000.

Kumail Karimjee, cofounder of employment law firm Karimjee Greene LLP, says the decision should be a wake-up call to directors whose companies fail to pay wages. Although a jail term has long been a sentencing option for violators of the act, Karimjee says he has never seen a case where the court has actually imposed it until Blondin’s.

“It is harsh, but I see it as the court saying that workers’ rights really do matter, and if you persistently and seriously violate the law, there are significant consequences,” he says.

“I don’t think it’s a bad thing if the legislature has determined that in certain circumstances that it may be appropriate not just to order to pay wages but to impose a jail term. I don’t think it’s going to happen in every case. This was a particularly egregious one.”

“Jail is very tough, but it is a good message to employers that if you are contravening the law, there is accountability whether they like it or not,” she says.

After the sentencing by Toronto justice of the peace Vladimir Bubrin in November, Ontario’s then-labour minister, Linda Jeffrey, hailed the decision. Following complaints from 61 employees of six companies operated by Blondin, a Ministry of Labour investigation found he owed a total of $1,250,000 to all of them.

Between February 2008 and April 2010, the companies, which operated in Toronto, Orangeville, Concord, Richmond Hill, and Newmarket, Ont., ignored 113 orders to pay unpaid wages from employment standards officers, according to the ministry.

“This sentence serves as a warning to those who believe they are above the law. Our government is committed to ensuring that all Ontarians are treated fairly at work, and we will continue to help ensure that Ontarians know their rights and responsibilities,” Jeffrey said in a statement.

However, Toronto lawyer Arthur Zeilikman believes jail time is an “excessive” punishment for a matter related to wages. In the employment sphere, he says the court should reserve jail for cases involving damage to property, bodily injury or death.

“To take away a guy’s liberty because basically he did not pay them is excessive. A contractual dispute like that should have had its resort in the civil court,” says Zeilikman.

“I can see that that kind of punitive action should be taken for disregarding the safety of workers.”

Although the cumulative total of owed wages sounds large, Zeilikman says it has less impact when presented on a per-employee basis. Split between the 61 employees, the company owed each an average of about $2,000.

“I think you have to put things in perspective,” he says.

“I think the law is wrong here. The circumstances where jail should be involved is if there’s damage to property or some sort of injury to a person.”

According to Karimjee, complaints about unpaid wages are particularly common from employees in certain industries, such as domestic workers, migrant labourers, and restaurant staff.

“Enforcement is a huge challenge in these cases,” he says, adding that this case could provide some comfort to workers that the court will punish the most serious infractions.

“If you have $2,000 per person, sometimes it’s not worth going to the civil courts because you might end up paying a lawyer more than you can recover,” he says.

But he says jail time as a punishment “oversteps the mark.”

Zeilikman says he can’t remember another case where employment standards violators ended up behind bars but he notes imprisonment isn’t entirely new to employment law. He points to the 19th-century Master and Servant Act, passed in 1847, that allowed for criminal prosecution and imprisonment of workers who refused directives from their employers. Employee complaints could only result in fines, according to Zeilikman.

“It’s interesting to see how things have changed. The tables have turned and the master is now the one facing sanctions in relation to the employment contract,” he says. “In my mind, I think it’s unwarranted. There’s a reason why we have moved beyond criminal sanctions in employment relations.”

Alex Heaslip, who practises employment law at Miller Thomson LLP’s Toronto office, says the ministry’s trumpeting of the decision could signal an intention to push for jail in more cases.

“It’s a pretty outrageous set of circumstances. . . . I don’t think you’re going to see a rash of directors going to jail for failing to pay salaries here and there. More often than not, they end up getting paid. But in a situation like this where companies are obviously in severe financial difficulty, we could see something like this happening again. It’s a fundamental tenet of the employment relationship that an employee receives wages for hours worked. When that breaks down, someone should be held responsible and this case shows that the law has teeth and, as a director, you could face that accountability.”

Karimjee says the publicity the case has drawn could also increase the chances of another prosecution involving jail. He says employees owed wages may be more likely to complain to the ministry while those whose claims are successful could also push for similar sanctions against employers who ignore orders to pay.

“I think this is part of really a much broader push by the Ministry of Labour. Most of the information from this case came from a press release from them. In the context of employment standards and workplace safety, they’re really trying to send a message about safe workplaces and compliance with the law. This fits within that broader context.”

Abraham says she has also seen an increased emphasis on enforcement from the Ministry of Labour.

“We constantly hear about employees being injured or harmed at work and they seem to be really cracking down as of late with some heavier fines,” she says.

Despite his reservations about the possibility of jail time for employment standards violators, Zeilikman concedes the case could ultimately reduce instances of unpaid wages. 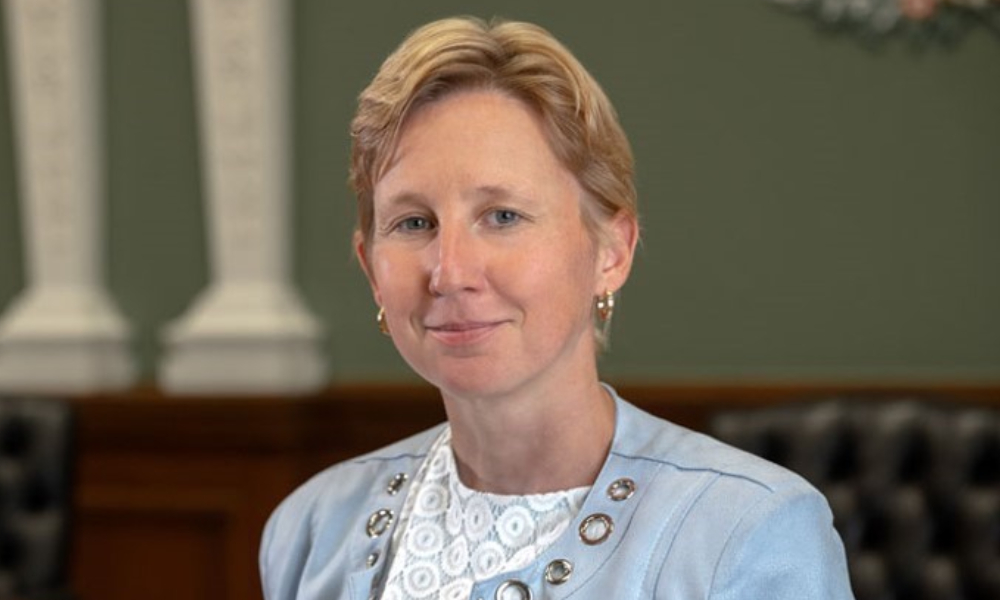