There’s no evidence a proposed law would lead to lawsuits against the federal health minister for recalling unsafe drugs, according to life sciences lawyers. 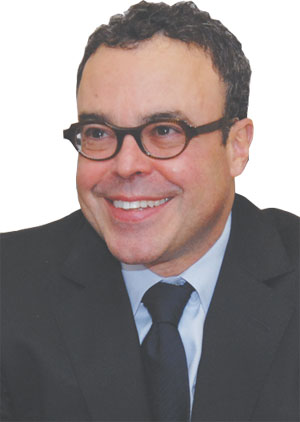 The lawyers reject the claims made two weeks ago by a group of medical and legal academics warning bill C-17 could increase litigation and leave dangerous products on pharmacy shelves.

The bill would amend the Food and Drugs Act by giving Health Canada the power to recall drugs if the minister believes a product “presents a serious or imminent risk of injury to health.”

Currently, the government must negotiate recalls with manufacturers.

But critics have attacked bill C-17, legislation introduced to the House of Commons last December, for not going far enough.

A Canadian Medical Association Journal article published on March 10 says the bill should explicitly exempt the health minister from liability for lost product sales resulting from a recall or suspension.

The article was by a group of authors led by Matthew Herder, assistant professor at Dalhousie University’s Schulich School of Law and faculty of medicine.

Without the exemption from liability, there’s a “strong disincentive to invoking the power to suspend or recall,” the article states. The prospect may “colour” the health minister’s decisions, it warns.

But there’s “no evidence” to suggest pharmaceutical companies would sue in the event of a recall, says Norton Rose Fulbright Canada LLP’s Adrienne Blanchard.

“As a general rule, when there’s an issue with a product . . . manufacturers do work with Health Canada to address the situation,” she says. “I think it’s in everyone’s interests that patient safety is first and foremost,” she adds.

Blanchard, who works with manufacturer clients, is unaware of provisions in other countries that would exempt ministers from liability when issuing recalls.

Health lawyer Alan Belaiche works with hospitals and doctors among other clients. He also feels it’s “a bit of a stretch” to suggest the health minister would avoid recalls out of a fear of lawsuits.

“It seems to me that if the minister is acting responsibly, on the grounds of evidence . . . I don’t think a court is going to disturb that action,” he says.

Criticism of the federal government’s inability to order a drug recall goes as far back as the 1960s thalidomide scandal.

Thalidomide, a morning sickness drug used by thousands of women around the world, was found to cause serious birth defects including missing limbs, fatal lesions on major organs, deafness, and blindness. Despite a withdrawal from European markets in December 1961, it remained legally available in Canada until March 1962 and continued to be available at some pharmacies for several more months.

Gaps in Health Canada’s powers came to light more recently amid lawsuits sparked by the deaths of young women who took the acne drug Diane-35.

These incidents have also added to pressure on the government to release its full reasons for allowing drugs to stay on the market despite safety concerns as well as when it suspends or recalls them.

A 2008 bill that died on the order paper would have allowed the health minister to “disclose to the public information about the risks or benefits that are associated with a therapeutic product.”

The omission of such a provision in bill C-17 “must be rectified,” according to the authors of the Canadian Medical Association Journal article. No Canadian court decision indicates information about the safety or efficacy of a drug is proprietary, and current case law “casts doubt on any such assertion,” they say.

Blanchard agrees the courts have yet to test the principle, although she notes patient-level clinical trial data hasn’t “typically been considered releasable” under access to information laws.

Bill C-17 may improve transparency in another way as s. 28 appears to require hospitals to disclose information on serious adverse drug reactions that occur during clinical trials.

In a famous case starting in the mid-1990s, Toronto hematologist Dr. Nancy Olivieri told clinical trial participants of her concerns about a drug’s toxicity. The case led to a long legal wrangle with the manufacturers.

It’s unclear whether the bill will provide additional protection to whistleblowers, says Belaiche, but he welcomes the apparent commitment to openness and a more patient-centred approach.

Having only received its first reading, the bill will likely face further rigorous scrutiny. Despite its current omissions, it’s a significant departure from the status quo, says Belaiche.

“It’s incredibly surprising that we’ve waited since 1962 to give the federal government the authority that bill C-17 is providing,” he says.

COVID creating increased interest in waivers, but enforceability difficult in some areas