Why is personal injury bar so against ABS?

With alternative business structures promising to be a key focus of debate for the legal profession this year, it’s clear significant opposition will be coming from at least one part of the bar: personal injury lawyers. But what is it about the idea that has them so worried? 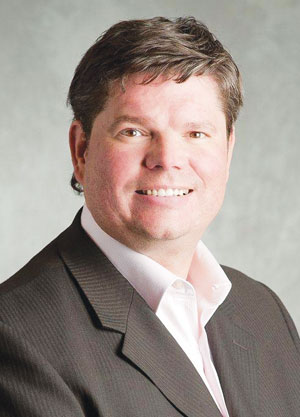 The vast majority of personal injury lawyers work on a contingency-fee basis, Gluckstein notes, something he says is “probably the ultimate message for access to justice.”

For personal injury law, alternative business structures can only have negative outcomes, especially given what would happen if insurance companies owned law firms, according to Gluckstein.

“Imagine the circle of care the insurance company is looking to control when persons injured in an accident are insured with them,” he says.

“In fact, I think it’s going to retard innovation because there is no longer an incentive [to innovate],” he says.

To argue that alternative business structures would foster innovation in the delivery of legal services is to say “Walmart innovated retail,” according to Cameron. “All Walmart did is do it bigger,” he says.

Under alternative business structures, firms would abandon unpopular cases as corporations try to protect their brand, he adds, suggesting the focus would turn solely to the bottom line and pleasing shareholders.

Steve Rastin, current president of the OTLA, says non-lawyer owners of law firms wouldn’t be keen to fill the gap in access to justice where it hurts the public the most: family and criminal law.

“If you were to look at Slater and Gordon in Australia, they will freely admit that their vast majority of work and their income is in the area of personal injury law,” he says.

“ABS is being touted as a potential solution to the access to justice problem. But this does not enhance access to justice. Slater and Gordon will tell you that something like one per cent of their income is derived from family law.”

Going down a similar path would be bad news for Ontario firms, he says. “The reality is that if ABS comes to Ontario, they [corporations] are going to come in and focus on taking over and absorbing personal injury firms.
There isn’t going to be an enhanced level of access for family law or criminal law. At least, that hasn’t been what’s been happening in England and Australia.”

“Their arguments, like most arguments against ABS, are based on emotion and conjecture. They’re virtually devoid of evidence,” he says.

“We have 15 years of experience in Australia. That’s a pretty long clinical trial.”

Kowalski has been to the Melbourne, Australia, offices of Slater and Gordon, where he says the firm offers a broad spectrum of legal services. The Australian firm Salvos Legal has taken 11,000 pro bono cases in the last four years, according to Kowalski.

“You cannot create a law firm to do pro bono work in that way without ABS.”

To the argument that there isn’t an access to justice problem in personal injury law, Kowalski says lawyers need to look beyond just the silos of their own practice area.

The law society released a discussion paper on alternative business structures in September hoping to draw out the profession’s thoughts and concerns. In its response, the OTLA resoundingly rejected the idea, casting doubt on the benefits of alternative business structures and saying the technological advances touted by their proponents are “overstated.”

“Technological change is already occurring at various rates throughout the legal profession. It is not clear that ABS can provide innovation in delivery of legal services that lawyers practising in traditional firms cannot,” according to the OTLA’s submission.

In its submission to the law society, the OTLA also says it would be costly to regulate under the new approach given the potential for conflicts of interest. “It would not be adequate for the law society to simply create new rules in the hope of protecting the public against the types of conflicts of interest that are inevitable in an ABS environment. This will require significantly increased resources and infrastructure for LSUC to regulate such matters. There is scant evidence from other jurisdictions that ABS leads to significant technological innovation.”

The OTLA also says its working group studied the issue and found there’s no empirical evidence that public ownership of law firms had increased access to justice in other jurisdictions. “The focus of many who discuss the issue of access to justice is that lawyers are expensive and that litigation is costly. However, those assertions fail to take into account the particular context in which the legal services are required. If a highly contentious family law or contractual issue is at the forefront of the dispute, then it is difficult to see how ABS will effectively decrease the costs of that litigation in a way that will increase ‘access to justice’ for the parties involved.