Uphill battle for those looking to sue police, say lawyers

Lawyers say a recent judgment dismissing a negligence claim against the Ottawa Police Service is a strong reaffirmation that decisions in underlying criminal proceedings can hold significant weight in subsequent civil actions. 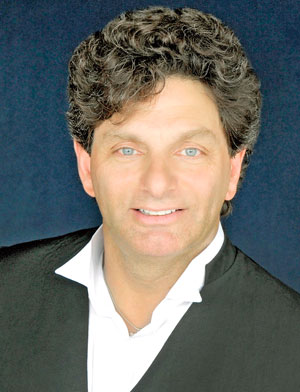 In Farley v. Ottawa Police Services Board, George Farley brought a lawsuit against the police after he was acquitted of a 1997 murder.

He was originally convicted of the crime, but he appealed the decision successfully and a new trial was ordered after the Court of Appeal determined there were errors in the first trial’s jury charge.

He was then acquitted, as a main Crown witness refused to testify in the second trial. Ontario Superior Court Justice Calum MacLeod dismissed Farley’s ensuing civil claim on summary judgment, based mainly on the fact that the Court of Appeal had ordered a second trial.

MacLeod said the police had reasonable grounds to lay the charge against Farley, as the Court of Appeal, in its issuing of a new trial, had found that there was enough evidence that a jury could potentially convict him.

The judge also noted that the Crown, the first trial judge and the jury scrutinized the evidence before the Court of Appeal did.

“It is hard to see how in the face of each of these opportunities to review the evidence it can be said that the police did not have reasonable and probable grounds to lay charges in the first place,” he wrote in his decision.

“In particular the finding by the Court of Appeal that a properly instructed jury could have convicted on this evidence seems a complete answer unless there is evidence of suppression of potentially exculpatory evidence.”

Stuart Zacharias, who represented the police in the matter, says the decision shows how significant the findings in the underlying criminal proceedings can be for civil lawsuits against the police.

“Justice MacLeod hung his hat almost entirely on the fact that the Court of Appeal had ordered a second criminal trial,” says Zacharias, a partner at Ler­ners LLP. “If the Court of Appeal looking at a full trial record is satisfied that a reasonable jury could convict the accused, then what is there even to talk about as far as the police?”

The underlying criminal proceedings concerned the murder of Earl Joe, a man who was set to be a key witness in the assault trial of Peter Chenier. The police arrested and charged Farley with the murder after they obtained testimony from Andre Boisclair, who said Farley had killed Joe under Chenier’s instructions.
Boisclair claimed he was the getaway driver and pleaded guilty to manslaughter.

Boisclair refused to testify at the second trial and Farley spent more than a decade in custody before he was acquitted in 2008.

Farley claimed the police failed to properly investigate and that the police gave Boisclair the idea and opportunity to fabricate the statement.

“It is not appropriate to assess the actions and omissions of the police by a standard of perfection or to consider the benefit of hindsight whether a different result would have occurred if different decisions had been made,” MacLeod wrote. “The question is not whether they were correct in acting on Mr. Boisclair’s information and proceeding against Mr. Chenier and Mr. Farley but only if it was reasonable.”

MacLeod said Farley had submitted no evidence to demonstrate the police could have known Boisclair’s statements were false. Nor was there evidence that the police had supressed or manufactured evidence, MacLeod found.

Rafal Szymanski, a partner with Blaney McMurtry LLP, says police are given latitude as to what information they can rely on when forming their grounds.

“While there appeared to have been issues with the reliability of the statement, the evidence here suggested that the eyewitness’ statement was corroborated somewhat by other aspects of the investigation,” says Szymanski, who defends police in civil lawsuits but was not involved in this case.

Lawrence Greenspon, a certified specialist in both criminal defence and civil litigation, says there are a number of big deterrents to these kinds of actions being brought, including that plaintiffs often have to wait years for their matter to be heard.

“They are hard fought. The other side has the advantage of a large resource for legal fees, namely our tax dollars.

Civil counsel should look long and hard at what’s happened in the criminal process before taking on this kind of a civil action.”

Diane Condo, who represented Farley in his lawsuit, could not be reached for comment.