Unauthorized practice on the rise

The Law Society of Upper Canada says it’s taking action in response to a dramatic increase in the number of complaints about the unauthorized practice of law. 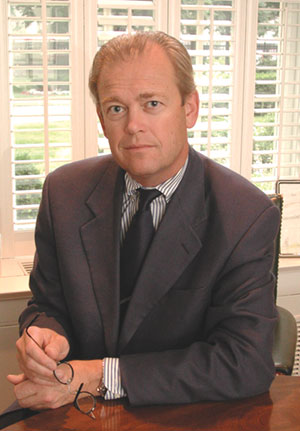 The law society, which is responsible for preventing the unauthorized practice of law in Ontario, says the number of new complaints tripled between 2007, when there were 143 of them, and 2009, when it ballooned to 445.

The total fell to 330 last year, largely thanks to the decision to hive off complaints about paralegals who go beyond their allowed scope of practice. When that tally is included, the number of complaints for 2010 was 398.

Law society CEO Malcolm Heins puts the increase down to the 2006 changes to the Law Society Act. The amendments “expanded the law society’s mandate to regulate paralegals, reduced the number of legal services which could be provided without a licence, and increased the law society’s ability to prosecute unauthorized practice,” Heins says.

When the law society began regulating paralegals in 2007, the new rules permitted them to appear before certain courts and tribunals, and some of the evidence suggests the spike in complaints could be due in part to licensees getting protective over their new territory and turning in those without the proper credentials.

“Anecdotal evidence from our investigators indicates that recent complaints involving unlicensed individuals, in particular those practising in Small Claims Court, provincial offences court, and administrative tribunals, have originated mainly with licensees, both lawyers and paralegals,” Heins says, noting that complaints also come from the public, the judiciary, and tribunals.

A recent report on the issue submitted to Convocation showed that the number of complaints in the first quarter of 2011 was down to 61. The number was 74 after including complaints about paralegals, a decrease over the last quarter and the equivalent period in 2010.

“We have made significant progress in addressing [unauthorized practice] and in my view, the issue . . . is under control,” wrote report author Zeynep Onen, the law society’s director of professional regulation.

Onen noted that a number of complaints involve paralegals continuing to advertise or offer services in family law, an area of practice they lost when the law society took over regulation.

“Some such services are offered under the pretext of ‘mediation,’ but without affording the parties the opportunity to have the mediated agreement, typically drafted on the spot by the mediator himself or herself, reviewed independently by each party’s lawyer,” she wrote.

The law society deals with complaints about paralegals and lawyers who practise while suspended through the disciplinary process rather than before the courts.

Just last month, it disbarred David Robert Conway of Toronto for continuing to practise while suspended after running into trouble over his failure to register discharges for clients and ignoring correspondence from other lawyers. It also ordered him to pay $5,000.

A number of paralegals have also faced problems for straying too far into the territory of lawyers. Earlier this year, Suzy De Jesus Dos Santos lost her appeal of the decision to deny her a paralegal licence. The hearing panel said it was disturbed by her “cavalier and nonchalant” attitude to the offence.

“Her actions created problems for some of her clients rather than helping them,” wrote panel chairman Ross Murray.
Meanwhile, one of the most high-profile cases of paralegals practising beyond their scope continues to rumble through the law society’s disciplinary process.

On May 31, an appeal panel allowed former North Bay, Ont., councillor and paralegal Maureen Boldt to continue practising until her appeal of a decision to deny her a paralegal licence can be heard.

Boldt served four months under house arrest in 2007 for contempt of court for the unauthorized practice of law after preparing a separation agreement. The original law society panel found Boldt was “ungovernable,” posed a public risk, and had “no moral compass.”

The law society also has the power to prosecute non-licensees for unauthorized practice under the Provincial Offences Act. According to Onen’s report, the LSUC has preferred to steer away from prosecutions in favour of less expensive permanent injunctions by the Superior Court that are enforceable through civil contempt proceedings if necessary.

Included among non-licensees are lawyers who have previously been disbarred but continue to hold themselves out as able to practise. Late last year, Lee Fingold was found guilty of 12 counts under the Provincial Offences Act related to the unauthorized practice of law 14 years after his disbarment for misappropriating funds from his real estate practice.

He now markets himself on his web site as The Blessed Paralegal and claims he helps people prepare to represent themselves in court. “If you want Blessed Advice, not legal advice, please do call me,” he writes.

Cases such as Fingold’s are rare, according to Onen’s report. Between 2008 and 2010, just eight cases were referred for prosecution and there were a further 10 applications for permanent injunctions.

In 2010, as part of its efforts to tackle the large increase in cases, the law society began to send all of its complaints about unauthorized practice, even less serious ones, to its investigations department. According to Heins, the concerted effort has made a difference.

“We eventually determined that it is preferable to maintain all [unauthorized practice] complaints in one department in order to be able to consistently follow up where the informal resolutions do not work and to develop expertise in investigative approaches that are unique to [such] cases,” he says.

When there is a complaint, the law society takes an escalating approach to the alleged offender. While cease-and-desist letters are often enough to halt the practice, the LSUC asks those who persist to sign an undertaking not to continue. If that request is unsuccessful, the law society initiates court proceedings.

According to the LSUC, an emerging trend concerns unauthorized practitioners targeting ethnic or multicultural communities. Onen’s report notes that those types of practices may be underrepresented in the complaints figures because people may feel reluctant to report members of their own community.

“We have noted that certain individuals are targeting particular communities and exploiting those communities’ lack of familiarity with the law society’s regulatory role,” Heins says. “We are in the process of undertaking a targeted communication effort to provide information to the public about how they can find out if the representative they wish to retain is properly licensed.”