The shine is off the apple

Arbitration has been widely hailed as a vast improvement over court processes, and yet dissatisfaction with the cost and speed of arbitral proceedings is significant. 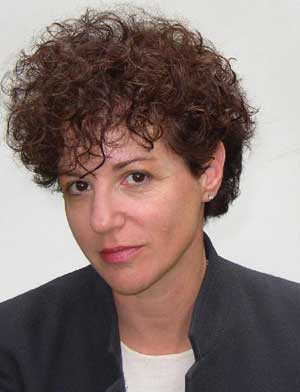 Many groups that have painstakingly constructed an arbitration process, as well as individuals who have contracted to arbitrate, are now sidelining that process in favour of mediation and other options.
If you’re looking for an example of an arbitration-based system that is morphing into something else, you need look no further than labour relations law.

“Arbitration in labour relations is the original ADR model,” says Elaine Newman, associate director of the LLM program in labour and employment law at Osgoode Hall Law School. “Historically, it was designed as an arbitration system. From that origin I have certainly witnessed a shift in my practice, and a preference on the part of parties toward med/arb if not peer mediation. Arbitration in my practice is a process of last resort.”

Labour relations experts are often retained as arbitrators to get jurisdiction under the Labour Relations Act and the collective agreement, but quickly find that their mediation skills are what’s needed.
“Once the hearing convenes, counsel will give opening statements, have the opportunity to hear the position of the other side and the opportunity to consult with their client,” observes Newman. “Very often at that point, counsel will agree that the matter might be mediated.”

Toronto mediator and arbitrator Barry Fisher sees this dynamic being played out under private contracts that provide for the use of arbitration in the event of a dispute.
“Sometimes there is a mediation clause in a private contract, but even when there’s not, the parties are choosing to mediate first. It’s virtually a precursor step although completely voluntary. It’s very common that where parties seek a court order appointing me as an arbitrator, they will also want to appoint me as a mediator and bifurcate the functions that usually play out.”

This requires a lot of skill and flexibility on the part of the arbitrator/mediator.
“If the arbitrator is able to shift processes, that is an extremely valuable service to the parties,” says Newman. “There is still a place for the academic arbitrator who is not a mediator. There are cases that require that brilliant academic. Labour relations law has become the multi-door courthouse that was contemplated by the early academics in ADR. You can come in and choose from informal mediation, a combination of med/arb or arbitration, and professional arbitrators will provide.”

Arbitrators worldwide are increasing their skills to meet this challenge. In England the Chartered Institute of Arbitrators has changed its Royal Charter and bylaws to include all forms of ADR after it found that 38 per cent of its membership is now involved in mediation. At the ADR Institute of Canada, most of the arbitrators are mediators as well.

Newman feels the flexibility of the process makes current practice dynamic and exciting but also poses a problem for the participants.

“The trick in third-party arbitrating is to be careful and wise - ensure that if you are asked to invoke a process shift, you bring the parties along, particularly the less sophisticated parties,” warns Newman. “As a mediator, you often work with evidence that is not admissible. You might hear rumour, innuendo, information about reputation, and personal rumination.”
She canvasses what happens if the mediation is not successful.

“The arbitrator puts her jacket back on and goes back to the head of the table. There is a physical change, an atmospheric change, and a legal change. The arbitrator is going to disregard evidence that is not evidence. That is a skill that comes with experience in the role. But if the arbitrator fails to explain to the parties what the legal implications of the process shift are, the grievor can become completely confused and potentially dissatisfied. Process change has to be handled appropriately and professionally.”

At present, nobody in Canada can provide figures on which dispute resolution mechanisms are most in use. Genevieve Chornenki, a mediator in private practice in Toronto, says the actual numbers are “one of those continuing mysteries. A program may know how many arbitrations per year and how many mediations per year it conducts, but in a general way, no one can say. In my experience, practitioners who do both would do proportionately more mediation than arbitration if they practise in the civil or family area.”

There is no doubt that law society imperatives making it mandatory for lawyers to canvass ADR options with their clients have helped the trend along, but it could not have happened if clients were not willing to go down that route.

“Mediation is always an easier sell than arbitration because it doesn’t require people to turn over authority to other people,” says Chornenki. “It’s easier to voluntarily commit to arbitration.”

Some choices are not client-driven but policy-driven. The Sport Dispute Resolution Centre of Canada, which was set up as an educative and arbitrative service, shifted its focus in 2006 by requiring mandatory mediation in all but doping cases. President Allan Stitt says the decision was based on the wish to expose people to interest-based approaches, which he hopes will give them a better sense of how to prevent disputes.
“In sport, people still require education,” says Stitt. “We deal with a lot of unrepresented people who don’t necessarily know mediation or arbitration. Athletes are often on their own.”

To this end, the centre appointed a resolution facilitator, described by Stitt as a quasi-mediator. Whoever comes to the centre with a dispute is required to spend three hours with the facilitator, usually over the phone, as a preliminary step before arbitration.
In labour relations, where Newman believes mediation is on everyone’s radar, it is the clients who are driving the change.

“There is a very interesting tension in the field,” observes Newman. “Many skilled arbitrators offer the option [of mediation] but we do not impose the option. In my view, it’s because we respect this critical fact: that it is the parties who are the experts and have the greatest insights into the intricacies and dynamics of their own workplace and collective agreements, so we also respect the parties’ choice of process.”

Her description of the motivations behind the change could apply to many disputes that would benefit from a less adversarial approach
“The parties have a longstanding continuing relationship that must be maintained. They need to find a way to live happily together and be productive.”

Newman believes that arbitration, by its nature, can produce hostilities that can thwart these designs. “The parties may resolve the battle but then go on to fight the war.”