Researchers are questioning police interviewing techniques after a recent study showed how easy it can be to manipulate people into recalling vivid details of committing a crime they never took part in. 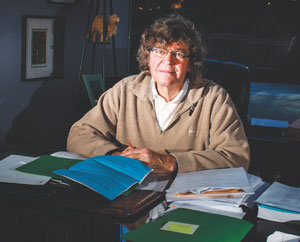 “We were astonished at the rate of false memories of crime that developed. We weren’t anticipating anywhere near this kind of vulnerability in the average person,” says University of British Columbia Prof. Stephen Porter, who undertook a joint study published online recently in Psychological Science with British researcher Julia Shaw.

The pair collected background information on 126 students at the university from their caregivers through a questionnaire. They kept the responses to the questionnaire secret from the participants.

During three 40-minute interviews, the researchers asked the participants to recall two events from the time they were between the ages of 11 and 14. One of the events came from the caregiver questionnaire and involved something that actually happened. The second event, however, was a manufactured story about the participant committing crimes such as assault and theft.

Predictably, the participants quickly recalled the event that did take place and didn’t at first remember the false event. But through some persistent and manipulative techniques, such as the mention of an actual friend and the place where the participants actually lived, the researchers eventually obtained a “full-blown visual memory” of a criminal event that never happened 70 per cent of the time.

“It’s not too difficult, using manipulative tactics that we often see in police investigations, for people to be convinced and to come to recall that they committed a pretty major offence,” says Porter.

One of the interviewing methods used by police, known as the Reid technique, has been subject to criticism for its draining impact on suspects who sometimes tell the officers what they want to hear in order to get out of long and gruelling interviews.

According to Porter, the research is another reason to doubt the reliability of the technique and the legitimacy of confessions. “It really suggests that we have to have strict guidelines on what happens in police interviews in terms of the kind of tactics that are being used and we sort of mimicked in our study,” he says.

In fact, 30 per cent of wrongful convictions looked at by the Innocence Project in the United States resulted directly from false confessions, according to Porter.

“It’s not a minor issue but it could be much more problematic than we had any idea about,” he says, adding people induced into creating false memories may continue to believe them and never appeal their conviction.
That’s especially true when the suspect had some type of amnesia due to factors like substance use, he says.

James Lockyer, a founding director of the Association in Defence of the Wrongly Convicted, says he’s surprised by the percentage of participants who recalled false memories but not by the phenomenon itself.

“It certainly happens, particularly in cases where the suspect feels guilty about the situation he or she is being questioned about,” he says.

Lockyer agrees false memories are another aspect of what he calls a dangerous interviewing technique by law enforcement. “It’s another facet of it where if you push someone hard enough — especially if you appeal to their sense of justice, which is a classic example of how police approach these kinds of cases — . . . there is no question that people fall into acknowledging they did things they didn’t do.”

When the students in the study eventually learned one of the two events had never taken place, they were dumbfounded and some even argued with the researchers about the legitimacy of the story, says Porter.

Alan Young, who runs Osgoode Hall Law School’s Innocence Project, says he’s aware of cases in which people deluded themselves into believing they had committed a crime. “We’ve been very aware of this phenomenon at the Innocence Project and somewhat shocked by how cavalier law enforcement is in terms of addressing whether or not they are inducing false or accurate confessions,” he says.

“You have false confessions that are not just people saying something to get out of the room to get a glass of water. You have false confessions in which the person can incorporate the guilt into their very memory and delude themselves into believing they’re guilty,” he adds. “That’s the rarest one. Most people have awareness that they’re not accurately recounting a story.”

The issue of false memories has implications for the law beyond police interviews. The legitimacy of memories can be an issue in cases of historical sexual abuse as well with defendants linking false recollections to therapy sessions.

In a way, that scenario isn’t so different from police interviews, says Porter, who serves as an expert witness in historical sexual abuse cases. “It’s kind of analogous to the police interview where the police investigator has a guilt-presumptive assumption,” he says.

“In many cases where historical abuse memories have been brought into question, the therapist had an assumption that the person must have been abused given their current symptoms even when the client didn’t report and remember any abuse.”

The field of psychology has identified the features of interviews where false memories are likely, he says. They include guided imagery in which interviewers ask their subjects to close their eyes and picture their childhood bedroom where something foul may have happened.

Porter says a potential area of research in the future would look at whether some people are more vulnerable than others when it comes to interviewers inducing them to create false memories.