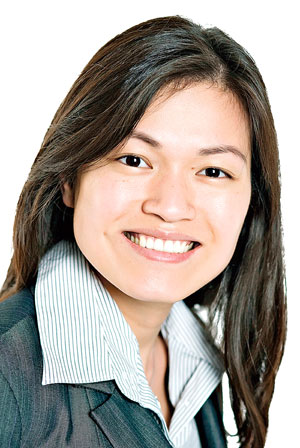 In Wardak v. Froom, the defendants, Stephen and Carol Froom, held a party for their son, Graeme, celebrating his 19th birthday in 2011. The plaintiff, Dean Wardak, who was 18 at the time, had been drinking at the party before he walked home, got in his car and crashed into a tree. The accident left him quadriplegic.

Justice Wendy Matheson dismissed the defendants’ summary judgment motion that asked Wardak’s claim be thrown out and said the case must go to trial.

While Matheson did not rule on whether or not the defendants owed a standard of care to the plaintiff in the case, lawyers say the decision leaves the door open for a finding of social host liability in cases where the injured person is a guest and there is a paternalistic relationship between the parties.

“It kind of gives us arguably hope in cases where someone attends a party and there’s alcohol and they actually get injured themselves,” says Nga Dang, a personal injury lawyer, who was not involved in the case.

Central to the Frooms’ argument in their motion for summary judgment was that a Supreme Court of Canada decision in 2006, Childs v. Desormeaux, precluded a finding of duty of care.
They also argued that they met the applicable standard of care and had not served Wardak alcohol.

Childs was the first time the Supreme Court ruled on the issue.

In that decision, the Supreme Court found that social hosts did not owe a legal duty of care to third parties who had been injured by their intoxicated guests, but it left the door open to cases in three situations in which the foreseeability of harm is present.

One of those situations is when there is a paternalistic relationship between the plaintiff and defendant.

As such, Matheson determined the Childs decision did not preclude a finding of duty of care in this case, as Wardak was not a third party but a guest, and that the case falls within “the contemplated paternalistic duty.” Matheson also noted that the Childs case did not involve underage drinking.

In her dismissal of the summary judgment motion, Matheson found problematic aspects in some of the evidence submitted. She said transcripts from examinations for discovery were not proper evidence and that submitted witness statements were not sworn affidavits.

Matheson said she was prepared to overlook the technical problems of this evidence as the parties had agreed to submit it that way but found there were also too many factual gaps for the case to be fairly decided on a summary judgment motion.

Matheson found there were differences in accounts as to when and how much Wardak was showing signs of intoxication and that there was only “double hearsay, unsigned, unsworn summaries” from some of the key witnesses at the party.

Dang says lawyers are still grappling with how to present evidence on summary judgment motions and the decision provides a good indication as to what judges will accept.

“We’re all still trying to figure it out in certain ways,” she says.

Daniel Reisler, the lawyer representing the defendants in the case, says he thinks judges have been particularly tepid to rule on summary judgment motions.

“Particularly in damages actions, there has always been a sense that people should have their day in court,” he says.

“That may have been reasonable when we had more judicial resources relative to the amount of litigation. We’re not in that situation anymore. I don’t think we can afford to let every case go to trial.”

He added that the decision shows that no matter how strong the liability case you have is, a damages action with serious injuries remains very difficult to win on a summary judgment motion. While there has never been a finding of social host liability in Canada, the lawyer for the plaintiffs, Leonard Kunka, says he is encouraged by Matheson’s decision.

“It certainly gives me hope that in an appropriate case where you can establish the duty of care that the court would impose liability on a social host,” he says.

Reisler says his clients have no intention to appeal Matheson’s decision, meaning the case will likely be heading for a trial.