Should AG be able to seize alleged drunken sailor’s boat?

If the Ministry of the Attorney General gets its way in a unique civil forfeiture case, an alleged drunken sailor could see his boat taken away by the government. 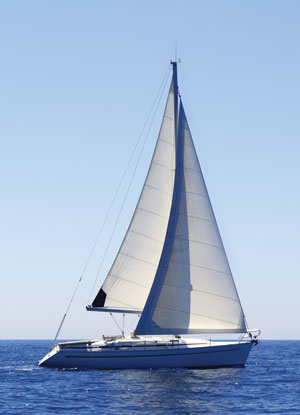 It would be an unusual reading of the Civil Remedies Act, legislation that often targets property obtained through the proceeds or used as an instrument of crime. But in Ontario (Attorney General) v. Kittiwake Sailboat (Registration #50E83594), “it is not alleged that the boat was acquired with the proceeds of crime, or that it is used [as] a criminal enterprise,” according to Superior Court Justice David Corbett’s endorsement in the matter last month.

The attorney general is still seeking to seize Valetin Chygyrynskyy’s sailboat on the basis that he operated the boat while under the influence of drugs or alcohol. Chygyrynskyy, an unrepresented litigant, denies he was the person operating the sailboat while impaired.

In a recent ruling, Corbett said he’d feel uncomfortable to make findings in the case without hearing opposite views from counsel. He asked to have an amicus curiae assist the court as “Mr. Chygyrynskyy, who cannot afford counsel, who has no legal training, and who does not speak English, cannot help the court with the legal issues.”

“Assuming without deciding that the facts are as alleged by the [attorney general of] Ontario, there is a significant legal question as to whether the Civil Remedies Act can and does extend to forfeiture of property in these circumstances,” he wrote. “These are important issues that could have significant implications for a great many people.”

The Crown is proceeding with the case despite the judge’s concern that the matter may not be appropriate for what he called a decision of first impression given that Chygyrynskyy is representing himself and his sailboat isn’t a high-powered one.

“The potential impact of this case on forfeiture practices generally, and thus on the general public, is a matter of concern, however. The [attorney general of] Ontario is [in] no sense neutral on these questions,” the judge said.
“Before deciding them, I wish to hear any contrary legal arguments. Therefore, I have concluded that it is appropriate to appoint amicus curiae to assist the court.”

Blake Cassels & Graydon LLP associate Joshua Krane says the court is “clearly concerned” about a fair outcome in this case.

“The decision to appoint an amicus in Mr. Chygyrynskyy’s case shows that the courts are clearly concerned about the scope of Ontario’s civil forfeiture laws and their impact on the rights of individuals who have not been subject to a criminal process,” says Krane.

In the past, the government has turned to civil forfeiture laws in motor vehicle impairment cases, according to Krane, who suggests authorities are using the act to “supplement or circumvent criminal laws.”

“The intention behind the act was to address criminal enterprises, not to supplement criminal laws regarding the use of motor vehicles or other vehicles,” he says.

“So what the outcome is, it’s the government using a statute of general application to supplement or circumvent criminal laws.”

That’s problematic, Krane continues, because the criminal law includes protections, such as the right to a fair trial, that aren’t present in the civil forfeiture context.

Ottawa lawyer Roxie Graystone, whose work is around civil remedies, says the Civil Remedies Act is “forward-looking” legislation and notes the Crown must prove the property is likely to be used in unlawful activity as well as the likelihood of serious injury to the public.

In this case, the Crown may be seeking an expanded meaning of an “instrument of crime,” says Graystone, who notes he’s not familiar with other cases that have dealt with this issue in Ontario.

Although Ontario doesn’t keep records, British Columbia’s database of forfeiture applications shows almost all outcomes are favourable to the Crown’s position, says Krane. Often, the respondents don’t see an incentive in putting up a defence as the cost of doing so is greater than the value of the property in question, he notes.

“It is problematic,” he adds.

“These laws allow for tremendous discretion by the prosecutor to bring a proceeding, and once a proceeding is brought, the outcome typically favours the Crown.”

The Ministry of the Attorney General wouldn’t comment on the case in question but noted the Civil Remedies Act serves a different purpose from criminal forfeiture legislation.