A Toronto lawyer who says psychological disorders led him to ignore clients and repeatedly defy the Law Society of Upper Canada has received the green light to resume his law practice. 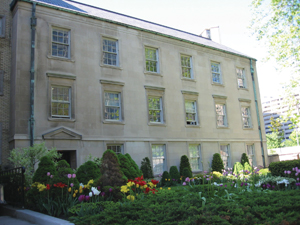 At a hearing last week, Yaroslav Mikitchook convinced the LSUC to terminate the indefinite licence suspension imposed on him after his seventh finding of professional misconduct.

“We understand he has been seeing a psychiatrist approximately twice a week, and it is our understanding that will continue,” said panel chair Paul Schabas.

“They concluded Mr. Mikitchook made the errors he did for psychological reasons,” Schabas said.

Counsel for the law society and the hearing panel agreed that Mikitchook’s progress in therapy represented a material change of circumstances.

“The picture has changed for him to the point where he is now ready to return to practice,” Cousins said.

Last January, the law society deemed Mikitchook had once again engaged in professional misconduct, the seventh such finding since the early 1990s.

When the client terminated the retainer, Mikitchook failed to pass the file on to his new lawyer or respond to repeated correspondence, the ruling said.

When a complaint against Mikitchook was filed, he neglected to respond to the LSUC. He then failed to show up for his disciplinary hearing, instead choosing to go on a holiday with his wife, documents show.

Counsel for the law society argued last year the lawyer was “ungovernable,” constituted an “unacceptable risk to the public,” and should be disbarred.
At last week’s hearing, the panel heard evidence of Mikitchook’s lengthy disciplinary history.

In 1992 and twice in 1994, the LSUC found him to have engaged in professional misconduct for failing to communicate with and misleading clients and failing to respond to the law society.
His penalties escalated from reprimands and fines to a six-month suspension in 1994.

In 1997, the law society ruled he had misappropriated funds in trust, a breach later shown to be due to bookkeeping inadequacies. As a result, he received a three-month suspension. The LSUC then suspended him for the third time in 2001 for professional misconduct in breaching a Convocation order.

Similar complaints against Mikitchook on behalf of clients led to further misconduct proceedings in 2008. The lawyer then submitted psychiatric evidence to the panel indicating he had two underlying personality disorders that drove him to behaviour that undermined his own career.

“The self-defeating personality disorder causes people to be involved in self-sabotage,” said a law society ruling.
Two psychiatrists conducted interviews and tests with the lawyer and submitted they didn’t feel he was ungovernable but rather that he lacks the normal ability to deal with complaints about his professional conduct.

“He becomes paralyzed and is unable to respond in a normal way, leading to escalation,” the ruling said.
In response, Mikitchook received another three-month suspension, after which the law society prohibited him from practising law except under the supervision of another licensed lawyer for five years.

It also ordered him to engage in a course of therapy.
However, Mikitchook then apparently ignored a subsequent notice of application related to the most recent misconduct proceedings and missed his panel hearing.

A letter from the lawyer’s psychiatrist described that oversight as “another example of his pattern of automatically turning a blind eye to situations he experiences as unpleasant rather than addressing them head on.”

Dr. Norman Doidge, a psychiatrist who submitted a report to the panel, indicated Mikitchook was driven to do too much in his practice.

“A core psychological conflict for Mr. Mikitchook leads him to repeatedly overextend himself to clients, without retainers, working many hours for free, and becoming inevitably overwhelmed and fed up,” Doidge wrote.

“At times, he cuts off work on a file without having attended to the necessary communication with the client to maintain a healthy lawyer-client alliance.”

As a result, a disciplinary panel suspended Mikitchook indefinitely until he could provide medical evidence that he is able to practise law. It also ordered him to engage in ongoing therapy and practise only under a plan of supervision for five years once the suspension ended.

In Doidge’s most recent report to the panel, he and two other psychiatrists agreed that Mikitchook is ready to return to the practice of law under supervision and is highly unlikely to run into further problems with clients and the governing body.

The report indicated the lawyer would not be inclined to “put his head in the sand” and concluded “it would be psychiatrically beneficial for him to resume practice and contribute to the community with his legal skills.”

Counsel for the law society didn’t oppose the motion to terminate the suspension. “He’s shown insight into his difficulties,” Janice Duggan said.

The panel accepted the motion.
Cousins indicated his client has kept up with continuing legal education programs over the course of his suspension and has the support staff in place to return to his practice.

As well, Mikitchook’s previous mentor has agreed to help implement a plan of supervision, he said.