OTTAWA - The Harper government’s failure to meet a statutory deadline to respond to recommendations for judicial salary hikes has had an impact on the independence of the judiciary in Canada, says the head of the Canadian Bar Association. 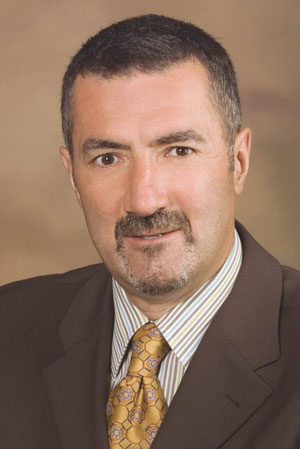 CBA President Guy Joubert says the government’s decision to let the deadline slip past last Nov. 30 without tabling a response to an independent commission’s report has raised the risk of allowing politics to interfere with the judicial compensation process introduced in 1998.

“There was a delay and there is no doubt that delay impacts upon the independence of the judiciary,” Joubert tells Law Times. “It risks politicizing the process,” he adds.

A prominent Law Society of Upper Canada bencher in Ottawa agrees the events of the past two months in the salary dispute with federally appointed judges present a risk to public confidence in the judicial system.

“As a basic principle of our democracy, the judges must be independent of the government, because they are often asked to make decisions about government action or government inaction,” says Tom Conway, counsel with McCarthy Tétrault LLP in the capital.

Under the federal Judges Act, Justice Minister Rob Nicholson had six months to table a response to recommendations made last May 30 from the quadrennial Judicial Compensation and Benefits Commission.

The commission, chaired by Sheila Block, partner at Torys LLP in Toronto, recommended pay increases for Superior Court puisne judges that would have taken their annual salary to $302,000 from the current $258,000 by April 1, 2011.

Pierre Bienvenu, a partner at Ogilvy Renault in Montreal who is counsel for the judicial counsel and the Superior Court judges association, declined to comment on the legal implications of the government’s decision to ignore the Nov. 30 deadline.

He also declined to comment on what remedy the judges might have pursued to force a response.
Even though the judicial council and the association were expecting Nicholson to finally table the government’s response last week, it appears the government may have already contravened the Judges Act by failing to meet the deadline.

After setting out the timelines and duties of the commission for reporting salary recommendations, the act states in s. 26 (7): “The Minister of Justice shall respond to a report of the commission within six months after receiving it.”

The commissions were to convene every four years, with the first struck in 1999 and the second in 2003.
The 2006 federal election interrupted the results of the work of that commission and the response by the Liberal government of the day, led by prime minister Paul Martin, to its recommendations.

The Harper government’s decision in 2006 to replace the Martin government’s response to the commission’s recommendations with a second response with a lower salary increase retroactive to 2004 prompted initial allegations the government was undermining constitutional protection for an independent judiciary.
That controversy was stirred again because of the latest delay.

Nicholson announced the current commission in October 2007 to once again receive recommendations from both sides for salary increases that would take the judicial pay scales to 2011. Former clerk of the Privy Council, Paul Tellier, was named as the commission member recommended by the judiciary.

Wayne McCutcheon, a deputy secretary to cabinet when he retired from the public service in 2005, was named as the commission member Nicholson recommended.

The government’s fiscal room to support salary increases and general economic conditions are among the factors the Judges Act requires the commissioners to consider as they weigh the choices.

Despite the dire economic and fiscal conditions that have developed since December, the government’s controversial fiscal and economic statement delivered to Parliament in late November predicted Canada would not be hit as hard as other countries by the global distress and even forecast modest surpluses.

Notwithstanding the unrealistic outlook at the time, Nicholson postponed the government salary proposals. His office cited the October election and the interruption of Parliament for the fall vote as reasons for the delay.
Joubert, without commenting on the legalities of missing the statutory deadline, expresses regret the response was delayed.

“The whole purpose of the commission is to de-politicize the process,” he tells Law Times. “In the name of justice and the independence of the judiciary, it makes good sense to deal with the report as quickly as possible.”

Asked if the events did indeed politicize the process, Joubert replies: “There’s always a danger of that happening. I know we talk about the independence of the judiciary, but I think to the average Canadian what we really need are fair and impartial judges.

When you have a situation where it could be perceived that a judge is beholden to the government, especially when it comes to salary negotiations, you might lead to a conclusion that a judge may not be fair and impartial. That’s at the core of the independence of the judiciary.”

Conway agrees public confidence in the judiciary is ultimately at stake.

“It’s not good for democracy if the public starts to lose confidence in the judiciary because they think the judiciary is beholden to the government,” he says. “That’s one of the reasons this system has been set up.”