The Greater Toronto Airports Authority’s battle in a high-profile bad-faith dismissal case remains ongoing as the non-profit corporation applies for a judicial review of an arbitrator’s decision awarding an employee $500,000 in damages. 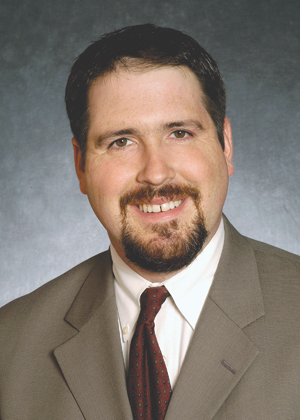 The size of the award by arbitrator Owen Shime has sent shockwaves through the labour relations community, but it was his finding that collective agreements offer employees a “psychological benefit” and “mental security” that worries Dave McKechnie, a partner and employment lawyer at McMillan LLP.

The award included $50,000 in damages for mental distress and a further $50,000 in punitive damages for the way the GTAA treated an employee it suspected of abusing sick leave.

The decision, for which the GTAA has applied for judicial review in the Divisional Court, could open the door to a wave of claims for mental distress, according to McKechnie.

“What is new and concerning to me is this concept that it should be in the reasonable contemplation of the employer that any time they hire anyone under a collective agreement, they’ve automatically given the individual mental security,” McKechnie says. “It lowers the threshold to get to mental distress.”

He adds: “I expect what we will see are claims being made that the employer stripped away my mental security, which caused me mental suffering, and that entitles me to damages for mental distress.”
But Donna Gallant, a partner at Fasken Martineau DuMoulin LLP, sees the mental-security finding as a reinforcement of previous arbitration decisions.

“There’s been recognition by arbitrators generally that loss of employment under a collective agreement is a little different than under the common law,” she says. “There is some value associated with that accrued
seniority and protection they offer.”

Although more claims may result, Gallant points out they can only be successful when a breach of the collective agreement has occurred.

“It could pave the way for more claims for damages for mental distress, but I wouldn’t think arbitrators would be inclined to award them in a case where an employer had proceeded with progressive discipline and had acted in a reasonable fashion.”

Shime found the GTAA had breached the collective agreement because of an implied obligation to administer it in good faith.
“Good faith, in my view, does not cease once the bargaining ends and a collective agreement is signed,” he wrote. “I find that [the GTAA’s] conduct throughout was both unreasonable and in bad faith.”

For Gallant, the truly startling aspect to the decision lies in the facts of the case itself.
“It’s difficult in this day and age to envisage a situation where an employer would terminate a 23-year employee with an unblemished record in circumstances where they were off on a sick leave that was authorized by their surgeon for four weeks,” she says.

In 2003, the employee, 47-year-old C.B., injured her knee at work and was eventually referred for surgery in February 2004. Her surgeon provided a note saying she would need four weeks to recover.

The GTAA, faced with a costly absenteeism problem, conducted surveillance of some employees suspected of fraudulently claiming sick leave. It didn’t initially suspect C.B., but because her partner was under surveillance, the GTAA decided to follow her, too.

GTAA management found that video of C.B. driving, shopping, and walking without a limp was inconsistent with her injuries. Her doctor said she could go back to work a week early on modified duties but, two days after her return, C.B. was confronted with the video evidence and dismissed for cause.

After her termination, C.B. suffered mental trauma and was diagnosed with post-traumatic stress disorder, conditions Shime found were foreseeable by the GTAA.
In a scathing decision, Shime condemned the GTAA for relying on the video evidence, failing to seek medical corroboration for its opinions, and neglecting to consider C.B.’s exemplary disciplinary record.

“I find that the GTAA came to the meeting with a preconceived notion that the griever was dishonest,” he wrote. “The GTAA managers arrogated themselves a medical knowledge as to her condition, despite lacking any medical training whatsoever. Employees are not like tissues to be used up and then thrown out at a whim into the bin of low-level employment or unemployment.”

Daniel Fisher, who appeared for the union, the Public Service Alliance of Canada Local 0004, says the result was a relief after more than five years of fighting.

“At first blush, the amount seems significant, but when you read the decision and you break it down, this award makes sense. The griever’s life was severely relegated, financially, emotionally, psychologically, physically, for having, according to arbitrator Shime’s findings, done nothing wrong.

The decision is of critical importance because it articulates the employer’s liability where bad faith and unreasonable conduct have been established. If the employer acts in bad faith, it’s going to pay.”

McKechnie also objects to the award for punitive damages, which Shime said should act as a deterrent to any future misconduct by the GTAA in administering the collective agreement.

“To me, this employer may have made missteps in the way they handled the situation, but it’s certainly not conduct that’s so egregious that there has to be an award of punitive damages to deter them in similar circumstances,” he says.