Pedestrians and cars appear to be on a collision course in the Greater Toronto Area with 14 fatalities in the first 25 days of this year. 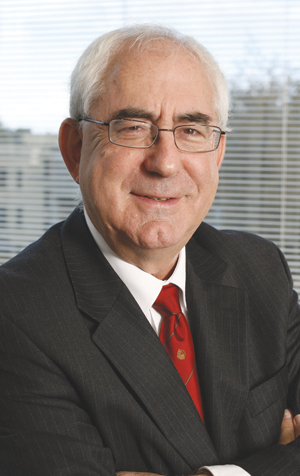 It’s a figure seen for just the second time in 30 years, and Toronto police say all of the accidents were preventable. With many distracted drivers on cellphones despite new legislation, the rise could be just the beginning.

Many would argue we are in the midst of a culture clash between cars, pedestrians and cyclists. On the one hand, there’s the convenience and autonomy of cars versus the rights of pedestrians to cross the road safely and of cyclists to pursue a greener, less expensive mode of transportation.

To be sure, fault lies on both sides, with some cyclists militantly flouting the rules of the road and pedestrians running across intersections just to make an amber light.

One need only recall the tragic case of the confrontation between former attorney general Michael Bryant and a bicycle courier last summer to see the kind of tensions at play.

Alf Kwinter of Singer Kwinter doesn’t believe the issue is any bigger than before. Instead, he feels the events were coincidental.

“The one thing that Toronto has is a real problem with construction sites,” he says. “There’s a lot of roadwork. You can’t go along a main street without encountering construction, and with roadwork, it’s difficult to see people. In some of the cases we’ve had, we’ve had to involve the city or contractors because it hasn’t been clear.”

As well, crossings often aren’t properly marked, making it more difficult to see people. “One of the biggest problems I see is that when you’re driving in the right-hand lane and you’re about to make a right turn, there’s a small space between your vehicle and the curb, and bicyclists will squeeze in there,” Kwinter says.

“I know that’s the cause of a good number of accidents. Some of these cyclists will smash their hand down on your car or kick you or yell obscenities. It’s really aggressive. There’s a lot of aggressive driving on bikes, and I think bicycles are a real problem.”

David Hollingsworth, who runs a personal injury practice for plaintiffs at Goldberg Wiseman Stroud & Hollingsworth LLP  in Ottawa, says one of the big issues in his city is a couple of really “nasty” collisions involving cyclists and buses.

“We have designated bus lanes and designated cyclist lanes and locations in the city where you have to cut across the bus lane to the cyclist lane. There was a fatality, a young woman, doing just that.

That is a hot topic here in Ottawa right now. There have been articles in the paper about what should be done, what they’re going to do to make our cyclists safer.”

Another issue is the widespread flouting of the ban on driving while using a cellphone. But Kwinter says it’s a very difficult law to enforce. “You can pass all the laws you want but if you can’t enforce it so you can take somebody to court and get a conviction, what good is the law?

I haven’t seen any cases where people have been charged but I would think that a police officer would have to be following someone. And if you’re following someone at night, it would be virtually impossible to see what they’re doing.

How do you ever look into the car from behind a vehicle? In the daytime, you’d have to be either following the vehicle for a considerable period of time or be stopped beside the vehicle.

And if anyone sees that they’re being followed by a cop car or that one is beside them, they’re not going to talk on their cellphone.”

Hollingsworth agrees, noting he hasn’t seen or heard of any instances of enforcement. He thinks people are on the phone even more now since cars are better equipped. “There’s no question it’s a problem,” he says.

“You have to dial the number, especially now with 10-digit numbers, and BlackBerrys have small buttons. You can see drivers tapping away at their phone. I guess any conversation, changing the CD is a distraction. But they’ve not got it up at their ear; they’ve got it down in their lap or leaning against the steering wheel.”

The issue has also become an important matter in litigation. “I have a number of cases right now, one in particular which is a fatality, where the strong suggestion is that the driver who caused the accident was texting,” Hollingsworth says.

“That’s now a common thing. Almost every time you’re in an examination for discovery, the question comes up for both parties: whether you were on your cellphone or were texting. The followup question almost always is, ‘Can I have your cellphone records?’ Obviously, that kind of distraction would lead to the contribution of fault.”

But Kwinter says the evidence shows banning cellphone use doesn’t reduce accidents since the distraction factor is still there, even with hands-free devices. “It doesn’t seem to me that it’s solved anything.

It’s more like a political move than anything else. Certainly, it’s quite clear that cellphone use causes accidents. I read one study that said a 20-year-old on a cellphone driving has the same reaction time as a 70-year-old without a cellphone.”

Kwinter adds: “When we drive, we’re taught to drive defensively. I think we have to walk defensively. Imagine that we’re invisible to drivers.

When we cross at a green light, and someone is waiting to turn right, we have to anticipate that person might not see you.

Turning on a red light is an interesting issue since a lot of jurisdictions don’t allow you to do that. Very often they’re looking to their left to see if anyone is coming. We see a fair number of accidents happening that way.”

In fact, Kwinter notes an amazing number of accidents happen at crosswalks. “Add to that a rainy night, the mist on your windscreen. I think all those things contribute to accidents.

I don’t think there’s been a spike. The accidents we’re seeing in my office are basically all distraction.”