Lawyers need to stop worrying about the profession’s reputation with the public since it’s a lost cause, according to a Bay Street lawyer and former politician. 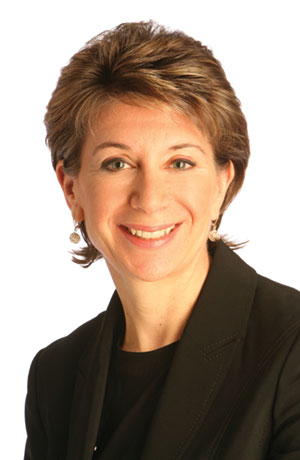 Instead, Tim Murphy, chief marketing partner at McMillan LLP, said lawyers should embrace their role as service providers and focus on improving access to
justice.

“We don’t save lives, we don’t feed people, we don’t rush into burning buildings except accidentally,” he said. “We do play a key role in the system as defenders of the minority view and the unpopular.

Unsurprisingly, that’s going to make us unpopular. I think people understand that it’s a role we play and that it’s important that we play it, but that doesn’t mean they’re going to like it.

Murphy, a former Liberal MPP in Toronto, was the keynote speaker at the Law Society of Upper Canada’s sixth annual Solo and Small Firm Conference and Expo on June 3-4 at the Metro Toronto Convention Centre.

Jokes about the profession have been around for as long as there have been lawyers, and Murphy said those who wish to stamp them out and put themselves in the same bracket as doctors, firefighters, and nurses are simply aiming too high.

“Certain public opinion truths are inalienable. We are seen as a necessary evil; inevitable, like death and taxes. In public opinion terms, we are expensive, inaccessible, have situational ethics, defend criminals, and are involved in politics. Wow, don’t we sound great?”

Murphy said he learned from his time as chief of staff to former prime minister Paul Martin that views as entrenched as that are tough to shake, especially when media portrayals reinforce them. “They carry a decidedly warped view of what we do. That’s just the nature of it, and there’s not much we can do to change it.”

In addition, lawyers are also associated with the most difficult times in people’s lives when they’re facing family breakdowns, criminal charges, accidents, injuries, and other kinds of disputes.

“It’s our job to help when these things happen, so we’re associated with being needed when things aren’t good,” Murphy said.

According to Murphy, the real opportunities to make a difference to the public perception of lawyers come with direct contact.

A study in Alberta showed the vast majority of those who paid for a lawyer were satisfied with the cost, while the Ontario Civil Legal Needs project found more than 80 per cent of people surveyed found lawyers somewhat or very helpful when they retained them to deal with a legal problem.

“People who use lawyers generally feel good about the experience but a lot of people can’t afford lawyers anymore,” Murphy said.

“We should think about innovative ways to make sure the public can get access to those services, especially the middle class who are being squeezed between high-end lawyers at big Bay Street law firms and the cost of services for basic things. If we get quality and access right and that is all we can do, then that is all we should do.”

It’s small-firm practitioners that most members of the public turn to when searching for legal services, according to law society Treasurer Laurie Pawlitza, who called them the “face of our profession in Ontario.”

Sole and small-firm practitioners account for about 12,000, or more than half, of the 23,500 private practitioners in Ontario, while 86 per cent of all firms in the province contain five lawyers or less, according to Pawlitza. There were 450 of them at this year’s conference, plus another 200 watching an online webcast of the proceedings.

They also provide the vast majority of legal aid services and offer almost all legal assistance in languages other than English, French or Italian.

“You’re also the most likely to come from the most diverse backgrounds and so you’re able to help and address the cultural and linguistic needs of Ontarians,” Pawlitza said. “I’m truly proud of all of you and what you do.”

Despite having never practised at a small firm, she said she got insight through the difficulties her husband faced as a sole practitioner.

“It was not an easy time for him, and he’s not necessarily the best businessman,” she said. “There’s an entire skill set that you need to run a small firm or to be a sole practitioner, and not everybody has it.”

Pawlitza said she hoped the conference and other continuing professional development courses now mandated by the law society would help foster the creativity and innovation small-firm practitioners need to succeed.

“Our job is to regulate the profession in the public interest and facilitate access to justice,” she said. “If we can help you help the public, then we’re doing our job and you can keep doing yours.”