A pilot program to give victims of sexual violence free legal advice is the most promising part of the Ontario government’s new plan to stop sexual violence from the justice system’s perspective, according to a Dalhousie University law professor. 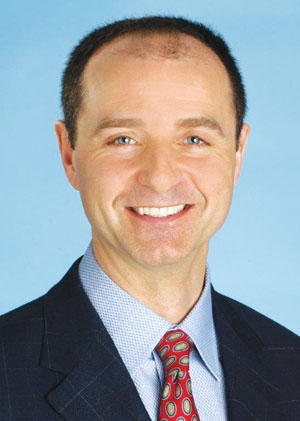 “I think that’s huge and it has huge potential to respond to what continues to be this problem of sexual assault complainants experiencing the criminal justice process as traumatic,” says Elaine Craig, an assistant professor at Dalhousie whose work focuses on the experience of victims of sexual assault in the justice system.

“It’s something I’ve personally urged in the past.”

Craig says she’d like the pilot project to go even one step further to provide for fully funded legal representation for victims of sexual assault.

Toronto criminal defence lawyer David Butt provides legal assistance to victims of sexual assault. He, too, says it’s crucial that victims have legal representation in court whenever the process engages their constitutional rights.

“I have the deepest respect for Crown attorneys, but they don’t act for complainants and they will be the first ones to tell you that,” says Butt.

Premier Kathleen Wynne’s action plan, dubbed It’s Never Okay, also includes a proposal that would see Crown counsel and police receive mentorship and training on how to deal with cases of sexual violence.

The plan also includes amending the Limitations Act to remove deadlines for pursuing civil sexual assault claims. In addition, the scheme would see an amendment to rental-housing legislation to allow victims of sexual assault to break their lease if they’re fleeing violence.

Wynne also plans to update Ontario’s health and physical education curriculum in a bid to foster a deeper understanding of healthy relationships and consent.

Craig says the plan is an example of an “innovative” way of addressing issues through a multipronged, systemic approach and not just stiffer penalties.

“It reveals some understanding on the part of the government that this is a social problem that can’t be responded to simply by . . . stiffer sentences or mandatory minimums,” says Craig.

“It stands in stark contrast to the federal government’s law-and-order, narrow-minded approach to what is a complex social problem,” she adds.

While it’s encouraging to see the government taking action, Butt says the changes announced earlier this month are just a start.

“All together, I’d call these baby steps. We’re looking at a profound structural failure,” says Butt, who points to statistics in the province’s report on the issue that say that for every 1,000 sexual assault incidents in Canada, 33 are reported to police, 12 result in charges, six are prosecuted, and just three lead to a conviction.

“If any private business had a customer satisfaction rate of 0.3 per cent, which is what that is, they’d be bankrupt in a heartbeat,” says Butt.

“What we’re staring at is a profound systemic failing.”

In addition to full legal representation for victims of sexual assault, Butt says he’d like to see a range of options for those seeking justice, including restorative justice alternatives.

“Anyone who is familiar with the complicated aftermath of sexual victimization will recognize that the responses to that are as diverse and varied as the women who are victimized. Some want a full-blown prosecution, some want alternative measures, some want to sue civilly,” says Butt.

“I’m not saying that’s not the best solution in many cases. It probably is, but how about giving Crown attorneys, for example, a civil option? Or how about a healing circle?”

But there’s some disagreement on whether this is a good area for restorative justice alternatives like healing circles.

“There were attempts in Nova Scotia in the past to use those processes in the context of sexual violence and they were not well received,” she adds. “In fact, there’s a moratorium on them in this province.”

Craig says she was happy to see in the government’s report that the province is working with the Law Society of Upper Canada to make sure lawyers uphold their professional responsibilities and Canada’s rape-shield laws that limit the use of a sexual assault survivor’s history as evidence in criminal cases.

That’s an area that gets no attention, according to Craig. “We don’t have any examples, I think, of lawyers being disciplined by regulators for, say, invoking sexist stereotypes about sexual assault complainants,” she says.

While defence counsel should strictly uphold rape-shield laws, Butt says efforts to further boost the role of criminal lawyers in improving victims’ experience in the justice system should consider the dangerous potential of hindering a vigorous defence.

“It only takes one or two wrongful convictions for people to lose a whole lot of confidence in the system as a whole, so we have to be very careful when we look at that side of the ledger,” he says.

“As long as you recognize that as No. 1, yes, you can take a very careful look at how these cases are being defended and if the way they’re defended is part of the problem.”