Seven years after Ashley Smith strangled herself to death with a piece of clothing in a small prison cell, there has been “no substantial change” to the use of solitary confinement, according to the ombudsman for federal inmates. 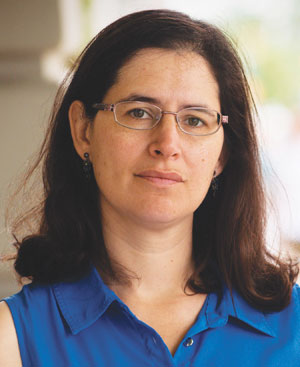 Despite recommending a complete prohibition on the use of segregation of prisoners who suffer from mental-health conditions, Howard Sapers of the Office of the Correctional Investigator says that with no policy changes in place, admissions to segregation cells are in fact on the rise.

At any given time, there are 850 inmates in solitary confinement in Canada’s federal penitentiaries. According to the Office of the Correctional Investigator, there were 8,700 segregation placements in 2011-12. That’s an increase of 700 in the last five years.

“We saw about a six- to seven-per-cent increase over the last five-year period,” says Sapers. “And for the most part, that increase is in involuntary segregation.”

Authorities place people in segregation when they’re a threat to the safety of the institution or when officers are concerned for an inmate’s own safety, says Sapers. Inmates may also go to segregation when there’s a concern that their presence in the general prison population could jeopardize an ongoing investigation.

But the Office of the Correctional Investigator and other human rights groups have significant concerns about the trend of placing inmates in solitary confinement to manage their mental illnesses or tendency to injure themselves. There’s a dangerous irony involved, according to the Office of the Correctional Investigator, which reports that one-third of all self injuries in federal prisons happen in segregation cells. In addition, studies have found the social deprivation of solitary confinement can exacerbate mental-health problems.

Segregation cells can be as small as five square metres with a small observation window, a steel door, and a food slot, says Sapers, who notes inmates spend 23 hours a day in them. “Segregation is the least therapeutic place in prison,” he says. Authorities don’t necessarily place prisoners with mental illnesses in segregation for being violent, Sapers adds, noting that sometimes their behaviour is simply “annoying” to other inmates and officers fear for their safety in the general prison population.

Still, “administrative detention is a tool that shouldn’t be in the tool box,” says Noa Mendelsohn Aviv of the Canadian Civil Liberties Association. The CCLA has recommended a more proactive response to mental illness instead of waiting until inmates’ condition severely deteriorates and then placing them in segregation. Various types of programs can help manage mental illness among inmates, according to Mendelsohn Aviv.

In 2011, Juan Méndez, the United Nations special rapporteur on torture and other cruel, inhuman or degrading treatment or punishment, concluded that solitary confinement for more than 15 days results in “irreversible” adverse psychological effects. In Canada, inmates on average spend 31 days in solitary confinement. Mendelsohn Aviv says Méndez’ report wasn’t the first to reach that conclusion. She argues it’s in the public’s interest that prisoners leave penitentiaries in better shape than when they went in.

“People were shocked and horrified when they heard what had happened to Ashley Smith but they don’t know about all the other inmates that are in similar types of conditions.”

According to Sapers, there’s a growing recognition south of the border that prisons use solitary confinement too often. In Canada, the rise in the use of segregation may be due to overcrowding and the resulting tension brought by the competition for resources, says Catherine Latimer, executive director of the John Howard Society of Canada. The increase in the inmate population has led to the construction of 2,700 new cells at existing institutions, she adds. “Whenever you get a high density of inmates, you end up with more behavioural issues, so that in itself contributes to more use of solitary confinement.”

“You get placed in segregation for disciplinary problems or at the request of the person. So oftentimes, you’ll find people who will feel vulnerable in the general population and they will ask to be placed in solitary confinement,” says Latimer.

But for Latimer, it’s simply not enough to say inmates go to segregation for their own safety. “I recognize that the correctional authorities have a duty to keep people safe, but there should be some way of doing that, like a separate wing of a prison, rather than putting them into something which is also understood to be a disciplinary mechanism and very hard on their mental health.”

Sapers says his recommendation for independent adjudication before prolonging inmates’ stay in segregation has gone nowhere. Currently, after the first five days in segregation, a review takes place to decide on whether to continue solitary confinement, he says. It’s a review that’s “so critically important” that it should be a person other than the one who decided to place an inmate in segregation in the first place who makes the decision on whether to prolong it, he adds.

Reviews take place at the 30-day mark as well as every 60 days after that. Smith never had the benefit of the reviews since she never stayed at one institution long enough to hit the mandatory dates. Since her death, the Correctional Service Canada has adopted a recommendation by the Office of the Correctional Investigator to have the segregation clock start on the first day of placement in solitary confinement regardless of which institution a prisoner is at.

The correctional service didn’t respond to a request for comment about the segregation issue.

As Canada’s prisons begin to overflow, a four-part Law Times series this summer will use data from various reports to look at the issue of segregation and other trends within the correctional system.