A Financial Services Commission of Ontario ruling that made it easier to prove catastrophic brain injury has survived a judicial review at the Divisional Court. 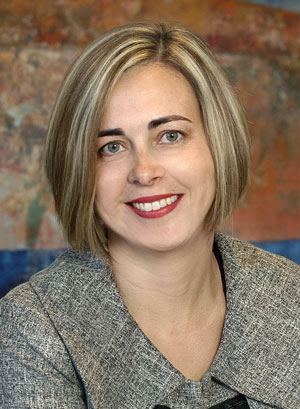 Last year, the Financial Services Commission of Ontario chose a broad definition of brain impairment and a more generous interpretation of the reasonable time period to test for it. The ruling is favourable to insurance claimants seeking a catastrophic impairment designation.

In Security National Insurance Co. v. Hodges, the insurance company argued Goderich, Ont., resident Manos Hodges’ score on the Glasgow coma scale, a tool used to measure unconsciousness, was inaccurate as it occurred after he had received drugs that affected his awareness.

The insurance company also claimed test scores obtained more than 24 hours after the accident were outside the rule requiring them within a reasonable time period.

But on the judicial review application, the Divisional Court made it clear it has no intention to set restrictions based on those factors.

“Security National submits that the legislative intent is to ensure that [Glasgow coma] scores with no prognostic value should not be used to determine catastrophic impairment. We do not agree,” the court said in its July 14 endorsement.  “That would turn a legal test into a medical test.”

The law says a Glasgow coma scale rating of nine or less within a reasonable time period after an accident denotes catastrophic brain impairment. The purpose of the test is to allow a person to make a claim for enhanced benefits, the court said, noting it’s far from a guarantee a claimant will actually get those benefits.

“The person will still need to show entitlement based upon his or her subsequent medical condition and the degree of impairment sustained. The legislative intent in providing [Glasgow coma] scores as a proxy measurement of injury is simply to weed out the weakest claims at an early stage,” said the court in a ruling issued by justices Edward Then, David Aston, and Alison Harvison Young.

“The legislature could not have intended that seriously injured individuals would fail to receive a catastrophic impairment designation simply because their [Glasgow coma] score was confounded by the severity of their other injuries or treatment.”

The insurer in this case was trying to “rewrite the legislation,” says Tammy Ring, the practice group leader of the plaintiff personal injury group at Lerners LLP who represented Hodges in the case.

“This is a legal test set out in the statutory acts and benefits schedule. What the insurer was suggesting was to change it basically into a medical test to impose other conditions, to look at CT scans or to find some other test that they thought was better suited rather than applying what the test was in the legislation.”

The court’s finding in this case is consistent with the way other courts and adjudicative bodies have dealt with the matter, she says.

Linda Matthews, counsel for Security National Insurance, says she can’t comment on the ruling as her clients have not yet made a decision on whether to appeal it. They have until July 28 to make that decision, she says.

Insurance companies may argue the decision will open up the floodgates for similar coverage applications, but that concern “has not been borne out,” says Ring.

“My understanding is that fewer than one per cent of all injury claims fall under the catastrophic test,” she says.

“So we’re not talking about a huge number of people but we’re talking about people who are really seriously hurt. It’s really important that these people get the access to benefits quickly.”

Changes to Rules of Civil Procedure will save paper, time and money, say lawyers

Changes to Rules of Civil Procedure will save paper, time and money, say lawyers