Personal injury boutiques are keeping up the fight against non-lawyer ownership of law firms after the Law Society of Upper Canada put the subject of Alternative Business Structures back on its agenda.

Personal injury boutiques are keeping up the fight against non-lawyer ownership of law firms after the Law Society of Upper Canada put the subject of Alternative Business Structures back on its agenda. 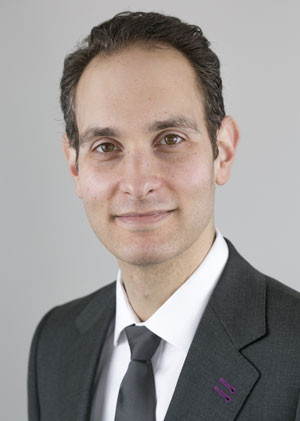 Back in 2015, the regulator’s ABS working group stopped studying a proposal to allow non-lawyers to take majority stakes in law firms, shelving the idea after a storm of protest from within the profession.

However, the working group continued looking at other models of non-licensee ownership and, in June, returned with a motion to allow charities, non-profits and trade unions to offer legal services directly to their clients.

Despite the harmless-sounding nature of the groups involved, Brian Cameron, a partner with Oatley Vigmond Personal Injury Lawyers LLP in Barrie, Ont., remains highly skeptical of the motion, claiming its passage would be the first step on a slippery slope.

“My personal view is that this is no more than the first step towards non-lawyer ownership. If it passes, I guarantee within two years we’ll be looking at non-lawyers with minority holdings,” he says.

“Nobody has a problem with the Red Cross having a law firm. My problem is with the unintended consequences of this and the erosion of the private bar, which are going to be disastrous.
“You get the sense they couldn’t do it all at once, so they are going incrementally,” Cameron adds.

And his suspicions weren’t helped by the manner in which the LSUC proposal made it to the attention of the profession, appearing in public for the first time just ahead of the June Convocation when benchers would vote on it.

“I was very concerned by the way it was scheduled,” Cameron says, adding that interested stakeholders such as the Ontario Trial Lawyers Association, one of the chief opponents of ABS in the province, should have been consulted ahead of time.

“It looks like they’re trying to pull a fast one and get something in under the rug.”

However, Bencher Malcolm Mercer, the co-chairman of the LSUC’s ABS working group, says personal injury lawyers have nothing to worry about, pointing out that the motion refers only to certain “civil society organizations.”

In any case, the motion was withdrawn with a plan to return to Convocation later in the fall, in order to give the OTLA and others a chance to make their voices heard.

“Frankly, it’s a surprise to me that anyone could have concerns about charities and not-for-profits providing legal services to people whose needs are not currently being met,” Mercer says.

As the rules currently stand, lawyers employed by charities can provide legal services to the charity itself, but they are unable to act directly for its clients, leaving often-vulnerable people to seek out their own legal help.

The working group’s report notes that “the acute unmet legal needs in Ontario are well documented.

“Against this backdrop, the direct delivery of legal services by civil society groups, properly structured, could have several access to justice benefits,” it reads.

Those benefits include providing new entry points for vulnerable clients, reducing the number of referrals it takes to get them legal services and assessing their “multifaceted and interconnected” problems early before they cascade into a host of other issues, the report says.

The working group consulted with management at Salvos Legal and Salvos Legal Humanitarian, two law firms owned by the Salvation Army in Australia.

The former operates like a conventional firm serving a wide array of public and private clients but funnels all its profits into the operation of the humanitarian arm, which provides free advice to those in need from “advice bureau” hubs located in Salvation Army buildings.

The report says the charity is interested in expanding its model to Ontario once regulatory changes allow it to proceed.

The working group‘s proposed approach to let that happen would see CSOs register with the LSUC to offer legal services via its embedded lawyers and paralegals in certain prescribed circumstances.

The scope of the offering would be set by the LSUC, with a focus on protecting privilege and ensuring licensees retain control of matters.

CSO registration could also be revoked if the situation changed, the report suggests, calling it “an innovative, proportionate regulatory option.”

“When concerns were raised, our response was to provide more time.

When lawyers have a chance to reflect, I think they will conclude that it’s a good thing,” Mercer says.

“To the extent that the responses identify circumstances where the proposals may not make sense, I think that’s legitimate, but I don’t think one should, as a result of that, say there isn’t any way to open up the provision of legal services.”

Charles Gluckstein, chairman of the OTLA’s own ABS committee and a partner at Toronto firm Gluckstein Personal Injury Lawyers, says the group has yet to finalize its position on the motion.

“On the face of it, the idea of allowing these charitable and non-profit organizations to apply for some kind of licence is not very offensive, but the devil is in the details,” he says.

Gluckstein says U.K.-based Aspire Law LLP, another of the examples mentioned in the LSUC materials, raises some red flags for him.

The ABS provider, a joint venture between a personal injury law firm and a spinal cord injury charity, funnels half of the firm’s profits back into the charity to provide housing and support for its clients.

“It doesn’t read as very philanthropic, and I’m not sure the charity does its members any favours by directing them to this one firm instead of giving them a choice of representation,” Gluckstein says.

He adds that spinal cord injury victims are not typically under-served by lawyers in Ontario.

Mercer says he welcomes the chance to hear feedback on the proposals and adds that his group’s investigation of franchise models and minority ownership by non-licensees is ongoing with further reports to follow.

But Cameron fears even confining non-lawyer investments to minority levels will not be enough to prevent ABS from commoditizing legal services in a damaging way.

“A 49-per-cent stake is still pretty significant,” he says.

“Capital is going to flow to wherever money can be made, and the lawyers taking the investments are going to be more concerned with the bottom line than with their clients.”

Cameron says the idea that a full embrace of ABS would improve access to justice is a “scam.”

“It’s more likely to do the converse, because when you have to think about how a case looks to your investors, you have less incentive to take marginal or pro bono ones,” he says.

Goldfinger says Ontario lawyers should heed warnings from other jurisdictions that have experienced ABS in action, where personal injury law has proved a popular target for new businesses.

“You don’t see many criminal or landlord-tenant ABS firms.

They’re going to be out for personal injury law firms, which I see as a real risk for innocent accident victims,” he says.

“If the company’s not turning a profit, then the leadership turns over. All they care about is the bottom line and what the shares are doing.”

He says Australia-headquartered Slater and Gordon, the poster child of ABS as the first publicly traded law firm in the world, proves his point.

The firm’s senior management was recently forced out by an American hedge fund after its share price collapsed following an ill-fated acquisition.

“If the law society really is concerned about the public and their ability to have their cases advanced, the ABS model doesn’t do it,” Goldfinger says.

The report to Convocation in June indicates there may be other hurdles facing the introduction of ABS in Ontario, according to participants in by-invitation focus groups.

“While seeing considerable advantage in allowing [civil society organization] clients to receive legal services together with other CSO services, the meeting participants noted that lifting regulatory limitations would not necessary result in the delivery of legal services by CSOs because of the need for funding,” it said.

“However, meeting participants nevertheless encouraged the Law Society to address regulatory limitations to enable delivery of legal services where possible.”

It also says “Meeting participants raised a range of concerns and risks, but also suggested that they can be addressed, and should not be treated as ‘show stoppers.’”