Amid concerns about a new lifelong gag order for government lawyers who’ve seen top-secret documents, the union that represents Department of Justice counsel says it’s paying more attention to a partisanship bill that will affect 40 lawyers. 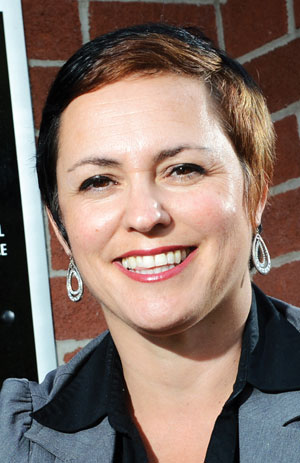 While the federal government quietly amended secrecy provisions on March 12 to cover Department of Justice lawyers who have looked at sensitive documents, the president of the Association for Justice Counsel says the changes will likely have few implications for counsel already bound by solicitor-client privilege.

“I could tell you quite frankly that we had no expressions of concern from members unlike other pieces of legislation that have affected them,” says Lisa Blais, president of the association. As a drug prosecutor herself, Blais says she’s “mindful that our members deal with sensitive material, [including] terrorism cases where confidential informants are used.”

While she understands the reason for the secrecy order as there have been “lapses” in the past with information reaching people it shouldn’t, there’s no justification behind the proposed bill C-520, according to Blais.

If passed, Conservative MP Mark Adler’s private member’s bill would require those who apply for certain government positions to disclose their political affiliations and activities for the last 10 years. While the bill, dubbed the supporting non-partisan agents of Parliament act, targets political links, it’s overkill in that it threatens to “politicize public service,” says Blais.

Forty government lawyers are part of the targeted positions, she notes, calling the proposal a form of a “witch hunt” that will create a chilling effect on lawyers.
If someone makes a complaint against any of those lawyers for acting in a partisan manner — something Blais says “has yet to be defined” — they’ll face an investigation by Parliament.

“That’s much, much more of a concern to us because we feel that it will create a chilling effect on the work our lawyers would do. Some might think twice about criticizing government initiatives or policies when it’s perfectly within the context and the parameters of their job. . . . They may feel that they’ll be subject to a complaint,” she adds.

The union is at a loss as to why a bill like C-520 is necessary, according to Blais.

“There are already safeguards and provisions under other legislation that will investigate true and legitimate complaints of partisanship,” she says.

To date, the union isn’t aware of any complaints about lawyers who have acted in a partisan manner while working for agents of Parliament, according to Blais.

Last month, the agents of Parliament targeted by the bill sent a letter to Pat Martin, chairman of the standing committee on access to information, privacy, and ethics, to express their concerns. Their first concern, they said, is that the disclosure requirement would affect the hiring process.

“If an individual had declared prior politically partisan positions and, due to reasons of merit was unsuccessful in obtaining a position in the office of an agent of Parliament, the decision not to hire that individual could be challenged under [other legislation] on the basis that the declaration impacted the hiring process,” the letter said.

“Second, there is no definition of what constitutes partisan conduct, no threshold of evidence that would be required to request an examination, and no remedial action for the manager or any redress mechanism for the employee.”

The Office of the Privacy Commissioner of Canada is looking into the matter, said spokeswoman Valerie Lawton.

“We are continuing our work to examine this proposed legislation,” she said.

“We await news on next steps to be taken on this bill by Parliament. Our current work is directed toward providing analysis and recommendations to Parliament through a possible appearance before committee.”